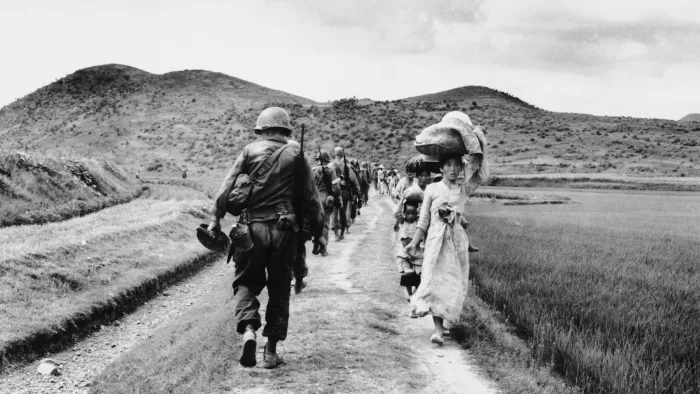 How well do your kids know about world history, oldest cities, and civilizations, the ‘firsts’ and beginnings of many of the things that have come to be in our world today, as well as the many great wars that have redefined present-day countries and cities of the world? Based on facts and data, this article is one specifically created to work magically in the mind of the learners.

This trivia quiz will not only serve as a test of knowledge, but you can use it to teach your kids and enlighten them on some of the events and wars that have happened over the years, and will always be remembered in our history books.

1. What is the name of the machine that was used for beheading during the French Revolution?
Answer: Guillotine.

2. Which is the oldest republic in the world?
Answer: Republic of San Marino.

3. Which country has the richest history in the world?
Answer: Egypt.

5. Which country has had the most Nobel Prize winners?
Answer: United States of America.

6. What is the oldest city in the world?
Answer: Jericho (Palestine).

7. What is the oldest language on earth that is still in use?
Answer: Tamil.

8. What was the largest earthquake ever recorded?
Answer: The Great Chilean earthquake.

9. The shortest war in human history was between which two countries?
Answer: England and Zanzibar.

10. How long did the war between England and Zanzibar last?
Answer: Between 38 & 45 minutes.

11. One of the ancient world wonders, the “Hanging Gardens,” was found in which city?
Answer: Babylon.

12. Which is the only ancient wonder of the world still in existence?
Answer: The Great Pyramids of Giza.

13. Which famous battle took place on Sunday, June 18th, 1815 between Napoleon’s French Army and the Duke of Wellington?
Answer: The Battle of Waterloo.

14. How many U.S. presidents have been assassinated?
Answer: 4.

16. What great feat did Yuri Alekseyevich attain on April 12, 1961?
Answer: The first man to travel into space.

17. Which mountaineer and his Sherpa became the first men to conquer Mount Everest?
Answer: Edmund Hillary and Tenzing Norgay.

18. How did Alexander the Great solve the puzzle of the Gordon knot?
Answer: He cut it with a sword.

20. Which Greek historian is known as the “Father of History”?
Answer: Herodotus.

21. Where were the first modern Olympics held?
Answer: Athens, Greece.

22. Who was the first woman in space?
Answer: Valentina Tereshkova.

23. Octavian defeated Mark Anthony and Cleopatra, Queen of Egypt in which famous naval battle?
Answer: The Battle of Actium.

24. Who was the first man to swim on the English Channel?
Answer: Matthew Webb.

25. What is the name of the first human civilization?
Answer: Mesopotamia.

26. Which modern-day country used to be Mesopotamia?
Answer: Iraq.

28. What is the name of the first car ever made?
Answer: The Motorwagen.

29. The Motorwagen car was made by who?
Answer: Karl Benz.

30. Which charter created in 1215, is known as the English Great Charter?
Answer: The Magna Carta.

31. Who signed the Magna Carter?
Answer: King John of England.

32. Which Greek mathematician is known for running through the streets crying “Eureka”?
Answer: Archimedes.

33. How many times has the Mona Lisa painting been stolen?
Answer: One.

35. The “Whitechapel Murderer” is the nickname given to which serial killer?
Answer: Jack the Ripper.

37. Which two German territories did the Berlin Wall divide?
Answer: The East and the West.

38. The Incan Empire is located in which modern-day country?
Answer: Peru.

40. Before independence, what was Bangladesh called?
Answer: East Pakistan.

42. Who is the most famous German Nazi leader and dictator of all time?
Answer: Adolf Hitler.

43. Which French Emperor is regarded as the greatest war general of all time?
Answer: Napoleon Bonaparte.

44. What is the name of the disease that ravaged and killed a third of Europe’s population in the 14th century?
Answer: The Bubonic Plague.

45. The Hundred Years War was fought between what two countries?
Answer: France and England.

47. In the 5,000 years of human history, what is the one disease that has been completely eradicated?
Answer: Small Pox.

48. What is the longest war in U.S. history?
Answer: The War in Afghanistan.

50. The Battle of Hastings was fought in which country?
Answer: England.

52. Who was the first President of the USA?
Answer: George Washington.

53. Who was the first Western explorer to reach China?
Answer: Marco Polo.

54. How old was Philo Farnsworth when he invented the television?
Answer: 22.

56. Along with Hiroshima, Japan, which Japanese city was hit by an atomic bomb in 1945?
Answer: Nagasaki.

57. Who is the only person who survived both the Hiroshima and Nagasaki atomic bombings?
Answer: Tsutomu Yamaguchi.

58. Who was the first female prime minister of Britain that is also famously known as the “Iron Lady”?
Answer: Margaret Thatcher.

60. The Cold War was between the United States and what other world power?
Answer: The Soviet Union.

61. The Reign of Terror was a period during which major social and political events?
Answer: The French Revolution.

62. What is the costliest hurricane that ever happened in US history, and in what year did it happen?
Answer: Hurricane Katrina; 2005.

63. Which religious group was formed by Martin Luther?
Answer: The Protestant Reformation.

64. What was the name given to the laws aimed at enforcing segregation in public places in the United States?
Answer: Jim Crow Laws.

67. Which two African nations were the only ones on the continent that were not colonized by the Europeans?
Answer: Ethiopia and Liberia.

68. What is the name of the first calculating tool that was ever used?
Answer: The Abacus.

69. Which ship was known as the “Unsinkable Ship”?
Answer: The Titanic.

70. Who German philosopher is known as the Father of Communism?
Answer: Karl Marx.

71. What was the first dynasty of Imperial China?
Answer: Qin dynasty.

73. Which international organization formed after World War I and was headquartered in Geneva, Switzerland?
Answer: League of Nations.

74. Who was the longest ruling monarch of the world?
Answer: King Louis XIV.

75. Who is the second longest reigning monarch of the world, with only 2 years backward on King Louis XIV’s title?
Answer: Queen Elizabeth II of England.

78. Who is the first black president of the USA?
Answer: Barack Obama.

79. What name is given to the first ten amendments of the U.S. Constitution?
Answer: Bill of Rights.

80. Which union of 28 member countries uses the euro as their sole currency?
Answer: European Union.

82. What was the previous name for New York?
Answer: New Amsterdam.

83. Which country did the United States acquire Alaska from?
Answer: Russia.

84. What is the name of the island Napoleon was exiled to?
Answer: Elba.

85. Who was the founder of the Mongol Empire?
Answer: Genghis Khan.

86. What modern-day city was known as Bombay?
Answer: Mumbai.

87. Who was the first African American Supreme Court Justice of the United States?
Answer: Thurgood Marshall.

88. What is the name of the strip of land that divides the Korean Peninsula?
Answer: Korean Demilitarized Zone.

90. What were warriors in Japan known as?
Answer: Samurais.

91. Which international organization committed to maintaining international peace and security, was founded after WWII?
Answer: The United Nations.

93. In which ocean did the Titanic sink?
Answer: The North Atlantic Ocean.

94. How many years was Nelson Mandela imprisoned?
Answer: 27.

95. The Statue of Liberty was a gift from which country?
Answer: France.

96. What kind of animal did Cleopatra use to kill herself after she was conquered by Octavia?
Answer: A snake.

97. What is the smallest country in the world?
Answer: Vatican City.

98. What is the name of the Greek goddess of victory that a famous shoe brand takes its name from?
Answer: Nike.

99. Which country was the first ever to allow women to vote?
Answer: New Zealand.

102. What was the term for the official policy of racial segregation in South Africa until 1994?
Answer: Apartheid.

103. Which man is widely recognized as a key figure in the ending of the apartheid regime?
Answer: Nelson Mandela.

105. Which country was the first to legalize gay marriage?
Answer: The Netherlands.

106. The Great Pyramids of Giza consist of how many pyramids?
Answer: Three.

107. Which queen is considered to be the most successful female pharaoh of Ancient Egypt?
Answer: Queen Hatshepsut.

108. In 1588, King Phillip II of Spain sent 130 ships to invade England. What was this fleet of ships called?
Answer: The Spanish Armada.

109. Which two countries were involved in the Kargil War?
Answer: India and Pakistan.

110. What number system was used in ancient Rome and is still in use today?
Answer: The Roman Numerals.

111. What were the two most powerful city-states in ancient Greece?
Answer: Athens and Sparta.

112. Which game in Ancient Greece was a religious festival dedicated to Zeus that took place every four years?
Answer: Olympic Games.

113. Which major Roman city was destroyed because of the eruption of Mount Vesuvius?
Answer: Pompeii.

114. The ‘Acropolis’ is the Greek word for a city that is built where?
Answer: On top of a hill.

115. What is the most used Chinese invention?
Answer: Paper.

116. Who was the first emperor of Rome?
Answer: Emperor Augustus Octavian, (also known as Augustus Caesar).

117. Who was the adoptive father of Emperor Augustus, who also happened to be his uncle?
Answer: Julius Caesar.

118. In Egypt, the Sphinx is a statue of a man and the body of which animal?
Answer: A lion.

119. Spitfires were used during which war?
Answer: World War II.

123. What was the deadliest war in American history?
Answer: The American Civil war.

124. The division and colonialization of Africa by the Europeans was known as?
Answer: The Scramble for Africa.

125. What was the deadliest war in the world after World War II?
Answer: The Second Congo War.

126. What is the world’s oldest continuously inhabited city?
Answer: Damascus.

127. Who made the first trip around the world?
Answer: Ferdinand Magellan.

128. Which war was a conflict between Napoleon’s empire and the allied powers of Britain, Spain, and Portugal?
Answer: The Peninsular War.

129. The Gatling gun was employed in combat for the first time during which war?
Answer: American Civil War.

130. Which two countries are the most contaminated by landmines in the world?
Answer: Egypt and Iraq.

What is another name for Paraguayan War which was between Brazil, Argentina, and Uruguay?
Answer: The War of the Triple Alliance.

131. Which person’s name is the word “America” derived from?
Answer: Amerigo Vespucci.

132. Which country in the world has won the most wars?
Answer: France.

133. What is the name of the ancient battle gloves that were used in Roman gladiatorial events?
Answer: Cestus.

134. What is the most famous area used by the Romans for gladiatorial events and combat?
Answer: The Colosseum.

135. Which woman is the founder of modern nursing and is also known as “The Lady with the Lamp?”
Answer: Florence Nightingale.

136. Which war is also referred to as the “African World War?”
Answer: The Second Congo War.

137. Which war ended the dictatorship in Mexico?
Answer: The Mexican Revolution.

138. What military leader spread Greek culture from his native Macedonia to the Indian subcontinent and to the world at large?
Answer: Alexander the Great.

139. Who is the most decorated war veteran in US history?
Answer: Audie Murphy.

140. What is the name of the flammable liquid that was developed in a secret laboratory at Harvard University and was used as a war weapon?
Answer: Napalm.

141. What war ended with the Battle of Worcester?
Answer: The English Civil War.

142. Which three countries were involved in the War of the Three Kingdoms?
Answer: England, Scotland, and Ireland.