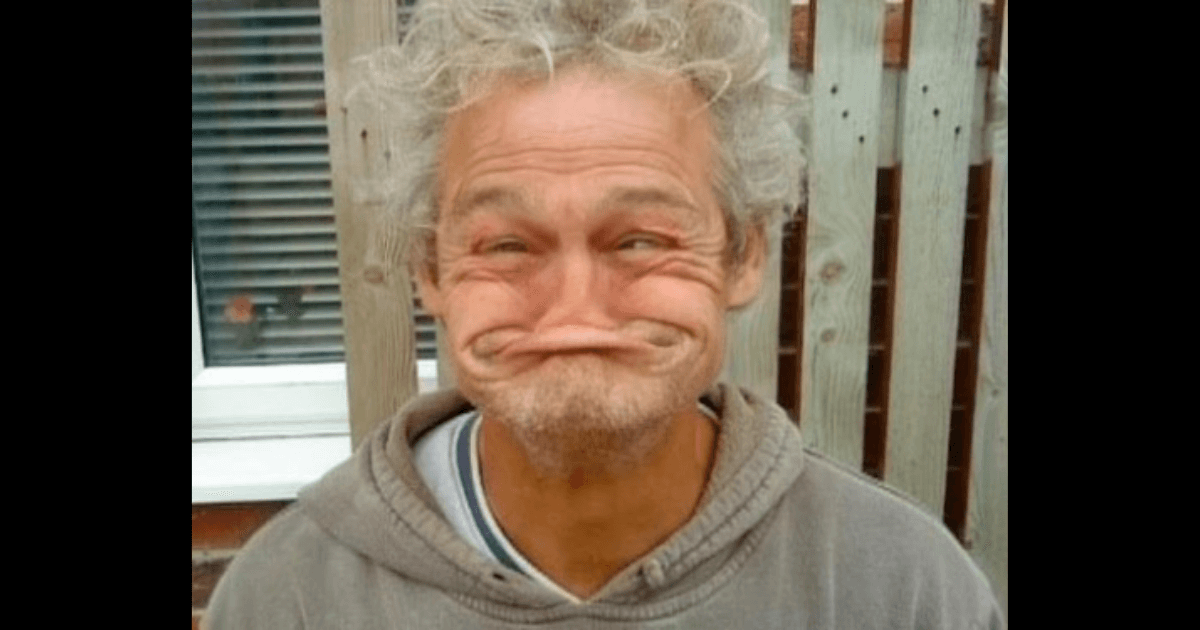 30 weird sports around the world

The world of sports is quite vast and varies greatly but unlike popular sports such as soccer, basketball, boxing & tennis, some sports are relatively unknown but still brings the same level of excitement and passion amongst fan. Get ready to be taken aback by some weird and unique sports around the world, that will leave you asking yourself some funny questions. 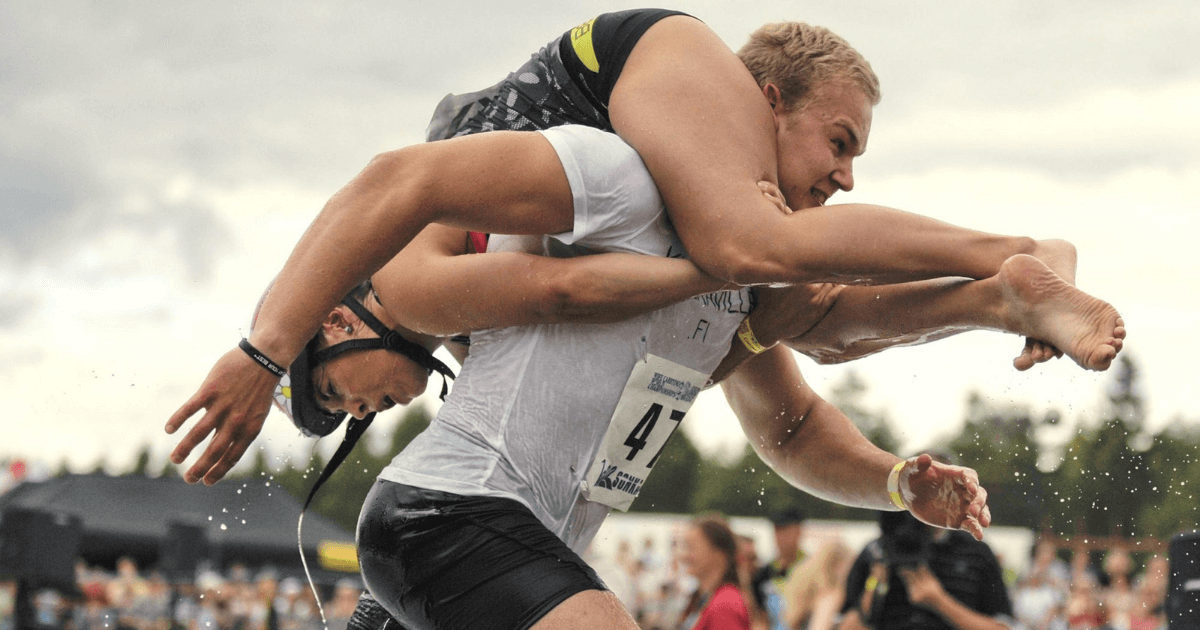 Wife Carrying sports. Photocredit: nbcnews.com1. It might sound a bit funny but “Wife Carrying” is actually a sport in Finland with people coming from all over the world to participate. Wife carrying is a contest in which male competitors race while each carrying a female teammate.

2. Although Extreme Ironing was started about two decades ago by a man named Phil Shaw in Leicester, Extreme Ironing is an extreme sport in which people take ironing boards to remote locations and iron items of clothing.  It is usually carried out in dangerous places like the middle of a motorway or the edge of a cliff.

3. It’s not common in mainstream Europe but Kabbadi is quite popular in Bangladesh. According to wikipedia.org, Kabbadi Played between two teams of seven players, the objective of the game is for a single player on offence, referred to as a “raider”, to run into the opposing team’s half of a court, touch out as many of their defenders as possible, and return to their own half of the court, all without being tackled by the defenders, and in a single breath.

4. Chess Boxing is quite interesting as it is a combination of brain and brawn. The game is made up of 11 rounds with three minutes being allocated to each round and both sports are been alternated between the competitors. The object of chess boxing is to either beat your opponent in alternate rounds of chess or boxing.

5. Quite unconventional but Slapping each other is a competition in some part of the world whereby the opponent with the strongest slap wins the game.

6. Although it started in Africa, Ostrich Racing is now gaining more popularity in the United States. It entails people riding on Ostriches running at a staggering speed of up to 70km per hour with spectators around to watch the game.

7. Underwater Hockey has to be one of the craziest sport ever with paddles being used to hit the puck into the opponent’s goal.

8. Zorbing is actually fun-filled and likewise risky. The game entails individuals being placed into huge transparent balls and running down through waters or difficult obstacles.

9. Shovel Racing is quite dangerous and was formerly a sporting event in the winter X Olympics in 1997. It actually entails riders racing down a snowy or icy hill while sitting on a Shovel.

10. Cycleball is another interesting but difficult sport as it entails two teams trying to get the ball into their respective goalpost by using the wheels of their bicycles and heads.

11. Sepak Takraw is a mixture of football, volleyball, and a few martial arts. It involves two teams with three players on each side and must put the ball in the net of the opponent without their hands touching the ground.

12. Cheese Rolling is another fascinating game that has been around for over two centuries but is relatively pronounced. The game is started by a Judge who throws down a round of cheese with all participants competing against each other to win back the cheese.

13. Dog Surfing has to be one of the finest and most interesting sporting events in the world as it entails training your dogs to stay upright with the rider on a surfboard while adjusting well to the waves of the sea.

14. Quidditch started off majorly as a fictional game on the Harry Potter series but came into existence later as it was modified and made a real sport. It involves two sets of teams with seven players each and a broom in between their legs and the equipment often used are volleyballs, dodgeballs, and tennis balls.

15. The Bossaball is very similar to Volleyball but with a touch of trampoline instead of the normal volleyball court.

16. Pretending to have an Ugly face might not be bad after all as the World Gurning contest thrives solely on that with the ugliest face turning out to be the champion of the game.

Do you know that people earn a living by judging the odors of different kinds of people? Check out 31 Strange Jobs Around the World.

17. The Unicycle Hockey game is not for the faint-hearted as it involves five players on both sides using a one-wheeled cycle to hit the ball with their sticks into the opponent’s goal.

18. Fireball Soccer looks fictitious but it’s quite real as it involves playing with a ball made from coconut and soaked in gasoline for about a week. Interestingly, the game is been played barefoot and not with any form of protective boots.

19. The Goanna Pulling has been in existence amongst Australians as far back as the 19th century and it requires participants to tie leather straps around their necks and pull each other across the line.

20. 360-degree ball is quite unique and it’s a mixture of both squash and Tennis with players only allowed once to bounce the ball off the black circle in the middle.

21. This will gladden the heart of Beer lovers with the Beer Mile game allowing runners running down the track and stop by at every lap to drink a beer.

22. Watching snowball fights in movies is quite interesting but turning into a reality is much more fun as it is often called Yukigassen. It’s more of a combination of snowball and dodgeball, and it also involves about seven players each on both teams with 90 premade snowballs per team of which players are been ejected once a snowball is thrown at them, and the team with the highest number of players remaining wins the game.

23. Basse is one of the oldest and weirdest sports in the world that has been in existence since World War 1 and its basic includes five to nine players using every part of their body barring their hands to keep the ball from falling into their zone.

24. Unlike other sports, the Arnis is very dangerous as it requires fighting with different types of weapons such as Blades, Swords, and sticks.

25. The Buzkashi is often common in Afghanistan and it requires about four horsemen per team to carry a goat or a calf’s carcass into the other half of the opponent. Strangely, the games could last for days.

26. Bubble Soccer kick-started in Norway about a decade ago and players are to squeeze their heads and upper bodies inside giant inflatable bubbles. The game usually involves five players per team of which both teams must have at least one female on the team sheet at all times.

27. Toe Wrestling is quite fascinating in nature as it involves two people locking their feet in an attempt to pin each other down.

28. Sheep counting look funny and easy on paper but it entails much more than with over 10 players having to count about 400 sheep that run past them. The winner of the game is usually selected by the participant with the most accurate or perfect count.

29. Quite similar in nature to regular Boxing in terms of rules but Underwater Boxing is slightly different because boxers have to hold their breath for about 60 seconds per time for three rounds and also come up for air in between rounds.

30. Logrolling usually consists of two competitors of which entails both participants staying on either side of the water with a free-floating log and trying to knock each other out by kicking or spinning the log with their feet. The competition is usually held annually in the month of June.

Do you know that the fats in the human body can make up to seven bars of soap? Do you know that Just like humans, cats also dream? Please Check out our Top 10 Surprising Facts to Uncover more Interesting facts.