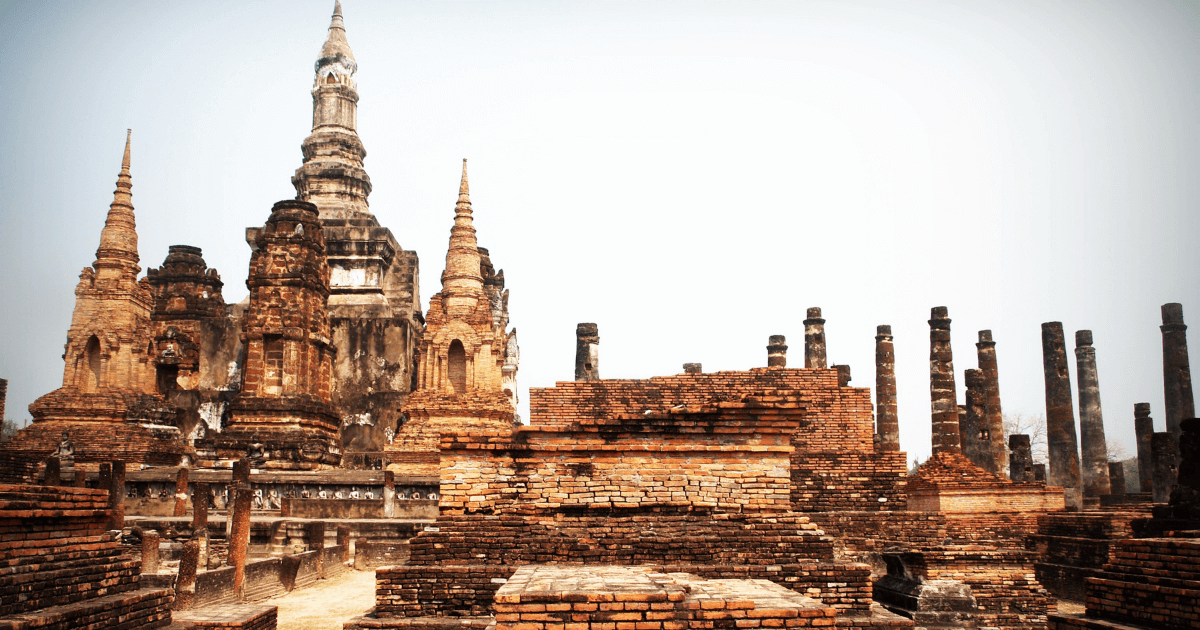 Just like the saying goes, those who don’t know history are doomed to fall victim to it. In this article below, we will be exploring some unusual facts and interesting shocking historic events around the world.

1. Famous eating utensils, Forks were usually considered to be blasphemous back in the 11th Century. Because they were seen as “Artificial Hands”, it was often viewed as been “Sacrilegious”.

2. On the 13th of August 1961, the Berlin wall was officially erected by the German Democratic Republic (East Germany) in an attempt to stop Western “Fascists” from entering East Germany and undermining the building of a socialist state. The wall was believed to be about 12ft Tall, 4ft wide, and heavily guarded with a lot of booby traps placed across the gate. An estimated 171 people were killed while trying to get past the wall which stood until the 9th of November, 1989.

3. Quite ironic to find out that the largest vessel in the world dubbed to be unsinkable sank on her maiden Voyage having collided with an iceberg. The RMS titanic boast of a capacity of 2,208 capacity but only 712 people survived the tragic incident due to the extreme cold temperatures they faced with multiple people dying few minutes after entering the water. On the 16th of April 1912, a horrible headline from the Dailymail was greeted with shocks and disbelief amongst the people when it reads “Titanic sunk. No lives lost”

4. The Great Fire of London started in the wee hours of the morning on the 2nd of September, 1666 at the house of the King’s baker known as Thomas Farynor. It was an inferno aided by dry and dusty air and lasted for about 72 hours and rendering over 100,000 people homeless.

5. Following not-so-convincing evidence of some group of young village girls who claimed to have been bewitched laid the foundation for the killing of about 19 men and women being executed in the small religious community of Salem, Massachusetts, in northeastern America after being reportedly found guilty of Witchcraft.

6. The first world war was arguably the first real global conflict with over 9 million soldiers and unaccounted civilians dying. It is strongly believed that the war shaped the world’s social and political landscape.

9. As crazy as it might sound, one of the most bizarre moments in history occurred in 1661 after the body of Oliver Cromwell(A parliamentary Soldier) was exhumed from Westminster Abbey to be surprisingly ‘executed’ for treason despite been given a state funeral in 1658.

10. The execution of Anne Boleyn still sends shivers down the spine of many people till date. In the 15th century, on the 19th of May, Anne Boleyn became the first Queen in England to be executed after been charged with incest, adultery, and conspiring to the King’s death. She was publicly executed and beheaded on a scaffold erected on Tower Green, within the walls of the Tower of London.

11. Over 600 opponents plotted to kill Cuban dictator, Fidel Castro. Tactics ranged from an exploding cigar to a poisoned diving suit.

12. Contrary to many beliefs, Cleopatra VII wasn’t Egyptian but Greek as she was a descendant of Alexander the Great’s Macedonian General Ptolemy.

13. Back in 300 BC, Turkeys were not viewed as been edible because they were highly revered as the vessels of the Gods by the Mayan People such that they were domesticated to have religious roles in society. They are usually seen as a symbol of Power and Prestige according to Mayan history.

14. The talks of Paul Revere shouting the “British are coming” during the colonial militia were actually false according to History.com, who suggested that the colonial Americans still see themselves as been British then.

15. Prior to the removal of arts events at the Olympics, over 151 medals were awarded in Literature, Architecture, Sculpture, Painting, and Music.

16. Following the execution of his parents in 1793, eight-year-old Louis XVII was never to be seen in public again and died of tuberculosis two years later after been greatly abused, neglected, and left isolated in a prison cell in the Paris Temple. With the possibility of a bourbon restoration, over 100+ imposters claimed to be Louis XVII because they could lay a claim to the throne.

17. In 1908, smoking in public for women in New York was highly prohibited by the Sullivan Ordinance.

18. In an attempt to ban the consumption of Alcohol, the United States government shockingly poisoned alcohol having told industrial manufacturers in the state to poison the product. The federal poisoning program was believed to kill an estimated 10,000 people by the end of Prohibition by 1933.

19. In the 13th century, Pope Gregory IV astonishingly declared wars on black cats having suggested that they were a tool for Satan and therefore ordered the extermination of these creatures throughout Europe. Although, the plan backfired as resulted in a spike in the population of the plague-carrying cats.

20. Surprisingly, on the 4th of July 1826, both US Presidents John Adams and Thomas Jefferson passed away just within five hours of each other. Both were actually the last surviving member of the original American revolutionaries.

21. Having died in 1966, Walt Disney was believed to have been cryogenically frozen in the hopes that, when technology advances enough, he’d be revived. Although, contrary to many beliefs, he was cremated.

22. On the 24th of October 1929, the United States stock market crashed drastically and it was believed to many deaths amongst the people. However, according to research only two people committed suicide.

23. People die in mysterious ways but dying of too much intake of Cherries and milk looks bizarre as former US president Zachary Tailor was a victim of gastroenteritis and died on the 9th of July 1850.

24. According to NBC News, the 37th president of the United States Richard Nixon was often known to be paranoid and once tried to kill Washington Columnist Jack Anderson after plotting to poison him or expose him to a large amount of powerful hallucinogenic drug.

25. Former US President Bill Clinton shockingly lost the Personal ID number needed to confirm Nuclear launch codes not for a day but for months.

26. Prior to the 19th amendment in 1920 in the US which gives women the right to vote, Jeanette Rankin in 1916 was already in the congress before women were allowed to vote.

27. The Holocaust has to be one of the most terrifying and inhumane incidents in history with the Germans killing over 6 million Jews and forcing them to dig and bury their own graves and also gassing them up in a locked room.

28. The mass suicide of over 900 people in Jonestown, Guyana is often considered to be one of the most gruesome and shocking massacres of all time after members of a San Francisco-based religious group called the Peoples Temple died after drinking poison at the convincing of their leader, the Reverend Jim Jones, in a secluded South American jungle settlement.

29. The deadliest tsunami and earthquake in history occurred majorly in Indonesia killing over 200,000 people and causing a train wreck in Sri Lanka leading to the economic crisis and much more.

30. The Rwandan Genocide is often considered one of the most inhumane in history and it happened between the 7th of April to the 15th of July 1994. In just 100 days, over 800,000 Tutsi’s were killed by the Hutus extremists. Although, the UN and Belgium had forces in Rwanda none gave the go-ahead to intervene or stop the genocide.

31. Arguably the best pop singer of all time, the death of Michael Jackson shook the world at large on the 25th of June 2009. It was reported that the famous American singer died of acute Propofol and benzodiazepine intoxication.