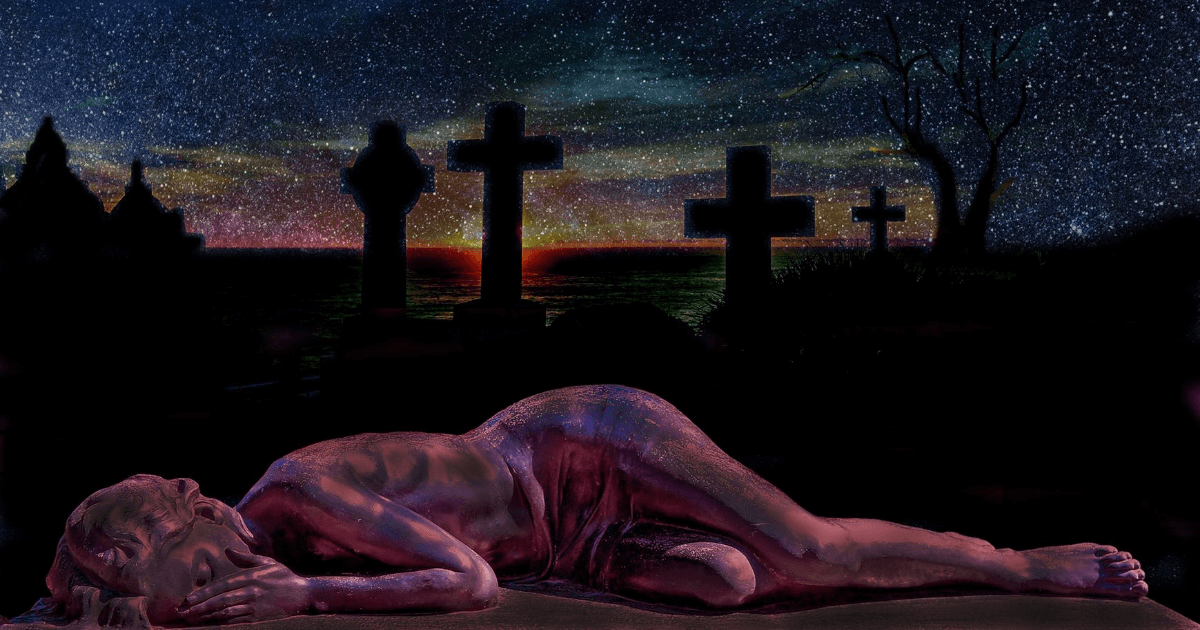 Death is inevitable because everyone must experience it someday. Do you know that 300 bodies are frozen in liquid nitrogen in America with the hope of the possibility of science bringing them back to life? We have carefully complied the fascinating death facts through extensive research to uncover some surprising facts about death that will wow you.

1. Research that was conducted shows that more than one hundred and fifty-three thousand people die daily.

2. Two of the gasses that are responsible for having the distinctive smell of death are called putrescine and cadaverine. They’re produced when bacteria break down the amino acids ornithine and lysine.

3. Unlike what many people think, Rigor mortis is not permanent. It’s a result of certain fibers in the muscle cells becoming linked by chemical bonds, but in a day or two, it usually goes away as those bonds break down. Although long it lasts depends on the temperature and other factors

4. One of the first visible signs of death is when the eyes start to cloud over because fluid and oxygen stop flowing to the corneas. if the eyes are open, it can happen within 10 minutes after death and 24 hours if the eyes are not open.

5. Research shows that there are about 300 bodies frozen in liquid nitrogen in America with the hope of the possibility of science bringing them back to life.

6. Graves started to be made 6 feet deep after the 1665 plague outbreak in England, and the mayor of London decreed the burial depth to limit the spread of disease.

7. It is not true that hair and nails grow after death. What happens is that the body dries out because of dehydration, so the nail beds and skin on the head retract, making nails, stubble, and hair appear to look longer.

8. Bodies can become covered in what looks like soap after death. Technically known as adipocere, it’s the byproduct of decomposition that happens as the fat in a body decays under wet, anaerobic conditions.

9. It is recorded that there are more than 200 corpses of people who failed to climb the world’s tallest mountain frozen on Mount Everest.

10. During a stampede, and as people run in confusion, you’re more likely to die from lack of oxygen than from being crushed to death by the foot of people running.

11. The human brain can produce thoughts for about 15-20 seconds after the head has been decapitated from the body.

12. Forensic scientists, people who make use of scientific methods to solve crimes, can tell how long a body has been dead based on the insects inhabiting the body.

13. In the past, People used to pay no matter how expensive to drink the blood of the recently executed, believing it had health benefits.

14. Because of the rising figures of people mistakenly buried alive in the 1800s, families prevented their loved ones from being buried alive by including bells, air tubes, and flags in the coffin.

15. Cotard’s syndrome is a rare mental disorder that makes people believe they’re dead and sometimes they think that they are already in the grave.

16. Ancient China had rules and regulations for how long you were allowed to mourn the death of your child. Children under seven weren’t given a funeral and the parents of children who died under three months were only allowed to cry one day for each of the months that their child lived.

17. The Egyptian pyramids were created to prevent people who stole properties and pieces of jewelry in the grave from stealing jewels and treasures that were buried with the royals that died.

19. Those who die because of fire breakouts, the majority of them die in fires don’t die from the burns, instead, they die from a lack of oxygen and inhalation of toxic gasses that is not good for their health.

20. Assuming that you were told to commit suicide by jumping from the top of Mount Everest and landing on the floor, it would take about 2.5 minutes for you to reach the bottom of the mountain.

21. 80% of Tibetan Buddhists chose to have a sky burial, a sky burial means that their bodies will be placed on top of a mountain and left there to be consumed by birds of prey such as eagles.

22. One of the reasons why cowboys carried a pistol while riding their horse was to prevent being dragged by their horse to death assuming their foot caught in a stirrup.

23. If you want your body to be cremated, you should know that the average human body is reduced to between 3 and 9 lbs after it has been cremated.

24. Research shows that the messy handwriting on doctors’ notes which is hard to read and understand kills approximately 7,000 Americans each year.

26. The deadliest battle in history, that led to the loss of lives of many civilians and soldiers alike, was the Battle of Stalingrad, which took the lives of more than 1.97 million people.

27. About 830 women die each day from pregnancy or childbirth-related complications around the countries of the world. The majority of these deaths happen in developing countries and most of them are complications that would have been prevented.

28. What is known as the death rattle, which is a rattle like the sound of a dead or dying person is caused when during the death process, the larynx loses its cough reflex, which creates a buildup of mucus.

29. Once the heart stops beating after death, the body experiences algor mortis, or “the death chill.” which is as a result when the blood cools, it becomes more acidic as carbon dioxide build and this process causes cells to split open, which empties tissue-eating enzymes into the body.

30. It is estimated that the number of people who have been killed in wars throughout the history of the world is between 150 million and 1 billion.

31. More people have died from taking selfies at dangerous places than from shark attacks.