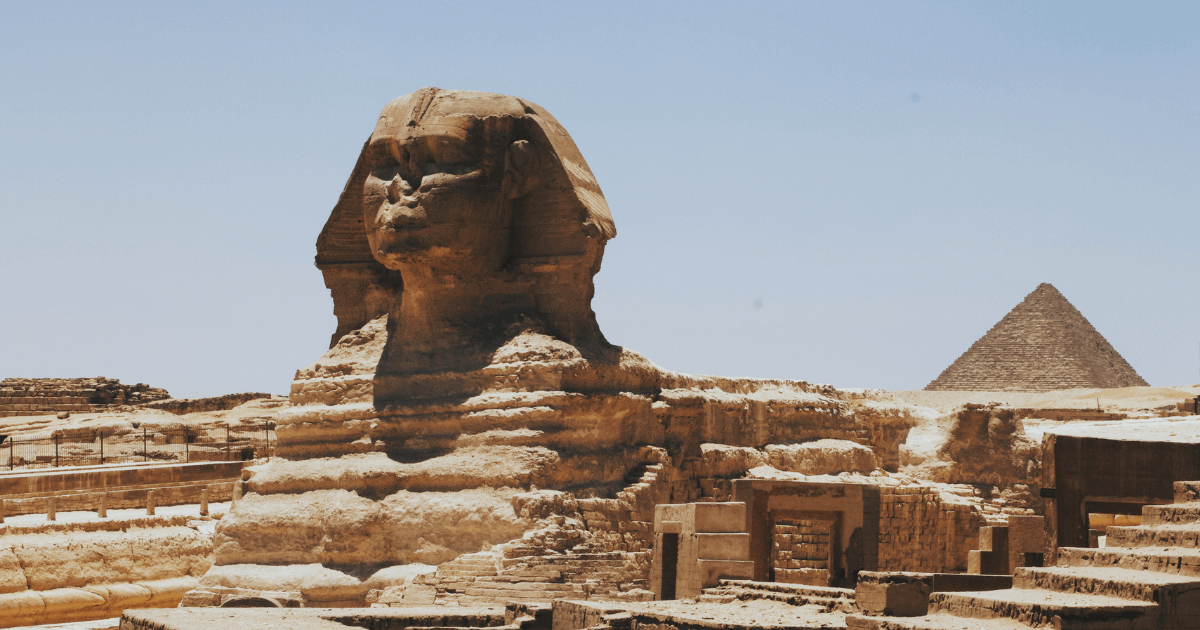 1. Interestingly, ancient Egyptians alongside the Mesopotamians were the first to invent reading and writing. They started making use of pictograms for learning as early as 6,000 BC.

2. The first-ever labor strike in history was held in Egypt in 1159 BC at the site of the royal necropolis of King Ramses III after the slave labor wasn’t paid their grain as promised.

3. Despite the level of patriarchy in Ancient times, Egyptian women enjoyed equal rights with their men in everything barring occupation. Women were held in high esteem as they could buy and sell properties likewise divorce and remarry.

4. In ancient Egypt, Cats were highly revered as they are seen as magical animals and can be a source of good fortune to their households. Cat owners often shave off their eyebrows during bereavement in honor of their dead Cat.

5. Interestingly, in ancient Egypt being hairy was often considered as a sign of being poor or from a lower class while been clean head shaved is regarded as a sign of nobility.

6. Due to the majority of them suffering from bad breath and tooth decay, ancient Egyptians developed the first-ever known Mints: a combination of frankincense, myrrh, and cinnamon boiled with honey and shaped into pills.

7. Experts suggest that Ancient Egyptians believe that ceremonial games such as Senet offer them a chance to enjoy a sneak peek into their future.

8. Ancient Egyptians were the first in history to sign a peace treaty agreement in 1269 BC between themselves and the Ancient Hittites of which they have been at loggerheads for years.

9. Contrary to many beliefs, paid laborers, not slaves built treasures such as the Sphinx and the Great Pyramid of Giza. Builders were held in high esteem and are usually buried beside the pyramids of their pharaohs.

10. Archeologists reveal that Ancient Egyptian women started drawing tattoos on their bodies as far back as the 11th Dynasty. Their Tattoos were usually drawn as dots and swirls around the lower chest, abdomen, and thighs.

11. Following the death of Alexander the Great, Ptolemies reigned over the Ancient Egyptians by keeping bloodlines pure by marrying within their families. Famous Queen Cleopatra is believed to have embraced the Egyptian cultures and traditions better than most of the Ptolemies despite not being Egyptian.

12. Ancient Egyptians pioneered the use of makeup. It is believed that makeup was majorly used to boost physical attraction and protect them from the heat of the sun.

13. A Sphinx is a famous mythological creature consisting of the head of a human and the body of a lion. They are often used as bodyguards for sacred sites by Ancient Egyptians.

14. Ancient Egyptians relied on Agriculture provided by the Nile River for survival. Bread and beer were often used to pay soldiers and paid workers who built the pyramid.

15. While the rest of the word uses stones or clay tablets, Ancient Egyptians famously used the Papyrus to create and keep documents at that time.

16. Mummification and embalming especially for the nobles were rampant amongst the Ancient Egyptians. Organs were placed in canopy jars, preserved in fluid, and later buried with the Mummy.

17. The canopy jars used in preserving the dead vital organs are represented by four deities known as the Son of Horus. Happy possesses the head of the baboon and held the lungs, Duamutef the head of a jackal kept the stomach, Imsety had a human head and stores the liver, while the intestines were inside the jar of falcon-headed god Qebehsenuf.

See also  51 Interesting facts about the Pyramid of Giza

18. Pharaohs are known to perform dual roles with each having a distinct title: High Priest of every Temple and the lords of two lands.

19. Pharaohs usually make sacred offerings to the gods on a daily basis.

20. The crook and flail were widely regarded as symbols of powers in Ancient Egypt. It is typically depicted and held together across the chest of pharaohs forming an emblem of kingship.

21. The Ancient Egyptians were so innovative that they came up with the idea of using moldy bread to heal wounds quickly and stop infections.

22. Ancient Egyptians used Hieroglyph which simply means “Sacred Carving”. They often use Hieroglyph because they believe their language had been invented by the gods.

23. Interestingly, there are over 2,000 ancient Egyptian gods and goddesses with most of them having a human body with an animal head. Few of the famous gods include Osiris- The King of the living, Thoth- god of knowledge and wisdom, and Ra- god of Sun and Radiance.

24. Contrary to many beliefs, ancient Egyptian Pharaohs were usually overweight due to their high intake of bread, wine, and beer. A typical example is Queen Hatshepsut, who lived in the 15th century B.C was found to be obese according to historians.

25. In ancient Egypt, according to the legend, Servants were sometimes put to death to be buried alongside their masters so that they can astonishingly serve their masters in the afterlife.

26. In the 16th and 17th centuries, mummies used to be commonly eaten as a medicine in Europe with many believing it can cure different kinds of ailments.

27. Disrespecting the Sun-God in ancient Egypt is directly proportional to the offender being burnt alive.

28. Sadly, the Ancient Egyptian Police was fond of beating out confession from people.

29. Unlike the modern era where you are innocent until proven guilty, the reverse is the case in terms of that of ancient Egyptians as you are already guilty once you violate the law.

30. Due to their high reverence for gods and priests in ancient Egypt, sometimes once someone is accused of a crime, their guilt would be surprisingly decided by the magic of the oracles.

31. While we have condoms and other contraceptives in the modern age, ancient Egyptians often used honey mixed with crocodile dung as a form of birth control pill.

32. The death penalty in ancient Egypt was rare but extremely brutal such as decapitation and drowning especially for cases that involves murder or treason.

33. While most scientists often disregard the legend of the ancient Egyptian curses, historians believe some tombs are plagued with curses or attacks from vicious animals when opened.

34. Interestingly, an outbreak of cholera was once linked to food wrapping papers made from mummy bandages.

35. An average Ancient Egyptian had to worry about multiple types of parasitic worms with many walking barefooted in contaminated waters and are highly vulnerable to the Schistosoma worm entering their bodies and destroying their internal organs.