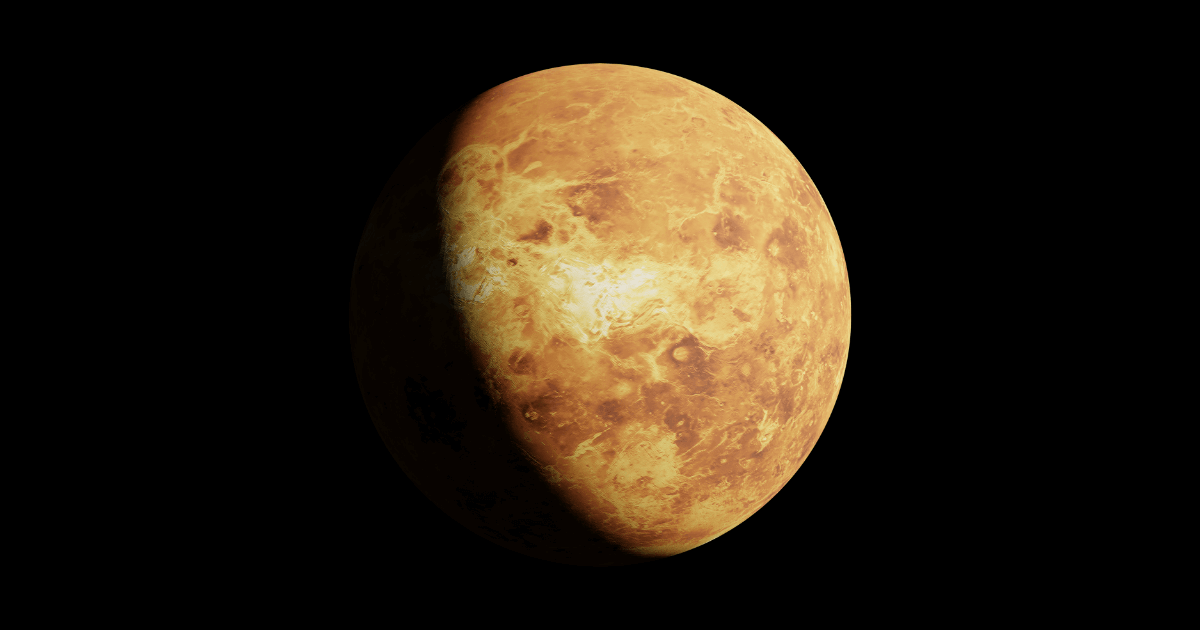 Venus is often called the sister’s planet to earth but how vast are you when talking about the brightest and hottest planet in our solar system?  Get ready to be wowed like never before with some fascinating and informative facts about the planet called Venus.

1. Venus experiences more volcanic eruptions than any other planet with various research suggesting that it has over 1600 volcanoes on its surface.

2. Interestingly, a day in Venus is equivalent to 243 days on earth.

3. The closest planet in the solar system to the Earth is Venus with both sharing similar surfaces and atmospheres. Although, the clouds on Venus are made of Poisonous Sulfuric acid.

4. Due to the high presence of carbon dioxide on its surface, Venus exhibits extreme temperatures of about 470°C.

5. Venus is quite unique in nature with pressure been 90 times compared to that of sea level on earth.

6. Alongside Mercury, Venus can be seen in front of the Sun.

7. Given its proximity to the Earth, Venus is the brightest of all planets in the solar system.

8. Winds on Venus are quite mysterious and fast as they can travel at the speed of 450 miles per hour.

9. According to famous astronomer Galileo Galilei in the 16th century, he discovered that Venus has phases just like the moon. Whenever Venus is on the opposite side of the Sun it is in “Full Phase” while the reverse is the case when it’s in between the Earth and the Sun.

10. While other planets spin in an anticlockwise manner Venus does exactly the opposite due to being upside down.

11. Wondering where the name Venus was coined from? Well, look no further as it was named after the beautiful Roman goddess of love and beauty.

12. Mountains and valleys can be found on Venus.

13. Quite surprising but Venus doesn’t have any moon or ring.

14. Unlike Earth, the magnetic field on Venus is not as strong as that of the earth due to its slow rotation axis.

15. Amongst all the planets in the solar system, Venus has the longest no of days.

16. The first man-made spacecraft to land on Venus occurred in 1966 and it’s called Venera 3.

17. In terms of shape, Venus is Spherical in nature.

19. According to research, scientist suggests that life might not be able to survive on Venus due to extreme temperatures.

20. In comparison to Earth, Venus is 400 times smaller in terms of diameter.

21. Interestingly, the light from the Sun takes about 240 seconds to reach Venus.

22. Unlike some planets, Venus doesn’t have seasons due to its limited axial tilt of about 3°.

23. Venus and Mercury share some similarities as both are often considered terrestrial planets.

24. The highest mountain on Venus is called Maxwell Montes and it’s about 8.8km in height.

25. Venus is one of the most studied and explored planets by scientists with over 40 spacecraft sent.

27. It might sound a bit weird but Friday’s are ruled by Venus.

29. Because of the level of hotness in Venus, you can’t find liquid water on its surface.

30. Venus also has some other surface features such as coronae and tesserae. Coronas are like rings while tesserae are in form of valleys and ridges.

31. It’s believed that the core of Venus is made of iron with over 2400 miles in terms of width but not sure of its gaseous state.

32. Venus crust is practically made of Basalt and is about 6-12 miles in thickness.

33. Astonishingly, lightning does exist on Venus due to the high rate of sulfuric acid associated with its cloud.

34. The Upper clouds of Venus are usually associated with unusual stripes called Blue Absorbers. It’s a medium through which they absorb light.

36. The atmosphere of Venus was discovered by Russian polymath Mikhail Lomonosov in 1761.

38. It is believed that the Earth might end up like Venus if we don’t manage our greenhouse gases efficiently.

41. Venus’s orbit is the most circular in comparison to every other planet in the solar system.

42. Legendary Mathematician Pythagoras was the first person to discover that Venus was a single object with many believing it was a dual object.

43. With lightning more common in Venus, some theories believe that Zeus comes from Venus.

44. Venus uniqueness suggests that there is no temperature difference during the day and the nights on the planet.

45. Due to the high density of its atmosphere, Venus is majorly covered in Carbon dioxide which eventually leads to the Greenhouse Effect.

46. Unlike earth, Venus creates acidic rain due to the presence of its poisonous clouds.

47. The surface of Venus is believed to be full of craters with extremely high activity.

48. In Ancient civilization, Babylonians referred to Venus as goddess Ishtar.

49. The upper echelons of Venus is called the ionosphere.

Did you find these facts about Venus interesting? Leave a comment below and share if you like the content. Do you know that Astronauts can grow approximately by two inches in height in space?  Click here to check out more interesting facts about space