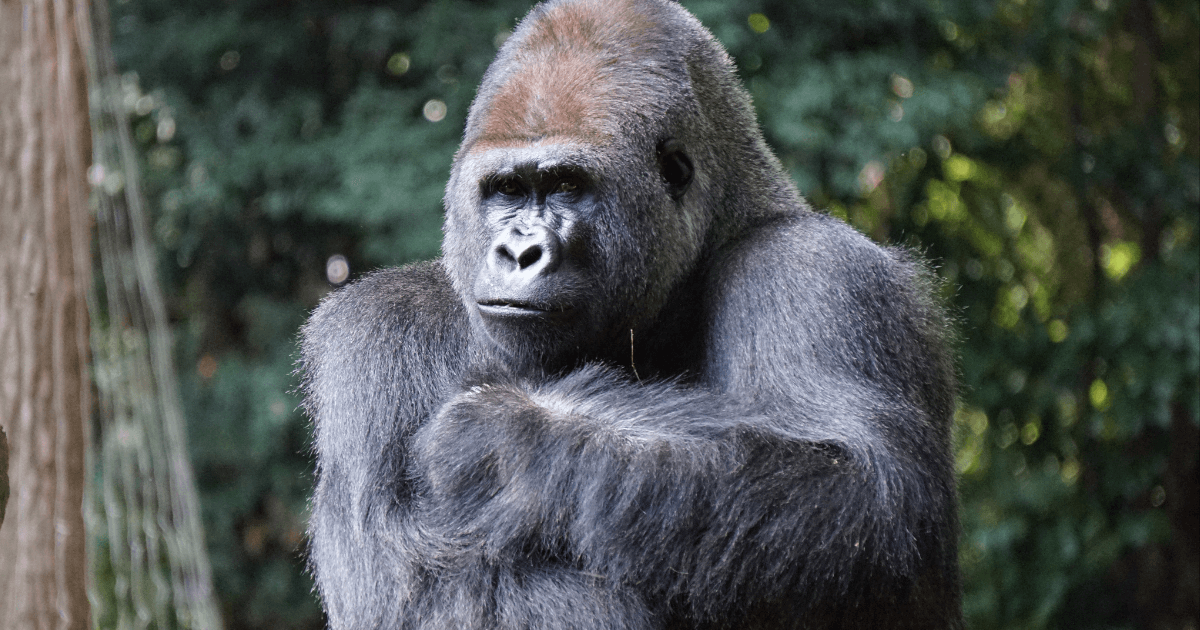 Gorillas are the largest primate in the world and share some major characteristics with humans but how much do you know about these intelligent creatures? Follow us keenly below as we explore some mind-blowing and interesting facts about Gorillas;

1. Interestingly, a Gorilla is believed to be six times stronger than an average human being.

2. The average life expectancy of a Gorilla is between 35-40 years old.

3. The oldest known Gorilla surprisingly lived up to 60 years while in captivity.

4. A group of Gorillas is called Troops or Bands.

5. Quite interesting to know that an average Silverback Gorilla weighs about 300-400 pounds.

6. While the human gestation period lasts for 9 months, that of Gorillas is quite similar to theirs lasts for about 8.5 months.

7. A Gorilla’s bite is around 1,300 PSI (Per Square Inch) which is almost six times compared to that of humans and also higher than that of a lion.

8. Due to adaptation issues most gorillas are usually found in Central and East Africa such as Rwanda, Congo, and Uganda.

9. Each Gorilla Troop is headed by a Silverback as they ensure that food is provided for the others and their safety is guaranteed.

10. Although they eat ants and insects, Gorillas are primarily Herbivores as they often eat bamboo stems or shoots.

11. An average Gorilla consumes about 40 pounds of vegetation in a day which is like ten times what a human will consume per day.

12. They usually take a nap in the afternoon while they go hunting for food in the morning and evenings.

13. Interestingly, Gorillas have a tradition of pushing out mature males as early as the age of 10 to cater for themselves and start their own Family.

14. Apart from Chimpanzee & Bonobos, Gorillas have an unbelievable 98.4% DNA match with humans which means they share similar qualities with us barring the presence of a tail.

16. They suffer from communicable diseases just like humans such as coughing and Sneezing.

17. While many animals are gradually going into extinction, the Gorillas have quite a decent number across the globe with over 1000 gorillas still existing in the wild.

18. Money made from Gorilla tourism is usually used for research and monitoring while some go into the development of local communities near the conservation centers.

19. Gorillas barely drink water as they usually hydrate via plants.

20. An average gorilla infant weighs about 4.5 pounds during birth.

21. Quite fascinating to know that Gorillas can communicate with humans using sign languages.

22. Unlike other Gorillas, the mountain gorillas don’t have a tail.

23. Gorillas are quite unique in nature as they often make their own nest to sleep per day.

24. The word “Silverback” is often associated with the male Gorillas when they grow old due to the hair at the back of their head that turns into silver.

25. When angry or want to scare a rival, Gorillas tend to beat up their chests and also roar.

26. Contrary to many opinions, Gorillas are very peaceful in nature not violent as been portrayed in the movies.

27. There are two types of Gorillas which are the Eastern and the Western Gorilla.

28. Quite worrying as the International Union for the conservation of nature often considered all species of the gorilla to be highly endangered.

29. The Western Gorillas are usually found in the tropical rainforest such as Cameroon, Equatorial Guinea, Gabon, and some parts of Nigeria.

30. A Gorilla troop doesn’t stay in the same place for more than a day.

31. Alongside humans, Gorillas can also use tools to perform simple tasks.

32. Gorillas aren’t the easiest of preys because of their size and strength but Leopards and crocodiles tend to attack the younger ones when chanced.

33. The biggest threat to Gorillas is humans due to the high rate of deforestation across the globe while some kill them to eat or sell.

34. Some set of researchers believe that Gorillas might be religious having exhibited empathy, following laid down rules, and imagination.

35. It is believed that some particular set of gorillas could be bisexual as they can mate with either gender.

36. Just like humans, Gorillas tend to copulate in the same manner.

37. Gorillas have unique fingerprints and toe prints like humans.

39. While humans walk on their legs, most Gorillas knuckle-walk with the aid of their long arms.

40. Gorilla hair color varies greatly depending on their area or region.

41. Interestingly, western gorillas have the lightest of hair while the mountain gorillas are coated with the darkest type of hair.

42. The lowland gorillas are usually found in the forest and swampy areas.

43. Mountain Gorillas are quite lucrative with each generating about $2.7 million in tourism through its lifetime.

45. A female Gorilla reaches maturity at the age of 9 and leaves the troop to find a mate in a bid to start her own family.

46. Unlike humans, Gorillas hardly give birth to twins.

47. Due to their high intake of leaves and tree barks, mountain gorillas’ teeth are always stained compared to others.

48. Mountain Gorillas prefer to stay on the ground rather than climb trees due to their size.

49. Despite having the oldest national park in Africa, Congo holds the record with the smallest number of Mountain Gorilla.

50. The discovery of oil in the Virunga Park in Congo could further endanger the lives of Gorillas in the central part of Africa.