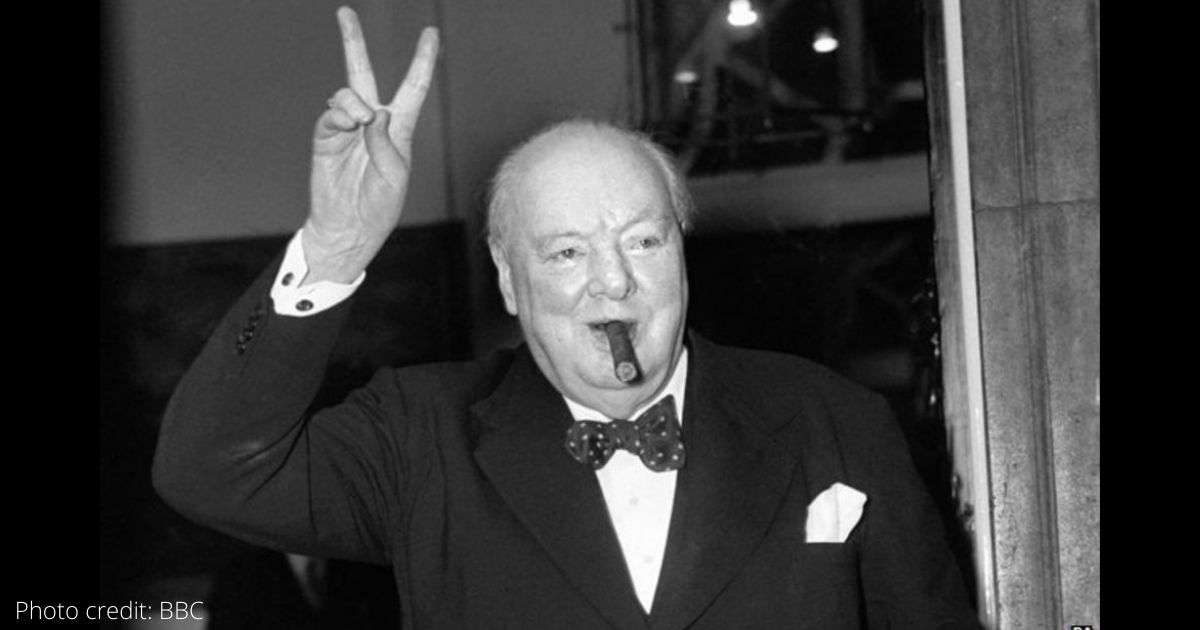 Winston Churchill is arguably one of the greatest personalities in the history of Britain has been a source of light and hope to his country in his darkest days but how well do you know the Great British Bulldog? Get ready to be wowed like never before as we carefully explore the interesting and weird facts about the former UK Prime Minister.

1. Interestingly, the popular abbreviation “OMG” was first addressed to Winston Churchill in a letter by Lord Fisher on the 9th of September 1917.

2. Winston Churchill was known for making speeches but it was always difficult for him to pronounce the letter “S”.

4. Despite not thriving until the age of 40, Churchill had over 500 paintings during his life within a successful 48 years period.

5. Although he had American roots by virtue of his mother, Churchill was the first person to receive the honorary citizenship award of the United States of America.

6. Not many can boast of this feat. on their portfolio as Winston Churchill remains the only Prime Minister to have won the Nobel Prize in Literature in 1953.

7. Winston was a true statesman having enjoyed a staggering 55 years in politics.

8. He didn’t have it easy growing up as he was often a target for bullies in school due to his physical frailties.

9. Despite the number of accidents he encountered, Churchill was always lucky to come out unscathed.

10. Winston Churchill is often credited with inventing words such as “Summit and Quisling”.

11. Surprisingly, one of his major hobbies was Bricklaying.

12. He had a soft spot for smoking and drinking even though he lived an exemplary life.

14. Interestingly, his Nanny Mrs. Elizabeth Ann Everest played a crucial role in his life growing up than his parents as they barely had time for their kids.

15. He was often called “Copperknob” back in his school days especially for his stammering and his red hair.

16. It was a case of being third time lucky before he got admitted into the Royal Military College in 1893.

17. Winston was the highest-paid war correspondent having negotiated a salary of about £250 in 1899 which is about £27,000 in terms of today’s market value.

18. Winston Churchill was branded “A Charlatan and a ruthless egotist” by a popular Journalist called Jeremy Paxman.

19. He was strongly against votes for women.

20. Churchill was particularly involved in the creation of the War Tank by the British Army on the 15th of September 1916.

21. He was known for his Bluntness.

22. Strangely, he proposed to three women during the early age of his life but was shockingly turned down by all three.

23. Sir Winston Churchill got married to Clementine Ogilvy Hozier in 1908 and they were blessed with five children named Diana, Randolph, Sarah Tuchet-Jesson, Marigold, and Mary Soames.

24. He often called his wife his “Kat” while the wife calls him her “Pug”.

25. A Cuban cigar was famously named in Winston’s honor of which was about 17inches in length and 19mm wide.

26. He was quite an emotional man and was seen many times to have broken down into tears during his speeches.

27. Winston loved drinking champagne so much he had a quote for it which goes thus; “I could not live without Champagne. In victory I deserve it. In defeat I need it.”

28. It is believed that Winston Churchill suffered from clinical depression throughout his time on earth by Physician Lord Charles Moran in one of his books. He called this type of depression his “Black Dog”.

30. Winston Churchill predicted the rise of Hitler but his early signs were rebuffed.

31. Despite his war heroics in 1945, Churchill was surprisingly ousted out of power by his opposition after the people clamored for a change.

32. Interestingly, Churchill was buried in the same place he was given birth to which is called the Blenheim Palace.

33. He was hugely criticized for restoring the Gold Standard in the UK which had an adverse effect on the economy and led to the general strike in 1926.

34. The peace sign “V” was made popular by Churchill.

35. Sir Winston Churchill was very close to Queen Elizabeth as she always sought after him for political advice.

36. His love for Turtle soup was unmatched as he was fond of taking it every night before going to bed.

37. Churchill was known to be very time efficient.

38. After his death, the Royal Mint honored him with a British crown coin twice.

40. His life history has been portrayed in movies by various actors such as Richard Burton, Christian Slater & John Lithgow.

41. Winston Churchill infamously staged his own escape from Prison in 1899 after being ambushed by the Boers in South Africa.

43. Indians won’t forget him in a hurry as he was largely responsible for the millions of Indians that died in 1943 due to starvation.

44. Winston’s speeches were good he made it into the music charts twice.

45. Although, the bill wasn’t passed into law he was a huge part of the Mental Deficiency Act of 1913 of which he proscribed that feeble-minded people should be sterilized not hospitalized.

46. Strangely, Churchill alongside some others such as Theodore Roosevelt, Ronald Reagan’s daughter claimed to have seen the spirit of Abraham Lincoln at the White House.

47. Surprisingly, Churchill grew up in Ireland, Dublin not in the UK.

48. At the age of 15, Winston’s mother promised to get him a pony and a gun if he stops smoking for at least six months. He dropped the act for six months but eventually went back to his hobby after tricking his mother.

49. During World War II, Winston Churchill had to be moved around in a life pod due to health reasons and smoking.

50. In terms of artistry, Painter Paul Maze played a big role in his life.