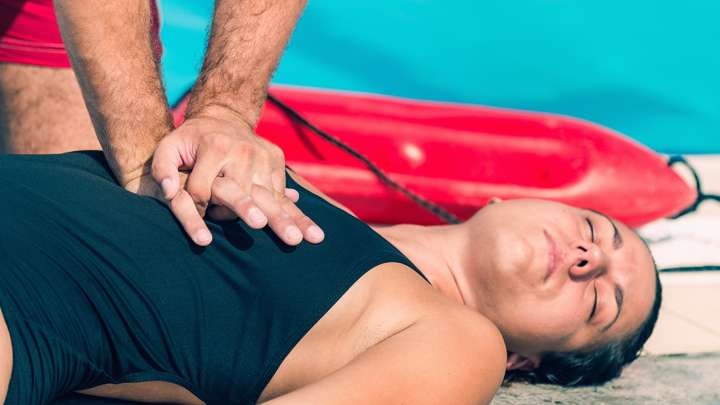 We are bound to encounter situations where our lives are in danger. Most of the time it is best to scream for help, but what if help is miles away? That’s when you become your own savior and save your life. Do you know that having red eyes in a night photo is healthy? But if your pupils reflect white in a picture, it could be a sign that something is seriously wrong with your eyes, such as cataracts, retina problems, or even eye cancer.

Here, we have compiled quite a handful of survival life hacks and tips that are potential life savers. Most of them will serve as rescue tips or safety guidelines. Some are applications of common sense, and for some others, it might take a matter of accurate precision to get them done rightly. Well, I do hope you remember some of these survival life hacks when you actually need to.

1. If someone ingests windshield wiper fluid or anti-freeze, drink large amounts of vodka to keep it from shredding your kidneys and give you time to get to the hospital.

2. If someone gets stabbed, do not take the weapon out. Pulling out an object that has been lodged in your body will increase the rate of blood loss. Apply pressure to the wound until you can get help.

3. If you get trapped on thin ice and have to get back to safety before it breaks, lie down on your stomach and slowly crawl your way back to solid ground in the same direction you came from.

4. The more colorful and vivid the animal is the more likely it’s poisonous and you probably shouldn’t eat it.

5. Wolves will only attack you if they can intimidate you into running away from them. Standing your ground against a wolf pack will be terrifying but eventually, they will leave you alone.

6. If you ever see square waves in the ocean get out immediately. They are powerful currents that can drag you underneath the water and kill you in an instant.

7. If you feel like puking while scuba diving, vomit into the regulator, don’t remove it from your mouth. That may lead to inhaling water, and it can have fatal consequences.

8. If you come face to face with a mountain lion, don’t turn your back on it, just walk backward. Cats are ambush predators and they’ll wait for you to turn around before they attack.

9. When the position of a dog’s tail while wagging is on lower levels, it indicates that the dog is friendly. Usually, tiny, high-speed movements mean that the dog is going to fight.

10. When at a party or a public event, do not ever leave your drink unattended…ever!

11. If a power line falls next to you, do not walk or run. Put your feet together and do a bunny hop to jump and get away. This keeps electricity from traveling up one leg and out the other, which prevents you from being shocked by several thousand volts.

12. No matter how thirsty you are, do not eat large amounts of snow. Too much cold ice in your stomach can cause you to die of hypothermia (Hypothermia is a medical emergency that occurs when your body loses heat faster than it can produce heat). Melt the ice and then drink it.

13. If you’re lost in the woods it is best that you stay where you are. The chances of a person finding their way out on their own are slim due to panic. And it is best not to increase the range of the search area for the rescue team.

14. According to Agarwal, the limits of the human body tend to follow a “rule of three.” People can generally go three minutes without air, three hours without shelter in extreme weather environments, three days without water, and three weeks without food.

15. Purple flags on the seashore are a warning which means that there are dangerous sea creatures in that area.

18. If you ever wake up in the middle of the night to the smell of gas, do NOT turn on the light. A spark from a light switch could blow up the entire house.

19. If you are in a foreign country and need to call for help, but don’t know the emergency number, call 112. It’s the international emergency number and will automatically connect you to the nearest helpline

20. It is best to sleep with the door of the room shut. If there would be a fire in your house when you were asleep, the room can be a safe zone if the door is shut.

21. If a service dog ever approaches you without its owner, follow them and do it quickly because potentially you can save someone else’s life.

22. According to Harsh Sharma, most deaths in house fires are caused by smoke inhalation, not burns. Stay low to the ground to avoid breathing in too much smoke.

23. If you get hurt in a public place, single out one person to help you, to avoid the bystander effect, in which case, crowds of people fail to help somebody because everyone thinks someone else will intervene.

24. A bright flashlight (especially at night) can serve as a good weapon against an attacker. If you have someone approaching you that seems aggressive, a blast of light to their eyes will give you the opportunity to get out.

25. If there’s a jar or container you can’t open, run the lid under hot water for 30 seconds. Dry it so you can get a good grip, then open it.

26. If you bring something to someone’s house that you don’t want to forget, put your car keys with it, especially if you trust them.

27. When boiling a pot of water, turn the handle inwards towards the center of the stove/counter.

28. Sharp knives are usually safer to use. In most cases, the only thing a dull knife will cut is you.

29. If your child goes missing in your home, first check any spots that would be dangerous for them to be, then check their common hiding spots.

30. When crossing the street at night, turn on your phone’s flashlight and point it toward oncoming traffic, to avoid being hit by an oncoming car.

31. Head injuries can take hours to manifest. Go see a doctor even if you think it’s minor. If you wait, it may already be too late once you start showing symptoms.

32. If cooking oil catches fire, turn off the burner and cover the pot. Don’t use water to quench it.

33. Even if you are both a strong swimmer and a trained rescuer, you are still risking your own life if you go to the aid of a swimmer in trouble. In their panic, they can pull you down, too.

34. Do not move an injured person unless there is an imminent danger to them.

35. If you ever need to break your car window, most headrests detach and the metal ends can be used to break the glass. This is especially helpful if you are in a sinking car.

36. If you think you’re being followed turn right four times. It will make a circle and you’ll get to the same place, so you shouldn’t be followed anymore. If they still do, then you might be in trouble.

37. If you’re being tied up, make yourself as big as possible so it’ll be easier to wiggle out when you squeeze yourself in.

38. CPR typically won’t cause the victim’s heart to suddenly start and or for them to jerk awake — it’s mostly to force blood circulation to prevent brain death. You’re not forcing life into them; you’re preserving a corpse to keep a ‘revive-able’ state.

39. If you get stuck in a stampede and fall, assume a protective position with your feet tucked up and your hands covering your head. Try to position your face in the direction the crowd is moving and try to get back on your feet as soon as you can.

40. When alone at home, especially at night, it is not advisable to use headphones. You might need to pay attention to an urgency around you but will eventually miss that due to the loud music in your ears.

41. When walking on a lonely street, walk confidently at a steady pace. Walk close to the curb. Avoid doorways, bushes, and alleys where someone could hide.

42. Be aware of locations and situations which would make you appear vulnerable to crime, such as alleys and dark parking lots. Stay in well-lighted areas as much as possible.

43. If you carry a purse/bag, do not hold it loosely by your side. Carry it securely between your arm and your body or in front of you, close to your chest.

44. Don’t stop to aid motorists by the side of the road. Make a phone call requesting help for them.

45. Don’t open your purse or wallet while boarding the bus. Have your pass or money already in your hand.

46. Do not ever leave your purse or wallet in plain view or in commonly accessible areas. Carry your wallet inside your coat, or in a front pocket.

47. Whether you are in or out of your car, make sure to keep the doors locked at all times.

48. Never allow any strangers to use your home phone. It might be a part of an evil plan to commit any occurrence.

49. Pepper spray is the most effective indoor or outdoor risk for female personal safety. Always use pepper spray if in danger of harm.

50. If you happen to be alone in an elevator with a stranger, make sure to stay at the control panel side of the lift.

51. In case of a first date choose a public place. Let your family/trusted friends know who you are going to meet with, and were at all times. 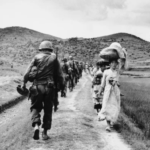 142 History and Wars Trivia Questions and Answers for Kids