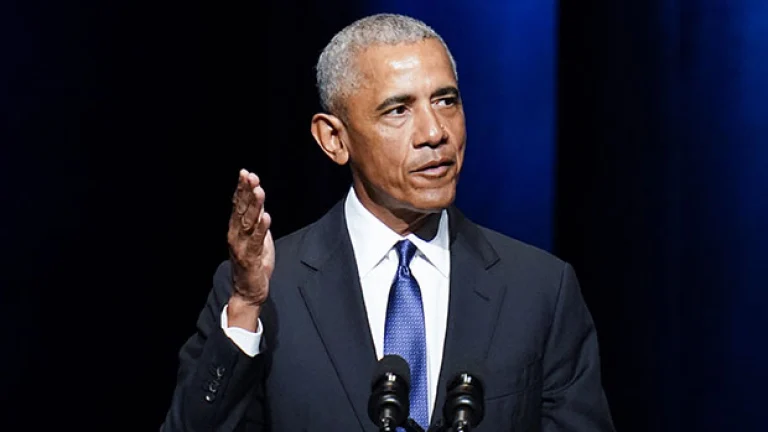 After Bush Jr, and before Trump, there was President Barack Obama. And if you don’t know anything else about him, you should know that he is the first African-American person to become the President of the USA, winning the elections with 66.7 million popular votes and 365 electoral votes! But there is more to know and find out about Obama.

Do you know that he owns 4 pairs of the same uniform shoes in black color, and size 11; and once when asked why he wore the same suit, he said, ‘I’m trying to pare down decisions. I don’t want to make decisions about what I’m eating or wearing. Because I have too many other decisions to make.” What a reply, huh? Well, there is more!

Do you also know how the President’s dog Bo came about? Or what his favorite things are? In this post, we bring to you the spiciest facts about the former American President. You might need to keep your pen and paper handy as we are going to bring some of the most interesting parts of President Barack Obama to light.

2. His date of birth is the same year Robert F. Kennedy predicted that the USA will have a Black President in 40 years although his prediction was not entirely correct. It took 46 years before Obama became President.

3. His first name ‘Barack’ is actually Swahili, meaning ‘blessed one’.

4. Barack Obama was only 2 years when his parents got divorced.

5. He has a bachelor’s degree in Political Science, which he earned in 1983. He also graduated from Harvard Law School in 1991.

6. He served as a Senator, representing Illinois State from 1997 to 2005, which happened to be the foundation of his political career.

7. Barack Obama was the first President to have his own YouTube channel. He used to upload weekly addresses on this channel and had more than 285 million views.

8. Obama has admitted having experimented with marijuana and cocaine as a teenager.

9. Before running for President he once promised his wife Michelle that he’d quit smoking, but he never did. He finally quit the smoking habit in 2010 in order to be a good father.

10. Obama’s code name was ‘Renegade’ to the Secret Service Agents who guarded him. For his wife Michelle, it was ‘Rennaisance’. For his two daughters, Maliaand Sasha, it was ‘Radiance’ and ‘Rosebud’ respectively.

11. Unlike most people in the US, Obama’s taste in personal food and drink was not regular. He does not like ice cream and refuses to drink coffee or alcohol regularly.

12. Barack Obama is the author of three books- ‘Dreams from my Father,’‘ The Audacity of Hope’ and ‘I sing: a letter to My Daughters.’

13. He is also a two-time Grammy Award winner, both of which he won in 2008 for Best Spoken Word Album for the audio version of his book “The Audacity of Hope” and “Dreams from My Father”.

14. Obama has also been featured in one hit song on the Billboard charts. Specifically, Lin-Manuel Miranda’s ‘One Last Time (44 Remix)’.

15. Barack Obama was the first African-American editor of the Harvard Law Review.

16. He lived with his grandmother in Hawaii after his mother remarried.

17. Obama’s grandmother calls him nicknames such as ‘Bear’ and ‘Bar.’

18. His grandmother, Madelyn Dunham died just a day before his inauguration. She died of cancer on November 3, 2008, and Obama was elected as the president on November 4, 2008.

19. Although he has numerous half-siblings, Barack Obama has no full siblings as he was his father’s only child with the second wife (his mother), Ann Dunham.

20. Not only was Barack Obama biracial (Kenyan father and an American mother), but he also had a multicultural extended family. His stepfather was Indonesian, a man named Lolo Soetoro.

21. It was during his stay with his mother and stepfather in Indonesia that he learned to eat three pretty fascinating and weird foods– roasted grasshopper, snake meat, and dog meat.

22. He believes in good luck and carries a child statue and a tiny Madonna for the same.

24. Barack Obama was awarded the Nobel Peace Prize in the year 2009, barely a few months after he became President.

26. During his Presidency, he ordered the operation in which Al-Qaeda terrorist Osama Bin Laden was captured in Pakistan, and killed.

27. Barack Obama supports same-sex marriage, and although he only declared it during his second term as President, he was still the first President to do so.

28. Obama also broke a long streak of Presidents not visiting Cuba and was the first to visit the state in over 88 years.

29. In Kenya, there is a beer called “Senator Keg,” which is dedicated to Obama.

30. China has something called OFC. It stands for Obama Fried Chicken!

31. When he was President, there was a wooden hand holding an egg on his desk. Sounds strange, but it’s not strange in Kenya. It is a Kenyan symbol of the fragility of life.

32. Barack Obama may not be a chef, but he is pretty good at making chili and stir-fry. Also, his wife makes most of his meals.

33. He admitted that he loves collecting comics. Spider-Man and Conan the Barbarian are his favorite ones.

34. Barack Obama is a very big fan of basketball. He had even converted the tennis court in the White House to serve the purposes of both basketball and tennis.

36. Obama is a left-handed person.

37. Barack Obama has been getting a weekly haircut from the same barber for almost 20 years. The barber, a Chicago native, works at Hyde Park Hair Salon.

38. As a fulfillment of the promise he made to his young daughters during his first election campaign, he got the girls a male Portuguese Water Dog, which they named Bo.

39. Barack Obama and his wife Michelle signed a multi-year deal in 2018 to produce scripted and unscripted series, documentaries, and feature films for Netflix.

40. Before becoming President, Obama worked as a teacher, a civil-rights lawyer, a telemarketer, was in the construction field, worked at law firms, and even sold island trinkets when he was in Hawaii.

41. Barack Obama ended Bill Gates’s six-year run as the world’s most admired man on YouGov and has been on the top list since 2015.

42. The former President has also tried to venture into modeling while studying at Harvard. However, he was rejected.

43. Obama placed great value on health and fitness. His daily 45 minutes of exercise, six days a week was a non-negotiable in his routine.

45. 71 years after the Hiroshima bombing, Barack Obama was the USA’s first sitting President of the United States to visit the place.

46. The Twitter followers of Obama in 2016 were the highest among any world leader.

47. In 2017, Barack Obama made an inspirational tweet that garnered 1.7 million retweets and 4.5 million likes! Thus, he is the record-holder for the 2017 Most Liked Tweet.

48. He has completed reading all Harry Potter books. He actually read them to his daughter.

50. Barack’s favorite television series are Homeland and The Wire.

51. Obama along with his family, settled down in the Kalorama neighborhood in Washington after leaving the white house.