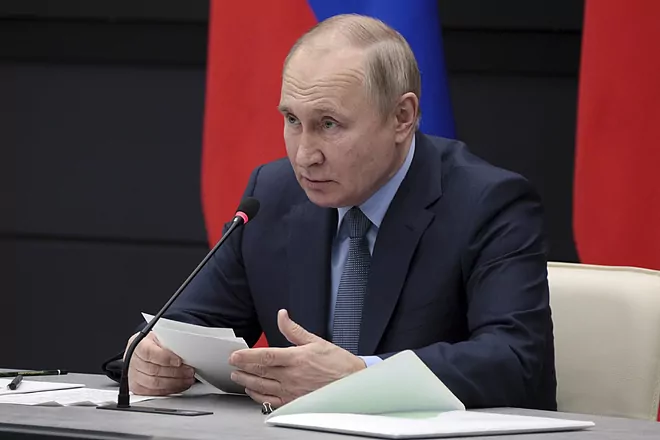 If you think you know all about Vladimir Putin, think again, I will reveal some fascinating facts about the secretive leader Vladimir Putin.  Get a cup of coffee and let’s get started.

1. Putin together with George Bush signed the Moscow Treaty on Strategic Offensive Reductions.

2. In July 2019, Putin signed a law that was aimed at suspending Russia’s participation in the Intermediate-Range Nuclear Forces Treaty.

3. Putin declared his plans in January 2020, to push through reforms that would make his successor as president less powerful.

4. In April 2021, Putin signed constitutional amendments which will allow him to seek two more 6-year terms after his current presidency ends in 2024.

5. Vladimir means great power or ruler of the world.

6. During the Russian-Ukrainian war in 2022, Putin threatened those ‘who may be tempted to intervene on Ukraine’s behalf’.

8. Putin is the longest-serving Russian Leader in history.

9. Putin has a very poor financial background. After World War 2, his mother took up homemaking.

12. Putin was a bully and rebel while in 9th grade in Leningrad School.

13. Putin was born in Saint Petersburg, Russia then known as Leningrad.

15. Putin has an eighth dan black belt in judo.

17. Putin became the assistant rector (dean) for International affairs at Leningrad State University in the year 1990.

18. In order to join the KGB, Putin applied to law school and graduated in 1975 from Leningrad State University.

19. Putin’s ex-wife Lyudmila Aleksandrovna never knew about Putin being a KBG spy even while they were married.

20. Putin became the deputy chief administrator of the Kremlin in 1997 under the presidency of Boris Yeltsin.

23. Putin is a strong fan of the Beatles, Yesterday being his favorite.

25. Putin owns a palace; Putin’s Palace is located off the coast of the Black Sea in Krasnodar Krai, Russia.

26. In 1999, Putin served as the Secretary of the Russian Security Council.

27. Putin served as the Prime minister of Russia for the first time in the year 1999 succeeding Boris Yeltsin.

28. Putin has served four (4) terms as the President of Russia.

29. Putin is an Orthodox Christian who believes that gay marriage is a form of satanic worship.

30. Putin was sworn into the office of Prime minister for the first time on the 7th of May, 2000.

31. Growing up, Putin and his family lived in a communal apartment with some other families.

32. Putin was the first Russian leader to visit Israel. He visited Israel in April 2005.

33. Putin has two daughters which he never talks about nor walks with in the public.

35. In 2006, Putin visited sub-Saharan Africa as the first Russian leader to do so.

36. Putin’s father got crippled during World War 2 and he was very poor.

37. Putin’s third tenor was considered a rigged election by some citizens.

38. Putin’s wife Lyudmilla divorced Putin because they weren’t seeing themselves most of the time.

40. In 2012, Putin signed into law that US citizens are utterly banned from adopting Russian Children.

41. Putin signed a decree in 2014 that bans food and other agricultural imports from countries that imposed sanctions against Russia.

42. It was rumored by the US Office of the Director of National Intelligence that Putin created an influence campaign aimed at helping Donald Trump in the 2016 presidential election while hurting Hilary Clinton.

43. Putin has been nominated for a Nobel Peace Prize twice.

44. While in school, Putin was mentored by Anatoly Sobchak who was the first democratically elected mayor of Leningrad.

45. Putin is a great lover of animals.

46. After the 9/11 attacks on the US, Putin allowed the US to use its airspace and also for the Russian government to join the search-and-rescue operations.

47. It is said that Putin had protected a US information leaker, Edward Snowden.

48. Due to the sanction bills approved by Donald Trump, in 2017, Putin ordered that 755 staffers at the US diplomatic missions in Russia be sacked from their jobs.

49. Putin’s birth was followed by the death of his two brothers, Viktor and Albert Putin.

51. Putin rising to the position of the acting president granted Boris Yeltsin immunity from prosecution when he stepped down amid a scandal.