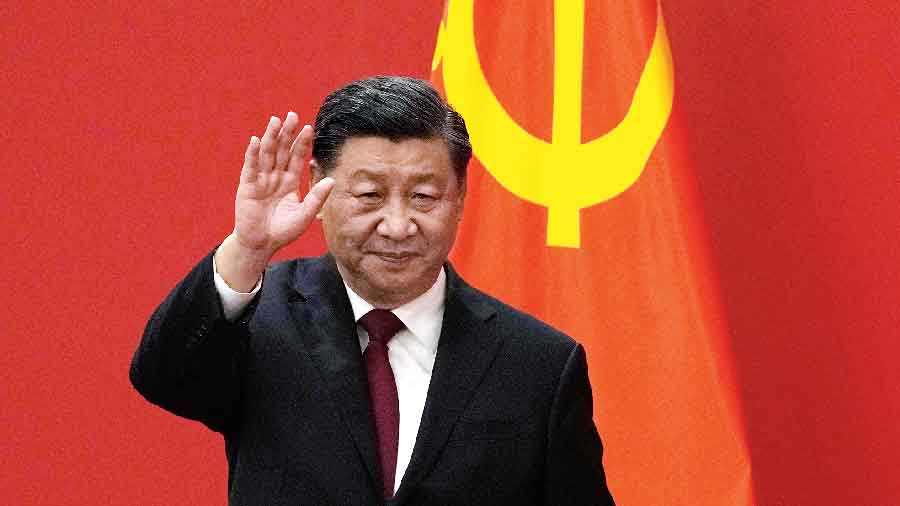 If you think you know all about Xi Jinping, think again, I will reveal some fascinating facts about the secretive leader Xi Jinping that are not in the media. Did you know that Xi applied 10 times to join the Chinese Communist Party and got rejected 9 times?  Grab a cup of coffee and let’s get started.

1. Xi Jinping sometimes says he doesn’t often believe nor knows how he got into office.

2. Xi is a book lover with his favorite being Russian literature.

4. Xi served as secretary of the Chinese Communist Party first in 2012.

5. Xi has served 3 tenures as the general secretary of China.

6. Xi’s father having served as the deputy prime minister of China was rich.

7. Xi spent his childhood largely in the luxury of the residential compound of China’s ruling elite in Beijing.

9. Xi after graduating worked as a secretary to Geng Biao who was the vice premier and minister of national defense in the central Chinese government.

10. Xi has served 3 tenures as the president of China.

11. Xi was selected as a party committee mayor and a vice mayor of Xiamen in the Fujian province.

12. Xi spent some time in Muscatine, Iowa as part of a Chinese delegation looking into farming technology.

13. Xi was selected as the acting governor of Fujian in the year 1999.

16. Xi served in Zhejiang as the governor.

17. Xi believes that the policies used by the previous Chinese leaders are what got China where it is in its pickle. Well, he is determined to change some of those policies.

18. Xi served in four provinces during his political career including; Shanghai, Fujian, Zhejiang, and Beijing.

19. Xi was appointed as one of the nine members of the standing committee of the CCP’s Political Bureau.

20. At some point in Xi’s life, he lived in dirt caves carved out of mountains.

21. In 2010, Xi was named the vice chairman of the Central Military Commission.

22. Xi is the first national Chinese leader with a Ph.D.

23. One of Xi’s favorite stories is being made into a movie known as ‘Guling in My Dream’.

24. Xi is a very dedicated Marxist, but he believes that it needs to adjust to economic and social realities.

25. Xi plans to build a new system for Chinese society based on the rule of law and not personal connections.

26. At some point, the father of Xi Jinping got on the bad side of the government and hence, was sacked. During this period, Xi Jinping worked as a manual laborer in an agricultural commune.

27. Xi started a nationwide anti-corruption campaign that saw the removal of thousands of high and low officials.

28. It is believed that Xi had spent part of his growing days in a very poor province called Liangjjahe.

29. Xi approved the release on medical parole of Wang Youcai, the co-founder of the China Democratic Party. This is considered illegal in China.

30. AS a young adult of age about 16, Xi tried to build a poop-fermenter so that people could use it for cooking at night and for seeing at night.

31. In 2016, the Chinese Communist Party (CCP) bestowed Xi the title of core leader.

32. Xi is often referred to as a princeling which in China is used to refer to people who benefit from cronyism and nepotism.

34. Xi is the fifth national leader of China.

35. Xi becoming the president had in mind to end poverty in urban areas which he has achieved. And later achieved total eradication of poverty in Chinese.

36. In 2017, the CCP voted to enshrine the name of Xi alongside his ideology (thought) in the party’s constitution.

37. The National People’s Congress unanimously elected Xi for his second tenure as president of China.

39. Xi Jinping was born in Shaanxi province of China.

40. Xi has been married twice, firstly to Ke Xiaoming and secondly to Peng Liyuan.

41. Xi applied 10 times to join the Chinese Communist Party and got rejected 9 times.

42. It is believed that Xi once had an interest in Tibetan Buddhism and Traditional Chinese cultism.

43. Xi at some point in his life lived in a province that was so poor that its GDP per capita was $20 yearly while that of China was $100 yearly.

44. Xi once lived with people who were mostly illiterates and were covered in fleas.

46. The former president of China before Xi was Hu Jintao.

47. Xi has only one child, Xi Mingze whose mother is his second wife, Peng Liyuan.

49. At some point, Xi wanted to retire but the Chinese refused him from going because he is a benevolent and capable leader.

50. Xi successfully eradicated most of the bribery and corruption in the Chinese government.