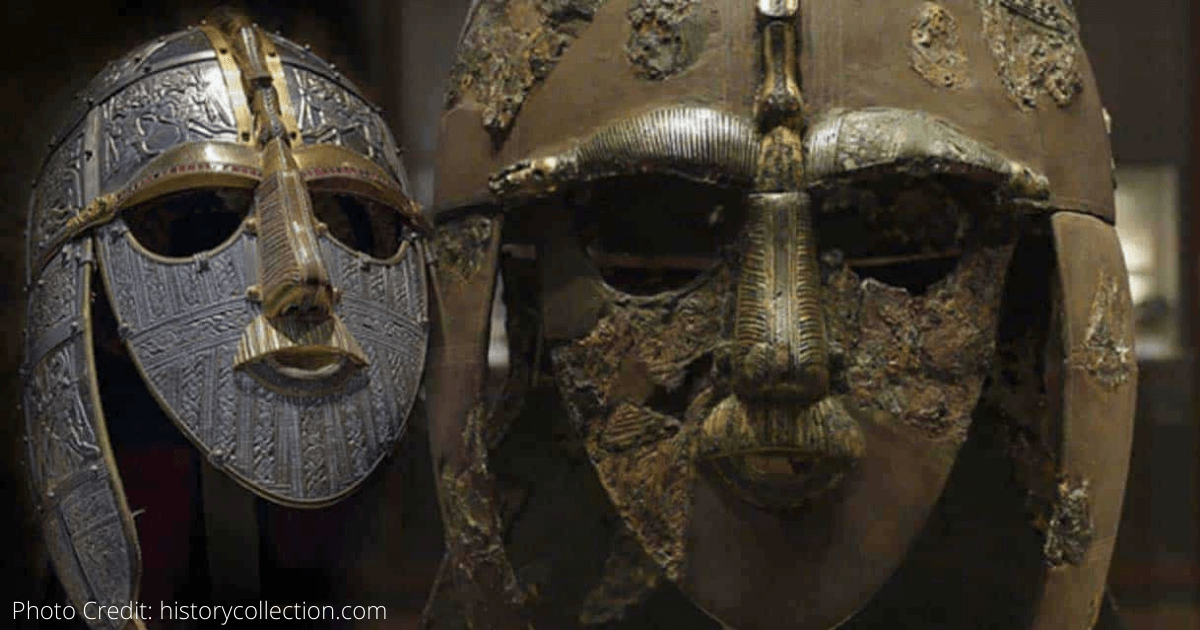 1. Interestingly, Yuletide season such as Christmas emerged from the Anglo-Saxons as they usually celebrate winter solstice back then on the 25th of December under the old Julian calendar.

2. The days of the week in use now were very similar to that of the Anglo-Saxons. Below is an example of how it looked like;

3. Surprisingly, both Norwich and Birmingham can trace their roots back to Anglo-Saxons settlement. While Norwich was a farm, Birmingham was a village during the Anglo-Saxons era.

4. Quite interesting to know that majority of people during the Anglo-Saxons era believed in magic, potions, and stones as they believe strongly that it will shield them from any form of evil.

5. The Anglo-Saxons were able to settle in properly in Britain in 450AD after the Romans had left.

6. It is believed that quite a vast majority of the Anglo-Saxons were farmers.

7. Their diets were quite fascinating as they virtually ate a balanced diet.

8. It is believed that their houses were made of wooden huts but were very big with many of them sleeping together in one place.

9. The first set of Anglo-Saxons that came into Britain were believed to be pagans.

10. Research suggests that the Anglo-Saxons were made up of three tribes namely; the Angles, Saxons, and Jutes.

11. It is believed that a mammoth war occurred between the Saxons and the Britons around AD 500 at a place called Mount Badon. The Anglo-Saxons lost heavily reportedly as they couldn’t withstand the prowess of King Arthur.

12. King Penda was quite famous and known for his ruthlessness during the Anglo-Saxon era and his reign lasted between AD 626 to 655.

13. Despite being known as pagans at first, Christianity increased rapidly during the Anglo-Saxons era.

14. It is believed that the killing of the sister of Sweyn Forkbeard, the mighty King of Denmark was the mystery behind the end of the Anglo-Saxons in England.

16. The first Anglo-Saxon King to accept Christianity into his Household was King Ethelbert.

17. In Anglo-Saxon history, Alfred the Great was widely regarded as a man full of wisdom and was credited with the honors of stopping the Viking invasion from AD 871 until AD 899.

18. The Jutes were always the odd one out as the majority of their history in comparison to others was treated with a pinch of salt.

19. The Angles established themselves in the north and eastern part of England, founding the Kingdoms of Northumbria while the Jutes settled in Kent in the southeast of England. The Saxons settled in the south naming their nations Wessex and Sussex

20. The Anglo-Saxon’s major language was Germanic dialect which later evolved into old English.

21. The Anglo-Saxons were known to be skilled craftsmen and metal workers due to their blood-thirsty nature.

22. Some particular set of people from Anglo-Saxon were the major force behind missionaries spreading the gospel beyond the walls of England.

23. The Anglo-Saxons interestingly created the England nation because the word England is a compound of “Angle” and “Land” which simply means “Land of the Angles”.

24. The Anglo-Saxons originally came from Germany, Denmark, and the Netherlands.

25. Talks of them building an apartheid society were false as the 5th century of Britain might have contained a large population of Galdo Germanic people.

Do you know that a Serbian man named Slavisa Pajkic can conduct up to 20 volts of through his body and can also heat up a cup of water up to about 97°? Discover more Human with Surprising Supernatural Ability.

26. Between the 9th and 11th centuries, the Great Danes tried to push the culture of the Anglo-Saxons to the brink of extinction as they share different religious beliefs.

27. Anglo-Saxon rulers oversaw a Pogrom which simply means the mass slaughter of ethnic or religious groups.

28. Interestingly, the Anglo-Saxons pagans devoted a whole month to offer animal sacrifices to their gods which are often called the Blood Month.

29. The most common military equipment for the Anglo-Saxons is the spear.

30. King Alfred birthed the idea of one nation in England which was formerly called “Englaland”.

32. The philosophy of their tribe hinges on Fate such that the quote below best describes them; “What will be, will be”.

33. Their women had some right but was limited.

34. The Anglo-Saxon warriors are picked based on strength and are to follow their leaders without any form of questions.

35. Interestingly, Anglo-Saxon Elders are chosen based on their experience on the battlefield.

36. Quite fascinating that their leaders are chosen based on strength and remain, leaders, until defeated.

37. The Meadhall is a building that serves as a meeting place for each tribe.

38. Mead is the alcohol for Anglo-Saxon warriors and it’s made up of honey, sugar, water, spices, and barley.

39. The weapons commonly used by Anglo-Saxon warriors include; Helmet, Shield, Horses, Sword, and Coat of mail.

40. Anglo-Saxons also believed in the god of Thunder and weather which is known as “Thor”.

41. Anglo-Saxon burial rites include gods and elements of fire and water.

42. One of the people that are usually held in high esteem amongst the Anglo-Saxons are the storytellers which are called a Bard or a Scop.

43. There are two types of poetry during the Anglo-Saxon era which are Heroic and Elegiac. The Heroic poetry talks about the achievement of warriors while the Elegiac talks about the loss of the past and the death of loved ones.

44. Interestingly, the end of the Anglo-Saxon era birthed the beginning of the middle age.

45. The only manuscript that survived the Monastery destruction by Henry VIII was known as Beowulf.

46. The Anglo-Saxons once killed the British and their leaders between 472 and 463 AD and took over their kingdoms.

47. The name Anglo-Saxon was coined in the 8th century in other to differentiate Germanic-speaking people that lives in Britain from those who lived on the continent.

49. It would intrigue you to know that only four Anglo-Saxon helmets have been found to date with Coopergate helmet being the most famous one.

50. Strangely, the Norsemen share the same ethnic origin as the Anglo-Saxons.

51. The favorite meats of Anglo-Saxons were Deer and wild boar.

52. With farming one of their major profession, they were able to grow wheat which enabled them to make bread and beer.

Do you know that when a person dies they have an estimated 7 minutes of brain activity left? Click to see more interesting psychological facts