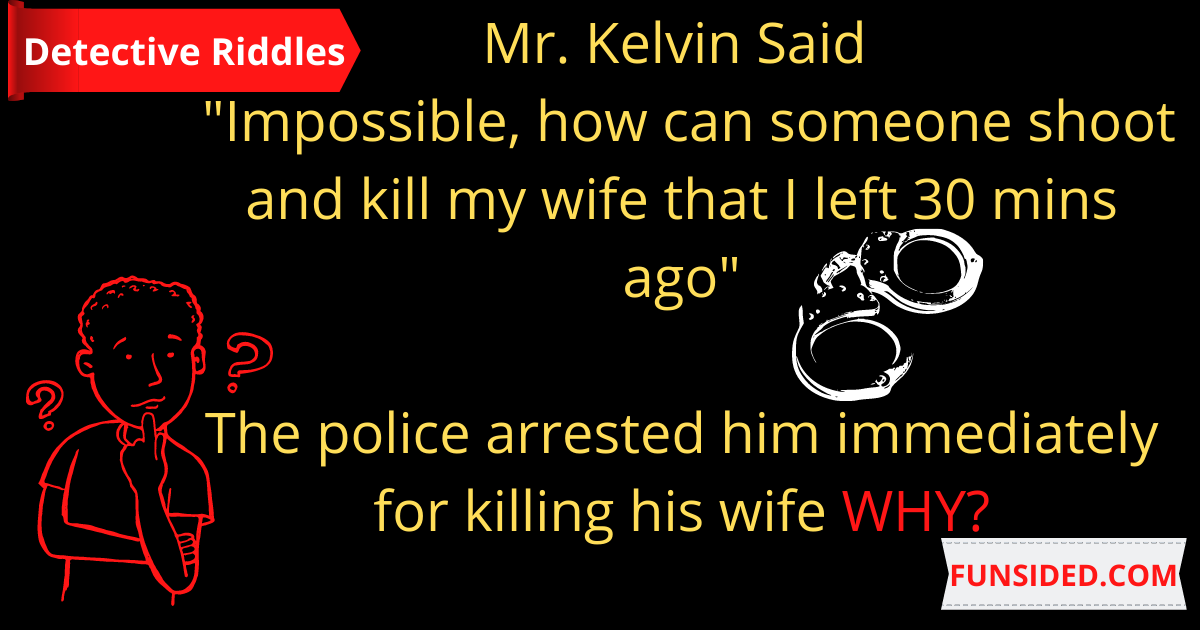 Solving riddles is not only a Fun-filled Exercise, it is also a great activity that will keep your brain active and healthy.  Put on your thinking cap and jump in to start solving crimes, remember to always pay attention to little details because it will certainly be helpful.

Mr. Mark’s body is lying lifeless in front of 5 story building where he lives. The police have just arrived at the scene and started an investigation.
The investigation reviewed that Mr. Mark who was living on the 2nd floor of the building was shot on the forehead. The police starting questioning neighbors.
The first person the police questioned was a tell man living on the 3rd floor when the police entered his apartment, they noticed a gun on his table.
The police asked, “Are you armed sir”?
He replied “Yes I am armed”
The police asked, “What were you doing at around 9 am this morning”?
“I was cooking in my kitchen when I heard a gunshot, I grabbed my gun, went to the sitting room, and heard people shouting down the building. I looked through the window and saw the lifeless body”.
The police moved on and questioned the tenant living on the first floor.
The police entered the apartment and met her sitting down in the sitting room and crying. “Mr. Mark was my good friend” she shouting when she saw the police.
The police asked, “What were you doing at around 9 am this morning”?
“I was still sleeping at that time, it was the noise of the gunshot that woke me up,” The woman said.
The Police decided to question people living in a 5 story twin building across the street. They entered the apartment of the women living on the 1 floor of the twin building.
“Ma, where were you at around 9 am today? Did see anything that happened in the other building?” The police asked
“Welcome office” the women replied. She continued, I was sitting by the window side this morning preparing my presentation at work, when I saw Mr. Mark looking out through the window, I heard a gunshot and saw Mr. Mark falling down through the window. I then saw a tall man with a gun leaving Mr. Mark’s apartment after that.
The police arrested one of the 3 people questioned as a major suspect, who and why?

See also  4 Tricky Detective Riddles for Adult Deep Thinkers - Part 2
ANSWER: Police arrested the woman living in the opposite building because Mr. Mark was shot on the forehand, meaning he was not looking out the window when he was shot. And the shot was from within so it was not a sniper.

Mr. Kelvin and his wife were having a nice time in a park when Mr. Kelvin’s phone ring. After answering he told his wife that it was his boss that was calling and his attention was urgently needed at the office. Kelvin told his wife that he will be back soon, kissed her, and left.
30 minutes later, someone shot and killed Mrs. Kelvin in the park. The police arrived at the crime scene, did their investigation, and took her body to the morgue. The police called Mr. Kelvin and told him to come to the Police stations, when he arrived, a senior police officer took him into his office and told him his wife was dead.
Mr. Kelvin who looked surprised said “impossible, how can someone shoot and kill my wife that I left 30 mins ago”. The police arrested Mr. Kelvin  as a major suspect of his wife’s death. Why?


ANSWER: Because the police never told him that his wife was killed by a gun.
Advertisements

Anita is a nurse who lives in the same neighborhood with a lovely blind man named John. Anita came back from work around 4 pm and discovered someone had broken into her house and stolen $10,000 she kept in her safe.
She quickly reported to the police. When the police arrived, they questioned 3 suspects. Anna was a friend to Anita who knew that Anita had a safe. James, Mr. John’s son who use to help Anita fix broken things in her house.
Mike, a guy that newly parked into a house next to Anita’s.
Police: Where were you and what were you doing between 10 am to 3 pm?
Anna: I was at home watching a movie.
James: I was teaching my Dad how to drive
Mike: I was cleaning and arranging my home.
Police arrested one of them, who and why?

See also  30 Tricky Riddles For Adults with Answers
ANSWER: James, because his Dad is blind and blind people can’t drive.

80-year-old Mrs. Jane was murdered by 2 am, her 12 years old grandson found her body in the morning and reported it to the police. The police arrived at the crime scene and questioned 3 neighbors their house was close to Mrs. Jane’s House.
The 3 people the police questioned were Mr.Basil a truck driver, Mrs.Mary, a nurse, and Mrs.Judith a teacher.
The Police asked them, Do you know Mrs. Jane is dead? Do you know who might have killed her?
Mr. Basil told the police ” I don’t know she is dead, although I have had some disagreement with Mrs. Jane in the past, I don’t know anything about her death.”
Mrs. Mary said “I am shocked, I don’t know Mrs. Jane is dead, I don’t know who killed her, she was a good friend to my mum and my mum told me this morning she will certainly miss Mrs.Jane”
Mrs. Judith said “Yes I know she is dead, her grandson me this morning. I don’t know who committed such a wicked act.”
The police arrested one of them, who and why?

ANSWER: Mrs. Mary. Because she said, “My mum said she will certainly come for her burial”. How come the mum already knew about the death and Mrs. Mary don’t?

A happily married couple goes on a holiday and locked up their house. The wife hides her jewelry in a safe place and when they came back the jewelry was stolen and nobody broke into the house, how is this possible?


ANSWER: The wife hide the jewelry outside the house.

The police arrived at a crime scene where a man has been reported to have committed suicide and only saw a pool of water and a man hanging on the ceiling. The police didn’t believe it was suicide at first, but after investigation, they confirmed it was suicide. How did the man kill himself?

See also  26 Interesting and Tricky Riddles with Answers
ANSWER: He climbed on an ice block and died when the ice melted.

Hope you have fun solving these tricky riddles? Please enter your Name and Email in the form below, to get notification when we publish new and interesting riddles or click here to join our telegram channel. I can’t talk but will reply when spoken to, what am I? Check out Answer and 30 Tricky Riddles For Adults with Answers here. 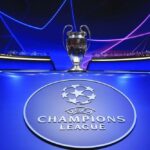