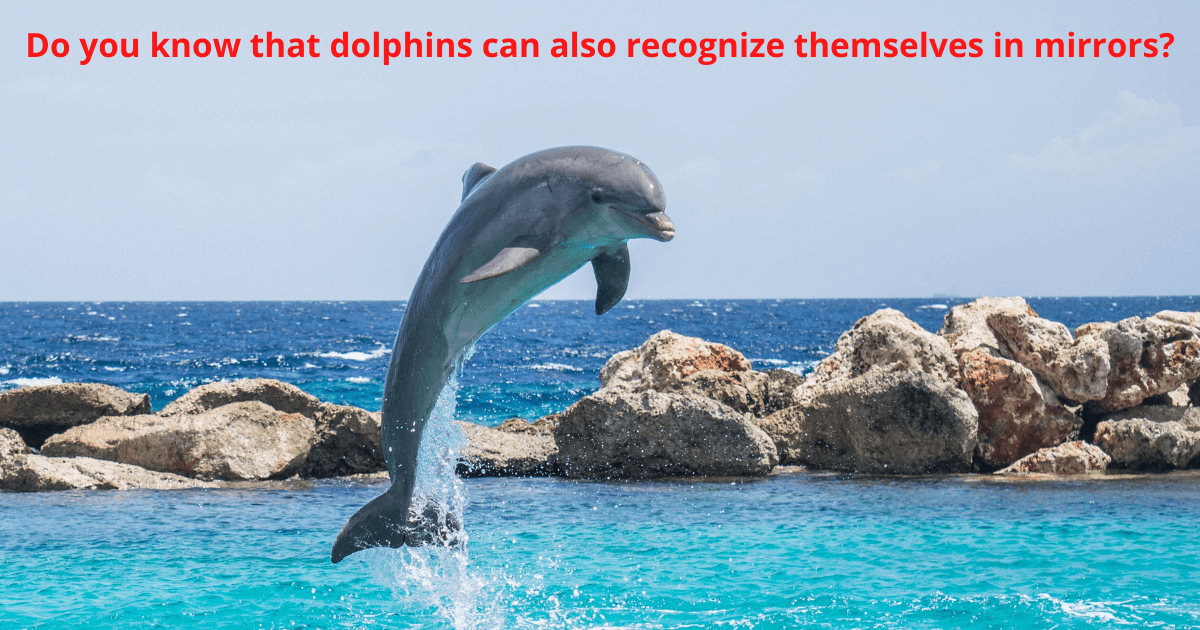 Do you know that dolphins can also recognize themselves in mirrors? Dolphins are fascinating creatures and are loved virtually by everyone due to their tenderness, intelligence, and ability to relate well with humans. In this interesting content, you will discover some interesting and jaw-dropping dolphins facts;

1. Unlike humans, Dolphins have two stomachs, one is used for food storage while the other is for digestion.

2. Dolphins sleep with only half of their brains so they can stay alert to predators.

3. Even though Dolphins have delicate skins they heal faster due to their unique healing attributes.

4. Interestingly, some Dolphins can swim at the rate of 20 miles per hour.

5. Killing a dolphin in ancient Greece was deemed sacrilegious and punishable by death.

6. In 2014, something unusual happened as a two-headed Dolphin was found in Western Turkey.

7. Dolphins are believed to have the longest memory in the animal kingdom.

8. Dolphins are very intelligent in nature and can understand about 60 words and also show a great sense of awareness.

10. Dolphins have close to 360° of vision because they can move each of their eyes independently.

11. A tablespoon of water in a Dolphin’s lung could drown it.

12. Air can astonishingly be expelled from a Dolphin’s blowhole at a top speed of 100 miles per hour.

13. In comparison to a man-made sonar or bat’s sonar, a dolphin’s sonar or echolocation is very rare and superior.

14. Just like humans, dolphins don’t drink salt water rather they get water from the food they eat.

15. Dolphins have Bellybuttons just like humans because they are connected to their mothers via an umbilical cord while in the womb.

16. Just like a tree ring, the layer of a Dolphin’s teeth can give up a dolphin age.

17. Unlike most animals, Dolphins enjoy having sex and foreplay a lot and not necessarily doing it for the purpose of procreation.

18. It is a crime to touch or feed a wild Dolphin in the US waters.

19. Some set of scientists believe that Dolphins can use their high pitch sound to paralyze a fish while hunting.

20. Dolphins surprisingly spend most of their lives holding their breath.

21. A dolphin’s most dangerous enemy is believed to be humans.

22. Dolphins are better adapted to the sea than any other fish.

23. It would intrigue you to know that Dolphins teeth are only used for grasping not chewing because they have no jaw muscles that aids chewing.

24. Dolphins can’t swim backward which makes them more vulnerable to fishing nets and can drown within minutes.

25. The most common and well-known types of Dolphins are called the Bottlenose dolphins.

26. Dolphins can astonishingly kill sharks with their noses.

30. Dolphins amazingly have names for each other and call out each other to each other with their sound or via whistling.

31. Dolphins can surprisingly stay awake for two weeks without any sleep or rest due to echolocation abilities.

32. Since the early 1960s, Dolphins have been often used by the US military to detect underwater mines.

33. There are over 36 species of Dolphins and come in different colors such as black, gray, and pink.

34. In comparison to humans, a dolphin hearing aid is ten times better than that of humans.

37. Hector’s dolphin is the smallest known dolphin worldwide weighing about 60kg or 130 pounds.

38. It would interest you to know that Dolphins have bigger brains than humans. Their brains weigh about 3.5 pounds 1.6Kg while that of humans weigh about 2.9 pounds & 1.3kg.

39. About 50 million years ago, it was believed that Dolphins were land animals before returning into the ocean with evolutionary adaptations.

40. Dolphins often form large groups called “Pods”. They hunt, play, and protect each other as well.

41. Just like bonobos, chimpanzees, and orangutans, dolphins can also recognize themselves in mirrors.

42. Dolphins are very sociable in nature and can form over 1000 social groups.

43. Just like humans, dolphins mourn when a member of their group dies.

44. It might sound strange but dolphin skins regenerate every two hours.

46. Spinner dolphins can grow up to 7 feet long and weigh up to about 77kg in size.

47. Dolphins are piscivores in nature and they eat roughly about 15.8kg of fish, squids, and crustaceans per day.

48. On average dolphins sleep for 8 hours per day and as expected spend the rest of the day swimming.

49. Female dolphins are mysterious in nature as they carry only one baby at a time during gestation but they can astonishingly deliver twins sometimes.

50. Female Dolphins carry their calves for up to 11 to 18 months after birth.

51. Dolphins are usually not monogamous in nature.

53. Dolphins rarely bite except they are angry, furious, or afraid.

54. Japan, Solomon Island, and Peru are popularly known for killing dolphins for consumption.

56. Female dolphins are usually referred to as “Cows” while the male is called “Bulls”. The juveniles are called “Calves”.

57. According to animal welfare organizations, over 3,000 dolphins are believed to be in captivity worldwide.

58. The longest-living dolphins are Nana and Nellie. They both lived for 42 and 61 years respectively.

59. It’s still a mystery to many scientists to date why Dolphins repeatedly jump out of water.

60. Dolphins are very caring in nature and tend to stay with sick or injured individuals for a long period of time.