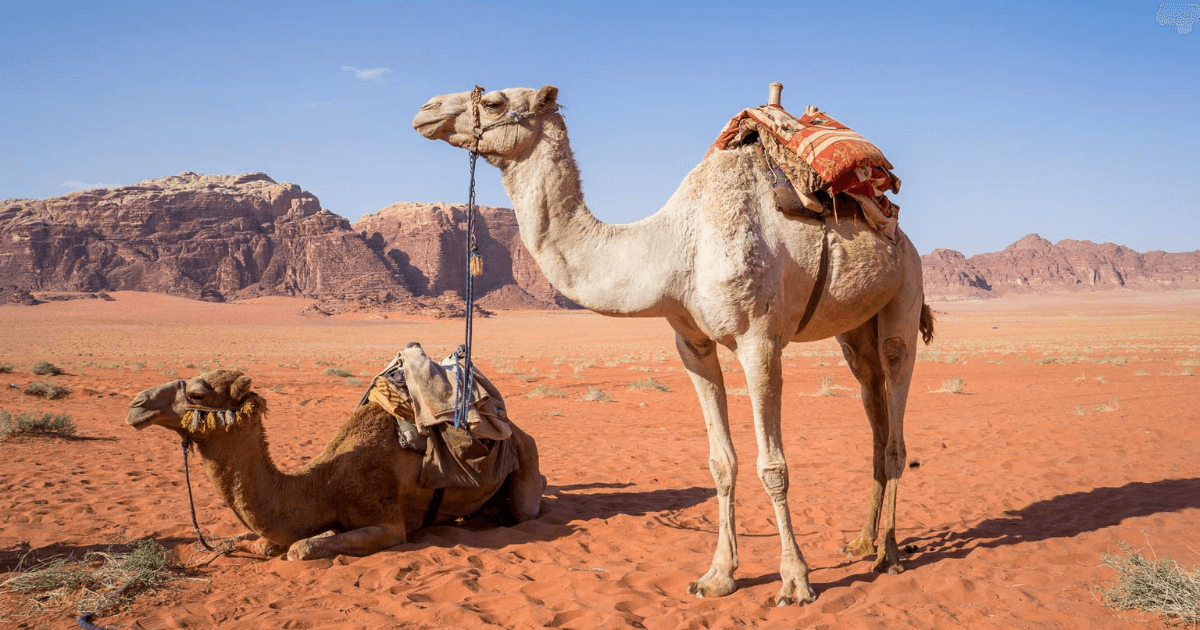 Camel is not the most beautiful of creatures but their resilience and ruggedness make them unique.  Do you know that Camels have great eyesight as they can sense danger as far as 3-4km?  Sound interesting? Get ready to be wowed with more unusual and fascinating facts about camels, in this article.

1. Interestingly, Camels can drink up to 40 gallons of water at once when extremely thirsty.

2. Camels are quite strong in nature and can carry up to 900 pounds for 25 miles per day.

3. They exhibit their displeasure at something when angry by spitting.

4. Camels are workaholics in nature and can travel up to 40 miles per hour.

5. Their humps serve as great storage for fats which can last them for not only weeks but months.

6. Unlike humans, their gestation period lasts for about 14 months.

7. Quite fascinating to know that you can find up to 160 words for Camels in Arabic.

8. Interestingly, Camels possess the unique ability to completely shut down their nostrils during sandstorms.

9. Due to their thick lips, camels can eat thorny plants without sustaining any form of injury.

11. Over 14 million species of camels are found all over the world.

12. While Arabian camels have one hump, Asian Camels have a double hump.

13. Despite having a sluggish look, Camels are very friendly in nature as they often move in groups when searching for food.

14. Quite interesting to know that Camel wrestling often occurs in Turkey in January annually.

15. Unlike humans, Camels can go for long days without water.

16. Camels hump is really considered a delicacy in the majority of Middle East countries.

17. Camels aren’t the best of fighters but they were frequently used during ancient wars by the Greeks, Romans, and Persians.

18. The only type of camels that can’t be tamed nor domesticated are called the “Wild Bactrians”. They are commonly found in the wasteland of Eastern Asia.

19. Unlike cows, Camels are very rich in Vitamin C and iron.

20. Due to the presence of thick fur, camels cope well with heat in hot regions.

21. They aren’t the fastest of animals but they can travel at the speed of 25 miles per hour.

22. Baby camels are often called Calves and don’t grow humps until they are matured enough to eat solids.

24. Interestingly, they have three eyelids and two rows of eyelashes.

26. Camels have great eyesight as they can sense danger as far as 3-4km.

27. Their average life expectancy is between 40-50 years of age.

28. They also have a very sharp canine which serves as a great tool while fighting amongst each other.

29. It is believed that Camels also give birth to twins just like humans.

30. Just like cows, camels have three-chambered stomachs which allow them to regurgitate and chew their cuds.

Do you know that dolphins can also recognize themselves in mirrors?  Click here to check out more interesting Dolphins facts.

31. Since they eat majorly grasses, leaves, and twigs, Camels are often considered to be Herbivorous in nature.

32. Camel milk is often used to cure tuberculosis in Kazakhstan.

33. Quite fascinating to know that camels are often used as a means of transporting books in remote areas in some parts of Kenya.

34. Strangely, during World War II, camels are deemed a lucky charm by the Germans as they believe driving their tanks over camel dungs will bring them some element of luck.

35. Camels astonishingly originated from North America about 50 million years ago.

36. Bactrian camels are quite scarce in the world as there are only about a thousand left.

37. The cross-breeding of a Dromedary and Bactrian camel produces a “Hybrid” which is only common in places such as Afghanistan, Iran, Kazakhstan, Russia, and Turkey.

38. Though it might sound a bit strange camels humps decrease in size once they use up the fats in their storage.

39. Hybrid camels are quite different from others as they are about 7½ ft in height and 2,200 lbs in size.

40. Unlike humans, camels have two toes on each foot.

41. Camels have about 34 strong and sharp teeth.

43. They are often called the “Ship of the Desert”.

44. Camels breastfeed their young ones just like other mammals.

45. They hate stony deserts because it hurts their feet.

46. Camels are quite unique in nature as they can kick all their four legs back and front.

47. It would interest you to know that camel’s urine is as thick as a syrup.

48. You can hardly find a camel poop to be wet because it’s mostly dry.

49. Camel’s offspring known as Calves weigh about 90 pounds at birth.

50. The oldest known camel in the world is known as the “Protylopus”.

51. Bactrian camels are of two types are Wild and domesticated.

52. Their long legs help them maintain good body balance and keep them away from hot temperatures in the desert.

53. Though it might sound almost impossible camels can live without water for about six to seven months during the winter period.

54. Camels are diurnal in nature which means they are mostly active during the day.

55. They make varying sounds such as groaning, moaning, loud bellows, and rumbling roars.

56. Interestingly, a calf can only walk beside her mother for just thirty minutes.

57. Camel’s humps are believed to serve as a form of Delicacy amongst some selected tribes.

58. Bactrian camels are often found in the Gobi deserts in China.

59. The first set of explorers in the 19th century made use of camels as means of transportation.

60. Llamas are very similar to camels in nature but they don’t have humps and are quite bigger.