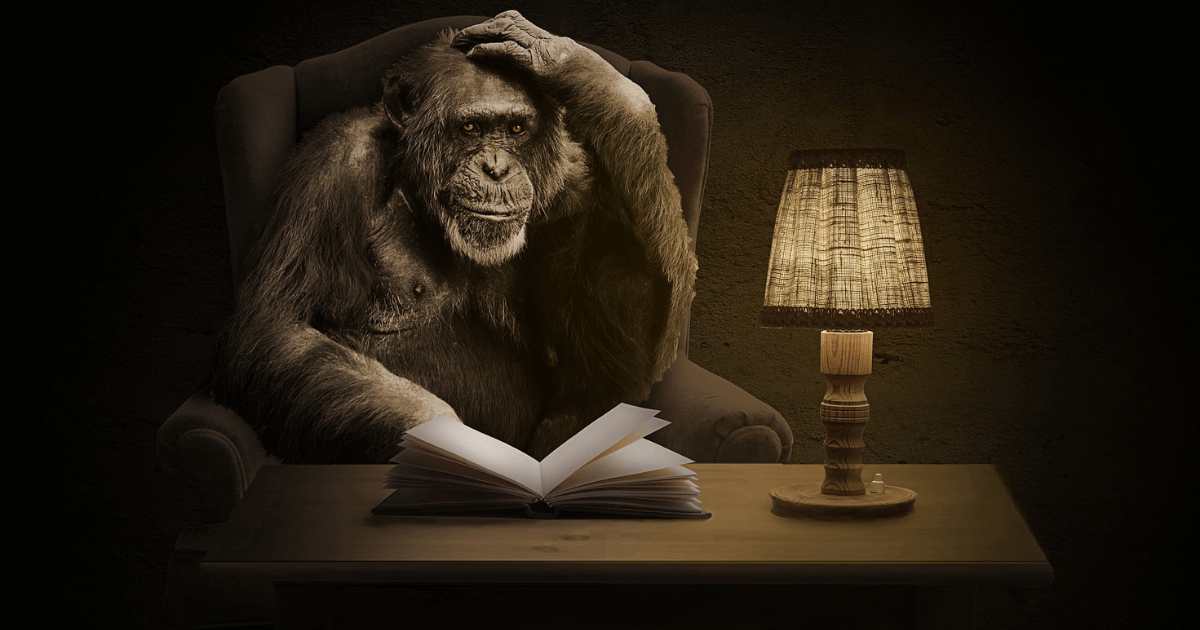 Do you know that Chimpanzees also have blood groups and can shockingly donate blood for humans? Chimpanzees are very fascinating creatures and the closest to humans in terms of behaviors, characters, and intelligence. In this article below, we will share a detailed fun history and interesting  Chimpanzee facts

1. The average life expectancy of a chimpanzee is about 50 years in the wild.

2. Just like humans, Chimpanzees can walk uprightly on their feet if they want to.

3. While Chimpanzees spend the majority of their time with few individuals are known as “Parties” they also associate with a large group called “Community”.

4. Chimpanzees are quite violent in nature and can attack one another in a battle for supremacy within a tribe.

5. Quite interesting to note that Chimpanzees are able to learn basic human words using sign languages. They can learn over 350 words.

6. The average diet of a chimpanzee consists of mostly fruits, plants, and a little number of meats and insects.

7. Chimpanzees are very strong in nature and are believed to be four times stronger than humans.

8. When running, chimpanzees can reach a top speed of about 25 miles per hour.

9. They are highly considered as endangered species due to habitat loss and fragmentation also with the high rate of illegal snare hunting, especially in Uganda.

11. Chimpanzees adapt to their environment quickly and can stay in dry regions with altitudes of over 3000m.

12. At age 13, Chimpanzees are fertile enough to start producing babies and can give birth at any given time of the year.

13. Research suggests that Chimpanzees are capable of exhibiting empathy with unfamiliar individuals just like humans.

14. Unlike other mammals, Female Chimpanzees only give birth once every three years.

15. Strangely, Chimpanzees are quite vulnerable to deadly diseases such as Ebola, HIV, and Aids.

16. Baby chimpanzees are usually born with a white tail tuft on their backs but eventually wear out as they grow older.

17. On average, chimps sleep for about 8-9 hours per day just like humans.

18. Surprisingly, Chimpanzees can warn members of their tribes of impending dangers from predators.

19. Due to the density of their bodies, Chimps can’t swim.

21. Humans surprisingly share about 98.5% of their DNA with chimpanzees.

22. It might sound unbelievable but Chimps are very clean in nature.

23. Infant chimps usually stay with their mothers for up to seven years.

27. Chimps can be located in about 21 African countries.

28. Chimps also have blood groups and can shockingly donate blood for humans.

30. The United State and Gabon are the only country in the world that allows experimentation on Chimpanzees.

31. Female Chimps are called Empress while the male is called Blackbuck.

33. Bonobos have smaller skulls than chimps.

34. Chimps are primates because they belong to the ape family while monkeys don’t.

35. Chimpanzees use tools like sticks to extract ants from trees or stones to break the shell of the nut.

36. Just like humans they Exchange kisses, hugs, touches in their community and use complicated systems of sounds to communicate with each other.

37. Grooming is an important ritual that creates close bonds between chimps community members. It can also calm the nerves of excited animals.

38. Chimps can organize games themselves when they are bored.

39. Each night, chimpanzees change the Location of their nests.

40. When sick, Chimpanzees eat medicinal plants to heal themselves.

41. There are four subspecies of the chimpanzee; the western, eastern, central, and Nigerian-Cameroon Chimpanzees.

42. Eastern chimps can be found in Uganda, Rwanda, Sudan, and Tanzania.

43. Meanwhile, the Nigerian-Cameroon Chimps live in the rainforest of Africa that covers part of the border between Cameroon and Nigeria. Male members of this particular species are heavily weighted and they grow up to as massive as 70 kilos and reach a body length of 1.2 meters with a height of 1.6m.

44. The Nigerian-Cameroon subspecies are the most threatened compared to the others because of their narrow range of distribution.

45. Western Chimpanzee is a native of Western Africa, found majorly in Ivory Coast and Guinea. They are well-organized hunters and their main aim is to hunt monkeys.

46. Unlike the others, Western chimpanzees use wooden spikes for hunting, live in cave homes, and enjoy playing in water and feed at night.

49. They are usually found at about 9,800 feet. Only about 47,000 to 78,000 of the Central Chimps are left due to Habitat destruction, poaching, and the Ebola Virus pandemic has strongly affected the population of this subspecies.

50. The oldest Chimpanzee ever recorded was named Little Mama and died at the age of 82 in 2017.

51. The adult male size of a chimpanzee weighs about 40-70kg and females weigh around 27-50kg. They have four feet tall height but females are smaller compared to males.

52. Chimps have demonstrated signs of Alzheimer’s due to the presence of the Amyloid proteins in their body system.

53. Chimps are the best copycats as they can imitate whatever you do in front of them.

54. Like human females, Chimps also go through their estrous monthly cycle which lasts for about 10-14 days.

55. Chimps and humans have common ancestors dating back as far as 7 million years ago.

56. Mating rituals in chimps are very quick and only last for just 15 seconds.

57. Interestingly, Chimps do eat and drink clay to detoxify their bodies.

58. According to research, chimps prefer teamwork to competition.

59. Chimps wars are not caused by human interference.

60. Chimps are most active after dawn.