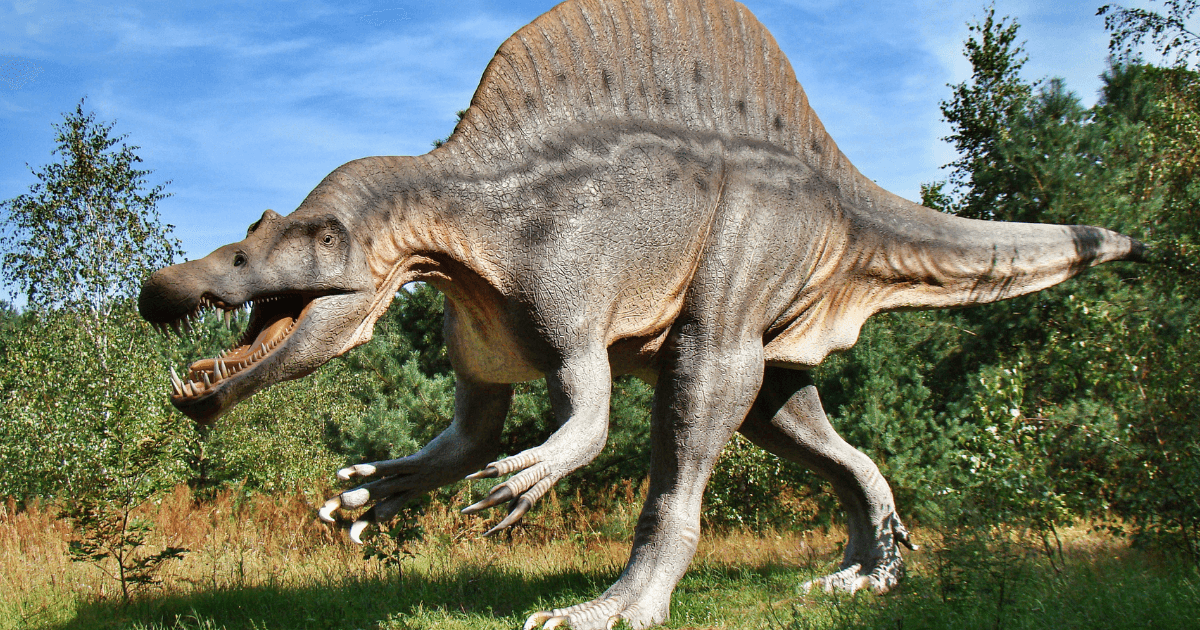 Dinosaurs are terrifying yet fascinating in nature but how conversant are you about these ancient and giant creatures? Get set to be blown away like never before as we explore some unique and uncommon facts about Dinosaurs below.

1. Interestingly, Dinosaurs have been on Earth longer than humans with over 160 million years in existence.

2. Dinosaurs’ skulls are very light in nature and it is believed that some skulls could be as long as a car.

3. Dinosaurs were not fixated to a particular region as they were evenly distributed across all continents including Antarctica.

4. Contrary to many beliefs, Dinosaurs aren’t as huge as been portrayed with many dinosaurs being the same size as humans or lesser.

5. A Dinosaur tail is very essential to their movement as it helps them gain balance. It is believed their tails are about 45 feet long.

6. The first set of Dinosaurs appeared over two hundred centuries ago and were quite small and lightweight.

7. The Dinosaur with the longest name is called Micropachycephalosaurus.

8. Dinosaurs’ extinction has been majorly attributed to a huge meteorite hitting the earth about 65.5 million years ago according to various scientists.

9. The average lifespan of a Dinosaur is believed to be around 200 years.

10. Research suggests that there are over a thousand species of Dinosaurs.

11. Dinosaurs are believed to be either cold-blooded or warm-blooded.

12. Quite fascinating to know that the largest Dinosaur eggs are equivalent to that of a Basketball.

13. The first set of Dinosaurs were carnivorous in nature.

14. Interestingly, the majority of Dinosaurs are believed to be vegetarians.

15. Despite having a gigantic body size, the Stegosaurus Dinosaur has a brain size equivalent to that of a Walnut.

16. In terms of height, Dinosaurs aren’t a match for Blue Whales who are over 108 feet.

17. Some particular school of thought believes that Dinosaur shed their skins when they grow.

18. In other to blend well with their environment, the colors of Dinosaurs are believed to be green and brown.

20. Quite interesting to know that Dinosaurs that are carnivores walk on their two feet while the Herbivores species walk on all four feet.

21. Though it may sound a bit strange, Dinosaurs usually swallow large rocks in other to aid digestion of food.

22. Dinosaurs that could run on two legs are often called Bipeds.

23. Just like every animal, Dinosaurs exhibit different kinds of defense mechanisms with some using their sharp teeth to ward off prey while others make use of their horns or sharp spikes.

24. A particular Dinosaur named Tyrannosaurus Rex has a reproductive organ up to 12 feet in length.

25. Herbivorous Dinosaurs often live in a colony as a form of protection.

27. The Ornithomimus is the fastest ever Dinosaur and can run at a staggering speed of 70km per hour.

28. The largest Dinosaur is around 19 inches long while the smallest weighed about 75 grams.

29. The oldest Dinosaur once lived about 245 million years ago and was named Saltopus.

30. The weirdest known Dinosaur was the Pegomastax which is a combination of both a Parrot and a Porcupine.

31. The heaviest dinosaur weighs about 77 tonnes and it is called the Argentinosaurus.

32. Interestingly, female Dinosaurs could lay up to 20 eggs at once.

34. It is believed that the majority of Dinosaurs lived during the Mesozoic age.

36. The word Dinosaur was first coined by a man called Richard Owen who’s a renowned Paleontologist in 1842.

37. Dinosaurs with the longest claws are called the Therizinosaurus.

38. It is widely believed amongst a lot of scientists that modern birds evolved from dinosaurs.

39. Surprisingly, Jellyfish have been in existence on Earth more than Dinosaurs.

40. Despite not being the biggest of Dinosaurs, the Troodon remains one of the most intelligent dinosaurs.

41. Dinosaurs’ fossil seems to be quite easy to find as they can be found in all major continents of the world.

42. The Spinosaurus lived both on land and water and was known as the largest carnivorous Dinosaur.

43. Majority of scientist believes that not all species of dinosaur has been uncovered.

44. Some particular schools of thought attributed the extinction of dinosaurs to climate change.

45. Most dinosaurs that are carnivorous in nature had feathers on their body.

46. Though they lived in the same Mesozoic era the Pterodactyls aren’t dinosaurs.

47. Prior to the arrival of Dinosaurs on earth, the Archosaurs and Therapsids were reptiles species that ruled over the world.

49. Carnivorous Dinosaurs are very quick and fast when hunting prey.

50. Quite interesting to know that Herbivorous dinosaurs have the same eyes as humans.

51. Scientist suggests that it’s very possible that dinosaurs shed their skins like snakes and lizards.

52. The Tyrannosaurus Rex eat a lot and ate about 22 tons of flesh per year.

53. Deinosuchus have the most powerful bite amongst dinosaurs.

54. The Argentinosaurus is the longest Dinosaur with over 40metro in height.

56. Though it might sound a bit strange, herbivorous dinosaurs encourage global warming due to the gas they pass from undigested food.

57. Some Dinosaurs are twice as tall as a giraffe.

58. The Tyrannosaurus Rex travels at a speed of 28km/hr when chasing prey.

59. Quite fascinating to know that the largest dinosaur footprint stood at an amazing 3 feet and 4 feet long.

60. Flesh-eating dinosaurs had their bones filled with air.

Leave a comment below and share if you like the content.  Do you know that Humans approximately says 4,800 words in 24hours, on average that’s 200 words per hour? Check out 83 Surprising and Fun Human Body Facts.