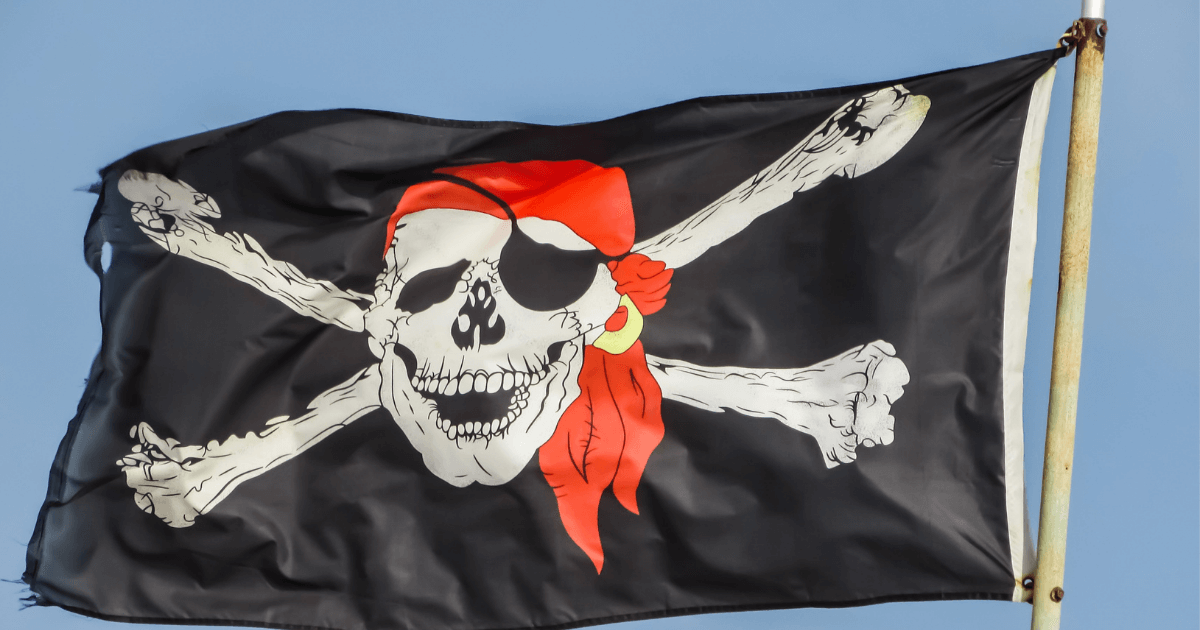 Do you know that when the body of Blackbeard was thrown overboard after he was beheaded, it was believed that his body swam around the ship three times before sinking? Pirates have wowed and divided opinions amongst the people over the years but in this article below, we will be highlighting some bizarre and amazing facts about the warriors of the Sea.

1. Contrary to many beliefs, pirates don’t have a uniform accent as expected with many of the phrases being associated with them are from the Disney Film Treasure Island in 1950.

2. Given the way pirates usually dress in modern movies, it is of the opinion that the majority of Pirates are very stylish in nature but history suggests otherwise as many of them often dress in maritime clothing for the day while pirates captains, and others with more money wears more expensive outfits.

3. According to research, Pirates weren’t wearing patches because they lost an eye but to quickly adjust to the darkness between the bright ship decks and the darkness below decks.

4. As expected, some pirates do have hooks and wooden pegs due to fighting different battles from time to time. Although, it is believed that for every loss of body parts while in action, each pirate are been compensated.

5. Pirates putting on earrings isn’t always for fashion but to prevent or mitigate sea sickness.

6. The Golden age of piracy was between 1650-1720 in which household names such as Blackbeard, Henry Morgan, and Calico Jack Rackham carved a niche for themselves during the said period.

7. Interestingly, the word “pirate” doesn’t revolve only around the world of a man with some women known as notorious pirates such in ancient times such as England’s Mary Read, France’s Jeanne de Clisson, and Ireland’s Grace O’Malley and Anne Bonny.

8. Maps are one of the most prized assets of a Pirates as it does aid their navigation easily and are highly invaluable to them.

9. Due to the fact that they do spend most of their lives on the sea, pirates don’t just eat anything and they have a special menu they follow strictly while on the sea.

10. Pirate captains are being elected into power by the most popular votes amongst other members and can likewise be removed once they fall short of expectations.

11. Surprisingly, Pirates do have a code of conduct. Although it varies from ship to ship, the majority of their codes are channeled towards discipline and how they divide their stolen goods.

12. It might sound strange but Pirates ship crew are treated better than Merchant sailors. The majority of merchant sailors usually feed on scraps and are always cheated in their pay.

14. Despite been known for their illegal activities, it would interest you to know that Pirates often share the spoils from their various plunders with the local communities around them.

15. While some settle down after retiring, some were already married with kids during their time as pirates.

16. Stubborn or troublesome crew members in the pirate’s team are often given a gun with a single shot to kill themselves on a deserted island.

17. Interestingly, Julio Caesar was once captured by Pirates at the age of 25 years old and held captive for a jaw-dropping 38 days. According to Britannica, a ransom of 20 talents was demanded by his captors of which was later paid and was released as promised.

18. Captain Henry Avery and his crew once hit a jackpot in one of their plunder having carted away with a huge sum of money and jewelry worth over $200 million today.

19. Madame Shing Chih is often considered as one of the most powerful Pirates in history having commandeered over 300 ships with over 20,000-40,000 men obeying her orders. She took over the reins of the Red Flag Fleet from her husband when he died. Following the amnesty granted to Pirates in 1810 by the Chinese Government, she had amassed enough wealth to open up a gambling house in which she operated till she died at the age of 69.

20. Often famous for his viciousness in the 17th century, Blackbeard which is one of the most feared Pirates once shot one of his lieutenants just to show how ruthless he was and to always put his crew members in check.

21. Despite pictures suggesting Pirates prefer to use big ships, it would interest you to know that they prefer smaller ships because they are faster and allows them to go in and out of inlets and shallow bays easier.

22. Surprisingly, the ever notorious and ruthless Blackbeard career only lasted for two years.

23. Retired army Major Stede Bonnet only became a Pirate in the 17th century shockingly because of his nagging wife. He was often called the “Gentle Pirate”.

24. Due to his level of wickedness, Henry Avery was the only one exempted from the King’s pardon in 1718.

25. Interestingly, when the body of Blackbeard was thrown overboard after he was beheaded, it was believed that his body swam around the ship three times before sinking.

26. Besides the captain, the Navigator is one of the highly respected on the ship given their ability to use the sextant, and charts remain a stroke of genius.

27. Provided there is a chance they could be captured, pirates’ captains will change from their flashy robes in an attempt to disguise themselves as one of the crew members so they can appear unimportant.

28. Saint-Malo in France is often regarded as a safe haven for Pirates.

29. Interestingly, a Governor once placed a $500 bounty on a pirate named Jean Lafitte but in turn, Jean Lafitte offered $5,000 for the capture of the Governor.

30. A former king of Sweden named King Eric VII became a pirate after he was forced off the throne. Although, it was believed he joined the warriors of the sea so he could hit back at his enemies.

31. Quite intriguing to know that committing a crime at Sea makes you a Pirate automatically.

32. Despite people labeling the majority of them as outcasts or pariahs, Pirates were a part of the normal economy.

34. Pirates don’t only attack ships as research suggests that they do plunder on land too with Edward Mansvelt, a pirate warlord commanding over 1,000 people to attack the Spanish in what was later called the sack of Campeche in 1663.

35. Pirates are not forever as Woods Rogers who often plundered the seas day and night ended up becoming the Governor of Bahamas after retiring.

36. In the 15th and 16th centuries, they were two sets of pirates who mirrored each other. The Barbary Cosairs were Muslims but only attacked Christian commerce while the Knights of Saint John was a Christian body that attacked Muslim ships.

37. Pirates still exist in the world with some few cases been reported in some parts of Africa over the past decade.

38. The Jolly Roger flag has many variations ranging from red skeletons, hourglasses, and men standing on skulls.

39. Contrary to many opinions, the dreaded sea flags were red, not black. Whenever a Red Flag is been hoisted it simply means no mercy will be granted on any captured ship.

40. Pirates reportedly practiced Gay marriages as early as the 1600s before the French Governor of Tortuga in 1645 shipped in prostitutes to the ports of the new world in an attempt to eradicate same-sex marriage amongst the pirates.

41. Privateers and Buccaneers look similar but they are also some slight differences. Privateers made use of private ships for attacking foreign vessels under the approval of the country’s government while Buccaneers are mostly felons, facing criminal charges.

42. Edward Low known for his brutal nature always force some of his captives to eat the heart of their captains. Due to his violent nature against his crew and others, he was mutinied and left to die on an island in 1724.

43. Contrary to popular belief, pirates never hid any treasure as they would have traded it for food and medicine.

44. One of the toughest challenges a pirates face is keeping healthy and been fed as a lot of food had to be eaten within few days to stop it from getting spoilt.

45. Rings, earrings, and necklaces were most sought after by pirates, and won’t mind cutting off people’s fingers or ears if they can’t remove the jewelry they find attractive on the victim’s body.

46. Pirates always had an issue with Scurvy disease.

47. The only thing that separated an unruly pirate from a watery grave was a walk on a small plank of wood. Other punishment for insubordination includes mutilation, been sold into slavery and Keelhauled.

48. Piracy started as early as the 14th century with a group of ocean raiders attacking the ships of Aegean and Mediterranean civilizations.

49. Shockingly, the ancient Greeks considered piracy as an honorable profession.

50. The most popular set of pirates in medieval times were the Vikings, they raided and looted the coasts, rivers, and inland cities of Western Europe, Seville, North Africa, and Italy between the 8th and 12th centuries.

51. The first English pirate to be hanged by King Henry III in 1241 was named William Maurice.

52. Famous Caribbean Pirate Bartholomew Roberts holds the record for the most capture by any pirate and was known for hanging the governor of Martinique from the yardarm of his ship.

54. Pirates are often pragmatic and lenient when they capture a ship as they take no prisoners or kill everyone aboard provided they surrender with ease.

55. Equal share was one of the major codes of pirates as captains and commanding officers and the crew members almost earn the same share of the loot.

56. In a bid to boost morale among the crew and reduce desertion, the Royal Navy changed the rules so that looted ships went to the captors rather than the crown. Literally, that’s piracy at its best.

57. Desertion is highly prohibited amongst pirates as it is deemed punishable by death.

58. Pirates often prowl narrow sea channels such as the waters of Gibraltar, the Gulf of Aden, the Strait of Malacca, and Madagascar.

59. Despite the hype surrounding the Caribbean and Atlantic pirates, the Mediterranean pirates always outnumber or match them at any point historically.

60. Hybrid sailing vessels with oared parts were often used in hunting pirates both in the Mediterranean and Caribbean.