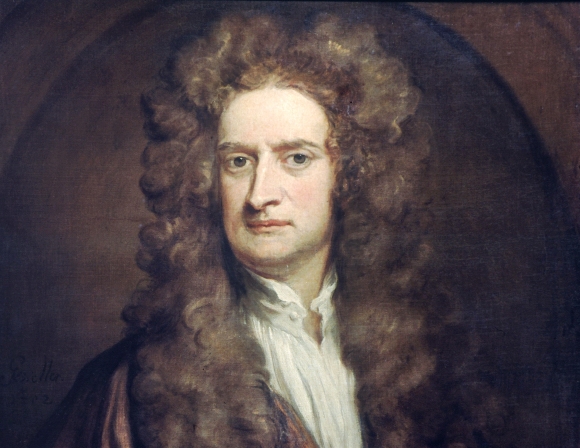 The world of Physics will not be complete without the name “Sir Isaac Newton”. He is often considered unarguably the greatest of his generation but how much do you know about this extraordinary scientist? Get set to be blown away by some unusual and fun facts about the revolutionary scientist below;

1. Interestingly, Sir Isaac Newton could have been a farmer at the age of 15 after his mother tried to persuade him to go into farming has shown less interest in studying.

2. Sir Isaac Newton once predicted that the world will end by 2060.

3. Isaac Newton suffered from various diseases during mid-1693 such as anorexia, severe insomnia such that he couldn’t sleep for up to five days.

4. He wasn’t known for laughing that much as research suggests he only laughed only twice.

5. Unknown to many, Sir Isaac Newton served two terms in the British Parliament as a representative of Cambridge University.

6. Though it might sound a bit strange he once proposed that a toad vomit should be used in curing a plague.

7. He was known to be a Selfie lover as he had more portraits of himself than an average person.

8. Newton was believed to have been born prematurely and wasn’t expected to survive as a child.

9. Alongside fellow greats such as Charles Darwin & Winston Churchill, Isaac Newton was known to be a Stutterer.

10. He was quite mysterious in nature having reportedly itemized all his sins up till the age of 10.

11. Unfortunately, he lost his father twelve weeks before he was born.

12. He was knighted remarkably for his contribution to science in 1705 by Queen Anne.

13. Contrary to many beliefs, talks of an Apple falling on Newton’s head was purely fabricated.

15. Incredibly, he was appointed the Lucasian Professor of Mathematics at Cambridge at the age of 26 years old in 1669.

16. It is believed that he spent the majority of his life studying alchemy privately in pursuit of the philosopher’s stone.

17. Not all geniuses are great teachers as it was often recorded that his classes were usually boring and students hardly turned up for his lectures.

18. It is believed that he once tried analyzing the Holy Bible in an attempt to get a glimpse of how the universe operated.

19. Also, he was of the opinion that Jesus the Son of God wasn’t divine.

20. Newton didn’t have it easy through his schooling days as he had to sponsor himself through college by doing some odd jobs.

21. It is believed that Newton once carved a special name for himself: “Jehovah Sanctus Unus”.

22. He wasn’t a great fan of his stepfather after he was sent to live with his grandparents at an early age rather than staying with them.

23. His great works on astronomy, mathematics, physics, and natural philosophy cemented his place in history as one of the most intellectual minds to have graced the earth.

24. Following his death in 1727, it is believed that he left a jaw-dropping 50 million notes and manuscripts.

25. He was once accused of plagiarism by his fellow scientist named Robert Hooke.

27. He was also known for paying keen attention to detail having personally brought criminals to justice while he was working at the master of the Royal Mint.

28. He was famously buried in the same place alongside brilliant minds such as Charles Darwin at the West Minister Abbey.

29. Newton is hugely credited for discovering the following; i) three laws of motion, ii) universal gravitation, iii) shape of the Earth, iv) optics, v) empirical law of cooling, and vi) the notion of a Newtonian fluid.

30. He was a great fan of mechanics and technology but hated both poetry and literature with passion.

31. His great work on Calculus was believed to be inspired by a well-renowned professor of mathematics in Cambridge called Isaac Barrow.

32. Newton doesn’t take criticism with a pinch of salt and is known to go to war with any of his detractors.

33. It is believed that he was practically drawn to power and reputation.

34. Sir Isaac Newton holds the record for the most expensive tooth in the world after his tooth was sold on Auction in 1816 for about $3,600.

35. One of his major quotes goes thus:  “No great discovery was ever made without a bold guess.”

36. Autopsy reports suggest he might have died from mercury poisoning after some traces of the substance were found on his hair.

38. Interestingly, some of his works weren’t published by his family until the 1960s amid fears of altering his reputation amongst the public.

39. He never had a life outside science as he never got married nor have any offspring.

40. It is believed that he suffered from Asperger’s syndrome.

41. He was often fascinated by dark studies having written on subjects such as the temple of Solomon, prophecies, and Atlantis.

42. Interestingly, he was given birth on Christmas Day but his birthday is now celebrated on the 4th of January due to the adoption of the Gregorian Calendar in England.

44. It is believed that he once lost about 20 years of research to fire in one of his laboratories.

45. In other to get a firsthand experience on optics and the properties of light, he surprisingly put a needle with a blunt end in between his eyes and his skull bone.

46. Quite interesting to know that the apple tree that inspired his law on gravitational force is still much alive and it is believed to be about 350 years old.

47. He is often considered as a character in Marvel’s main universe having possessed the superpowers of extraordinary intelligence, flight, energy manipulation, and even summoning mystical creatures.

48. Newton holds the record for the most influential book on Physics titled “Philosophiae Naturalis Principia Mathematica”.

50. In an attempt to honor his father, he shared the same initials just like his father who was also named Isaac Newton.

51. Funny but true, while trying to look at the sun via a mirror, Newton reportedly couldn’t see for three days.

52. Strangely, he worked more on religious subjects than natural sciences.

53. A French writer named Voltaire was the first to record his work on the theory of gravitation.

54. Interestingly, the first flight to the moon won’t have been possible without Newton’s remarkable discovery about the speed of light.

55. One of his unique discoveries includes the speed of sound and empirical laws of cooling.

56. Newton played a pivotal role in saving Britain from the financial crisis in the early 17th century.

58. The Chronology of the Ancient Kingdom that was written by Sir Isaac Newton was posthumously published in 1728.

59. His most influential book was reportedly published in 1687.

60. Unfortunately, the great scientist passed away on the 31st of March 1727, in London, England.