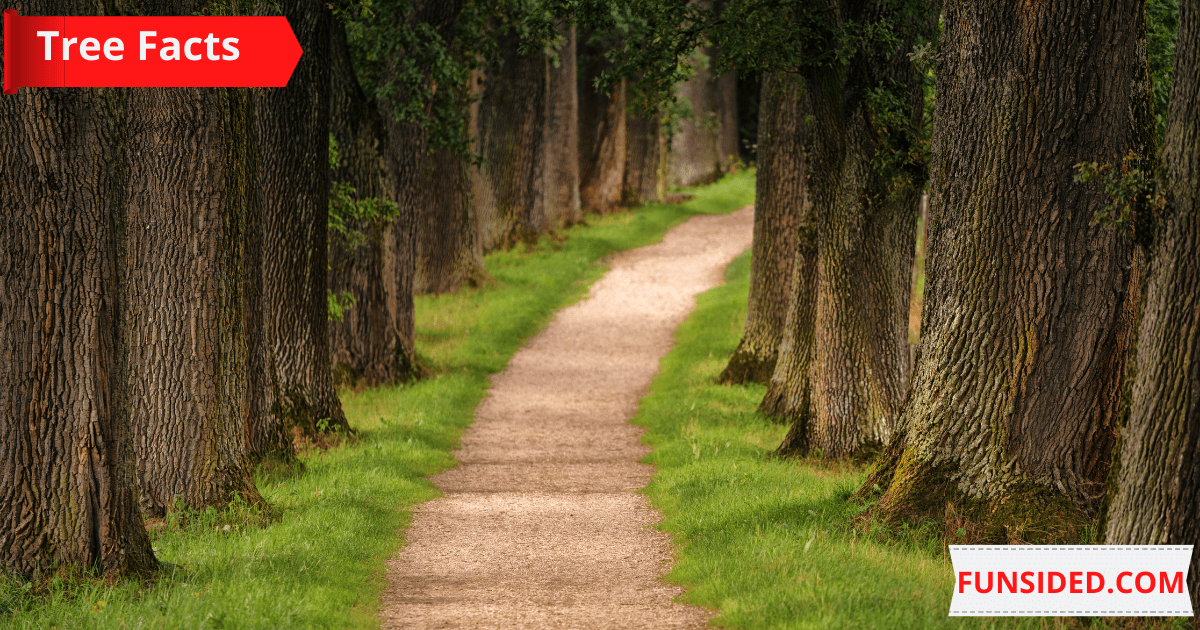 Do you know that It would interest you to know that a tree can drink up to 2,000 liters of water per year? Trees’ importance can’t be overemphasized in our world, they help us absorb carbon dioxide and release oxygen into the air, provide food, building materials for our houses, prevent erosion, and also add beauty to the earth. However, in this article, we will be exploring in detail the invaluable and unusual tree facts that will blow your mind:

1. no organism on earth lives longer than a Tree.

2. Trees usually help us improve our water quality by slowing down rainfall and filtering it.

3. During the summer, the shade tree can help you cool down the temperature of your house or office up to 20°C.

4. The biggest tree in the world can be found in California’s Redwood forest which is known as the Giant Sequoia. It is believed to be 30 stories tall and 82metres in circumference.

5. According to some primitive school of thought, it is believed that spirits do live in trees.

6. Trees can surprisingly protect themselves from insect or pest raids by producing enough tannin to make their leaves harder to ingest and also communicating with other trees.

8. Staying or being around trees can help our mental health. When we inhale them it helps reduce blood pressure and lower anxiety levels.

9. Trees often help reduce the effects of climate change by absorbing carbon dioxide and releasing oxygen into the atmosphere.

10. Despite having over 60,000 species of trees all over the world, only Brazil, Colombia, and Indonesia have the highest percentage of native trees in the world.

11. Parts of a tree grow differently at different times throughout the year.

12. An estimated 8% of hospitals patients with a view of fresh green trees tend to spend fewer days in the hospital.

13. It is believed that children that are given birth in areas with a higher number of trees are less likely to be born underweight.

14. Approximately 16 billion trees are lost to deforestation, land use, and forest management.

15. The only tree that can grow in cement is often called the “Tree of Heaven” or Ailanthus Altissimo.

16. The average life expectancy of a tree in the city is approximately eight years.

18. Most Trees look friendly, but it would intrigue you to know that the most poisonous tree in the world, the Manchineel tree, can kill humans when its fruit is consumed.

19. World famous Aspirin is made from the bark of a willow tree.

20. Asthma can be reduced in kids when they stay in areas with more presence of trees.

21. Antarctica is the only continent in the world where you can’t find Pine trees.

22. The legend of Christmas Trees started back in the 18th century during the early renaissance of the Germans.

24. Produce from trees gives us a lot of edibles varying from chocolates, walnuts, hazels, pine nuts, and Pistachios.

25. People who reside in areas with a higher percentage of trees are less to likely die from pulmonary or cardiovascular diseases.

26. Having a huge presence of tress in houses enhances the resale value by a whooping 18-25%.

27. Planting of trees in highly populated areas reduces the chances of ultraviolet exposure by 50%.

28. Cottonwood seeds can surprisingly stay airborne for days than any other type of seed in the world.

29. The Eucalyptus Tree in Hawaii are usually with natural rainbow-colored barks.

30. Ebony is the blackest wood in the World. It’s a high-quality hardwood, very strong and hard.

31. The tree that generates the most heat when combusted by fire is called the Osage Tree.

32. The olive trees are one of a kind because they are impervious to fire, diseases, and droughts.

33. To find out how old a tree is, all you need to do is to count the growth rings in its trunk. Read more

34. The roots of a tree are essential because they sustain the tree by providing water and nutrients.

35. On average, over 99% of the mature trees in the world are astonishingly dead.

36. It might sound strange, but the Sandbox tree bears fruits that usually explode when ripe and travel at an unbelievable speed of 70meters per second.

37. The China government in 1981, made a decree into law that every citizen above 11 years old must plant three to five trees per year.

38. A tree named Pando is believed to be the oldest living organism in the world with an estimated age of over 80,000 years old.

39. The oak tree is most likely to be struck by lightning more than others.

40. On average, a tree produces enough oxygen in one year to shockingly keep a family of four alive.

41. Research suggests that some big trees often share nutrients with smaller trees and they repay them once they are matured.

42. To avoid been damaged, the whereabouts of the oldest and tallest tree in the world is left unknown.

43. A full-grown oak tree is believed to be housing over 500 species of living organisms.

44. Planting twenty million trees across the globe will generate 260 million tons of oxygen.

46. Unlike the Redwood tree, the branches of Oaktree can spread over in length.

47. When a tree surpasses over a thousand years, its growth slows down and some part of its body dies.

48. Are you a fan of Truffles? Well, you have the Oak Tree to thank for that.

49. Oak Tree appeared on earth about 65 million years ago.

50. An Oak Tree produces about 10 million acorns during its lifetime. Each acorn contains only one seed enclosed in a tough shell. They are a source of food for many birds such as woodpeckers, ducks, and pigeons.

51. Acorns are termed deadly for dogs and horses due to the Gannic and tannic acids it contains which are unhealthy for both animals.

52. There are over 600 species of the Oak Tree with Mexico having the highest number in North America with over 109 endemic Species.

53. The largest living Oak Tree can be found in Mandeville, Louisiana. It is believed to be around 1,500 years old which makes it one of the oldest trees in the world.

54. Unfortunately, Oak Trees are decreasing in population especially in Mexico where farmers are clearing up oak trees for grazing lands for their cattle and plantations.

55. Vikings use oak trees to construct their ships and boats.

56. Looks strange, but some cultures worship Oak trees mainly in Europe with many likened them to mythological gods such as Zeus and Jupiter.

57. The size of the smallest tree in the world is 5cm which is known as the Dwarf Willow and only grows in the arctic region.

58. The largest leaves on a tree are found on the African Rafia Palm with about 24cm in size.

59. The depth of the root of the Himalayan Wild Fig Tree is about 400 feet.