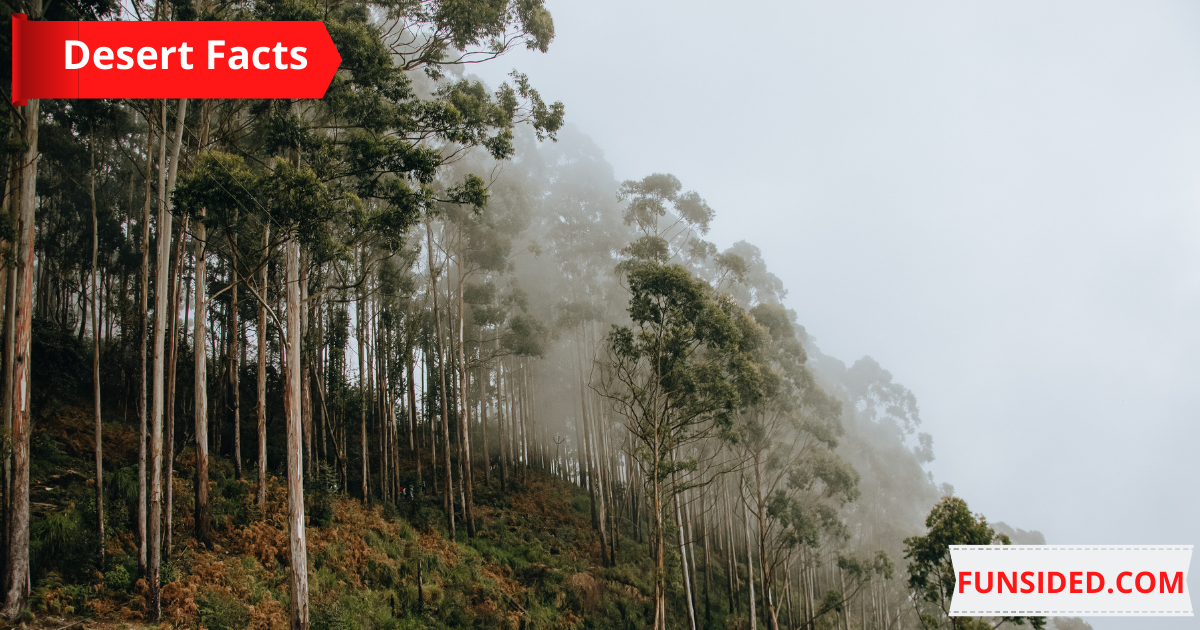 Do you know that Just like humans, some species of baboons in the Nigerian rainforest make use of birth control fruits? Forests are the heartbeat of our lands, purifying our environment and providing and creating jobs for millions of people across the globe. In this article, we will be exploring some real and uncommon  Forest facts.

1. Chimpanzee’s farts are so loud that scientists locate them in the forests via their farts.

2. The Pando tree is often considered a forest due to its clonal colony of over 4700 aspens ( a tall tree with leaves that moves a lot in the wind) that all share the same root system.

3. Common earthworms are invasive in nature and are surprisingly detrimental to the forests in North America.

4. The underwater forest discovered by Hurricane Katrina off the Alabama coast is believed to be around 50,000 years old.

5. The largest living organism on the planet is believed to be the 2,400-year-old giant “Honey Mushroom” found in Oregon.

6. The Hang Son Doong is the largest cave in the world and it surprisingly houses a rain forest in its largest chamber. Strangely, it wasn’t discovered until 1991 and fully explored until 2009.

7. Research suggests that over 80% of the Earth’s natural forests have already been destroyed.

8. Just like the name conote “Monkey Orchid”, they usually have a Monkey’s face and they are found in the cloud forest of Peru and Ecuador.

9. London has an extraordinary number of trees such that it can be considered a Forest.

10. Northern Iran is believed to be housing one of the most gigantic rain forest in the world.

11. The Rainforest Trust has protected a jaw-dropping 11,500,000 acres of forest since its existence.

12. Over 100,000 artificial trees are believed to be in place for the next 10-20 years in an attempt to reduce carbon emissions globally.

13. Due to the continuous spread of the Gobi desert in northern China and Southern Mongolia, China has planted the biggest artificial forest in the world in other to curb the growth of the desert.

14. Technology has its ups and downs but it would intrigue you to know that a 3D mapping in 2011, revealed a Guatemalan rain forest under the Ancient Maya city.

15. Sounds strange but there was a particular time when Forests didn’t decompose simply because no living thing had evolved to eat trees yet.

16. Following an earthquake in 1911, an underwater forest Lake Kaindy, Kazakhstan was created.

17. Love makes us do the unimaginable things for the ones we love, a certain man once planted 7,000 trees in a bid to create a guitar-shaped forest as a tribute to his late wife.

18. The Alaska rainforest is the largest in the US.

19. The Amazon Forest is believed to be the house of the loneliest man in the world.

20. In 1947, the Zika Virus was first discovered in the Zika Forest in Uganda but wasn’t that pronounced as a major health concern until 2007.

21. To germinate their seeds, the Redwood trees need the support of forest fires.

22. The Bamboo Blossom occurs only once in a Blue moon which is once every 120 years. When it happens, the entire Bamboo forest in turn dies.

23. It would surprise you to know that the oldest living organism in the world looks exactly like a forest and it’s around 80,000 years old.

24. Very rare creature to find in the wild but the Okapi is often short-necked and can be found in the Rainforest.

25. Just like humans, some species of baboons in the Nigerian rainforest make use of birth control fruits. The African Black Plum is often used to halt their reproductive cycles.

26. Strange but true, the Aokigahara forest in Japan since the 1960s is often considered the “Forest of Suicide” because hundreds of people go there to commit suicide.

27. The Bhimashankar Wildlife Reserve in India amazingly glows in the dark during the day.

28. A very tiny set of wallabies species are believed to be living in the French Forest.

29. The Amazon rain forest gets its fertilizer from the Sahara Desert with phosphorus via ancient lake beds.

30. Forests are believed to cover over 30% of the earth’s lands.

31. Agriculture is one of the major causes of Deforestation.

32. On average, an estimated one and a half acres are been cut down per second.

33. Over 121 natural remedies can be found in the rainforest of which can be used as medicines in the health sector.

34. The Amazon contributes over 20% of the world’s oxygen.

35. An estimated half of the world’s tropical forest has been cleared.

36. A whopping 4,500 acres of forests are been cleared by Bulldozers, Machetes, and forest fires every hour.

37. A staggering 1.6 Billion people on earth depend on forest products for their livelihood.

38. Despite not having up to 5% population of the world but still consumes up to 30% of the world’s paper.

39. Deforestation is more prominent in Tropical forests and it’s believed to house over 210 gigatons of carbon.

40. The tropical rainforest houses over 6-7% of the earth’s plant and animal species in the world.

41. The world’s forests are believed to be responsible for storing over 283 billion tons of carbon domiciled in the Biomass.

42. Over 700 pounds of paper is been used every year by an average American citizen.

43. About 11% of the carbon dioxide emissions that cause global warming is caused by the burning of forest trees.

44. Forests surprisingly contribute to a mouthwatering 1% of the world’s Gross Domestic Product which is around $200 billion annually.

45. According to various research, over 31% of the world’s emerging diseases are as a result of deforestation.

46. Due to the excessive clearing of the rainforest, over 50,000 species of plants and animals are expected to be lost annually.

47. About 380 million years ago, the first species of plant grew tall enough to create a canopy.

50. The Amazon Rainforest has an estimated five million square kilometers spanning across 9 nations in South America and it’s believed that it dated back to 55 million years.

51. The Amazon Rain forest houses over 40% of harmless plants.

53. Over 50% of all the Forest areas in the world are believed to be in just five countries.

54. There are mainly four types of forests namely, Boreal, Temperate, Subtropical, and tropical.

55. The Boreal forest is usually found in the US, Canada, and Russia.

56. Besides Europe and Antarctica, tropical forests can be found on every continent.

57. Meanwhile, the subtropical forest can be found on every continent barring Europe and Antarctica.

58. According to research, the subtropical forest makes up 11% of the earth’s forest area.

59. Canada surprisingly had over 8.5% of the earth’s forest area in 2020 with approximately 857 million acres.

60. The Boreal Forests are believed to be found in the Subarctic Zone.

Do you find these forest facts interesting? Leave a comment below and share if you like the content. Do you know that during the summer in the Arctic desert, the sun doesn’t set for a mind-boggling 8 weeks? Click here to discover more interesting desert facts.