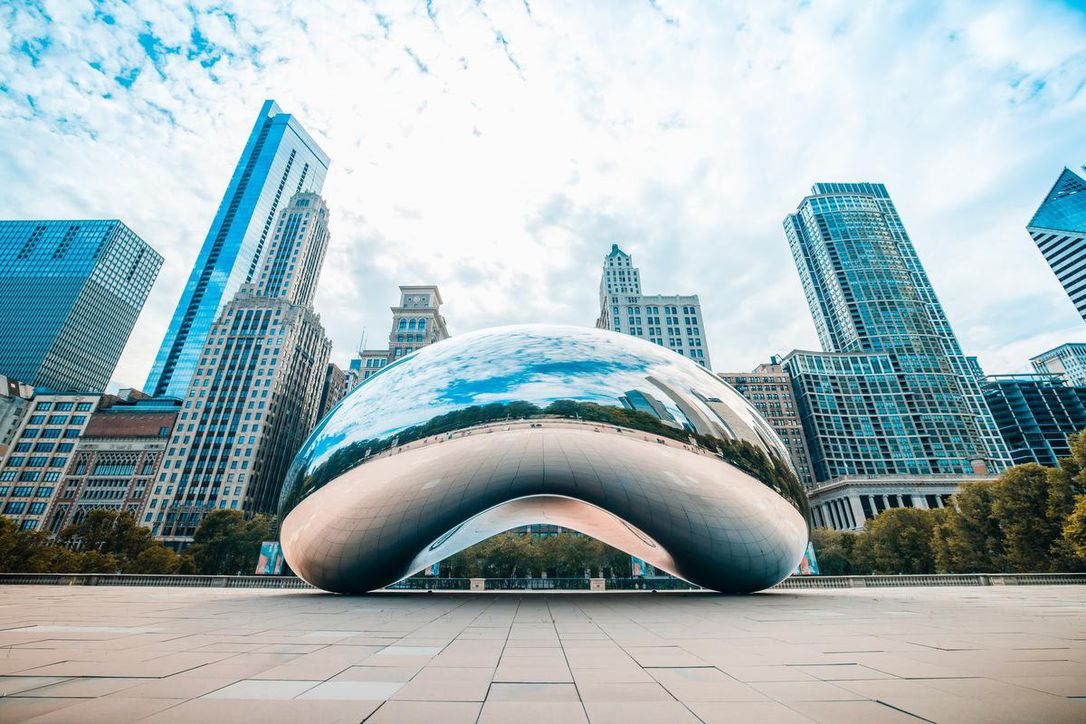 Fascinating and Fun Facts About Chicago

Officially known as The City of Chicago, Chicago is the most populous city in Illinois and the third most populated in the United States. Chicago is known to have a diversified economy and is one of the major financial and business centers in the United States and the whole world. Do you know that the Chicago River is the only river on planet earth that has the ability to flow backward? Read further to uncover more interesting and fascinating facts about this beautiful city in Illinois.

1. Some of the impacts of Chicago on the world is that it was where spray paint was invented in 1949.

2. Outside the Louvre which is located in Paris, The Art Institute of Chicago holds the largest collection of Impressionist paintings.

3. The Chicago River is the only river on planet earth that has the ability to flow backward.

4. In 1937, the first blood bank in the United States of America was created in Chicago.

5. After Las Vegas and Orlando, Chicago hosts the largest number of conventions in the United States.

6. According to Airports Council International, the O’Hare International Airport is among the world’s top six busiest airports.

7. Chicago has the largest number of federal highways in the United States and is the nation’s railroad hub.

8. Generating about $689 billion in 2018, Chicago has one of the highest gross domestic products (GDP) in the world.

9. The economy of Chicago is not monopolized and each industry in the city has no more than 14% of the workforce.

10. Chicago is home to a lot of local and international companies and including Motorola Solutions, Boeing, Exelon, United Airlines Holdings, US Foods, and other numerous companies.

11. In 2021, after Prague, Chicago was rated the second-most beautiful city in the world.

12. A lot of tourists visit Chicago because of how attractive the city is. The city set a tourist record of 58 million tourist visitors in 2018.

13. According to the Time Out City Life Index in 2018, Chicago was ranked first in the global urban quality of life survey.

14. Because of the high level of diversification in the city’s economy, Chicago was named the city with the most balanced economy in the United States.

15. With an estimated $670.5 billion in September 2017, Chicago has the third-largest gross metropolitan product in the United States.

17. The metropolitan area of Chicago contains the third-largest labor pool in the United States with an estimated number of 4.63 million workers.

18. Chicago is also one of the most influential cities in the USA in terms of education, as the Chicago school of economics has fielded about 12 Nobel Prize winners.

19. The McCormick Place which is located in Chicago is the largest convention center in the US and the third-largest in the world.

20. The governing body of the over 600 public elementary and high schools citywide, including several selective-admission magnet schools in Chicago is Chicago Public Schools (CPS).

21. The Lane Technical College Prep High School, is the magnet school with the highest enrollment in Chicago.

22. After Hong Kong and Singapore, Chicago is the largest intermodal port in the world, making the city a major component in global distribution.

23. There are a lot of people without a car in Chicago as the city has a higher than average percentage of households without a car.

24. The busiest state-maintained routes in the entire state of Illinois is in Chicago and this includes The Kennedy and Dan Ryan Expressways.

25. In 1868, the first vacuum cleaner in the world was invented in the city of Chicago.

26. The third-busiest passenger rail terminal in the United States is the Chicago Union Station which was opened in 1925.

27. The world’s third-largest airline, United Airlines, has its headquarters in the city of Chicago.

29. The Taste of Chicago, which is the largest free outdoor festival in the world, is held in the city.

30. Chicago is also a hub of entertainment as the city is seen as the home of soap operas.

Do you know that there was an island in New York city that disappeared?  Keep reading to discover more Interesting and Fun New York City Facts

31. Chicago has one of the highest minimum wages for non-tipped workers in the United States.

32. The Chicago Public Library is said to have been established directly from the ashes of the Great Chicago Fire which happened in 1871.

33. In line with entertainment, Chicago is the home to the first Playboy Mansion.

34. The Shedd Aquarium is in Chicago, and it is home to the oldest aquatic animal in a public aquarium in the world named Granddad.

35. Chicago contributed to fashion too as the zipper was invented in Chicago in 1851.

36. The world-famous Ebony magazine started its publication in Chicago in 1945.

37. Because of its population, Chicago is one of the 40 largest urban areas in the world.

38. Chicago is home to Chicago Cook County, which is the second-most populous county in the United States.

39. Chicago is known for many famous inventions, and the Ferris wheel was invented in the city in 1893.

40. A Chicago resident named Jane Addams was the first American woman to win the Nobel Peace Prize in 1931.

41. The popular movie I-robot and the Batman Gotham City was largely based in Chicago.

42. The first black president of the United States, Barack Obama, has his home in Chicago.

43. Chicago has also contributed in terms of culinary, as the deep-dish pizza was invented there.

44. The first debut of all-color television in the world made its debut in Chicago.

45. There is never a dull moment in Chicago in terms of relaxation and picnic as it is home to 552 parks.

46. The creator of the world-famous Disneyland, Walt Disney was born in Chicago.

48. The first skyscraper, Home Insurance Building, which was originally nine stories tall was built in Chicago.

49. For tourists that need relaxing beaches, the city of Chicago has about 15 miles of bathing beaches.

50. About 11 Fortune 500 companies are located in the city of Chicago.

51. It was during the 1893 Chicago fair that the Cracker Jacks were introduced in the US.

52. The first permanent settlement in Chicago was built in 1779, by Jean Baptiste Point du Sable, a Haitian immigrant.

53. The first automobile race ever seen in the United States was held in Chicago, in 1895.

54. The first Rotary Club that was established in the United States was in Chicago.

55. The four stars on the Chicago flag represent the World’s Columbian Exposition, the Chicago fire, Fort Dearborn, and the Century of Progress Exposition.

56. The first air-conditioned office building in the world was The Wrigley Building in Chicago.

57. It was in Chicago that the first open-heart surgery in the United States was performed in 1893.

59. In terms of sports, Chicago contributed to sports too, as the first form of softball was invented in the city.

60. It was in the Chicago suburb of Des Plaines in 1955 that the first McDonald’s franchise restaurant, owned by Ray Kroc, opened.

61. The longest MLB game to ever be played was in Chicago, where the Chicago White Sox defeated the Milwaukee Brewers in 1984.

Hope you enjoyed these Interesting facts about Chicago, leave a comment and share with friends and family. Do you know that the shortest flight in the world takes just 57 seconds to be completed?  Check out more 61 Surprising and Extraordinary World Facts.