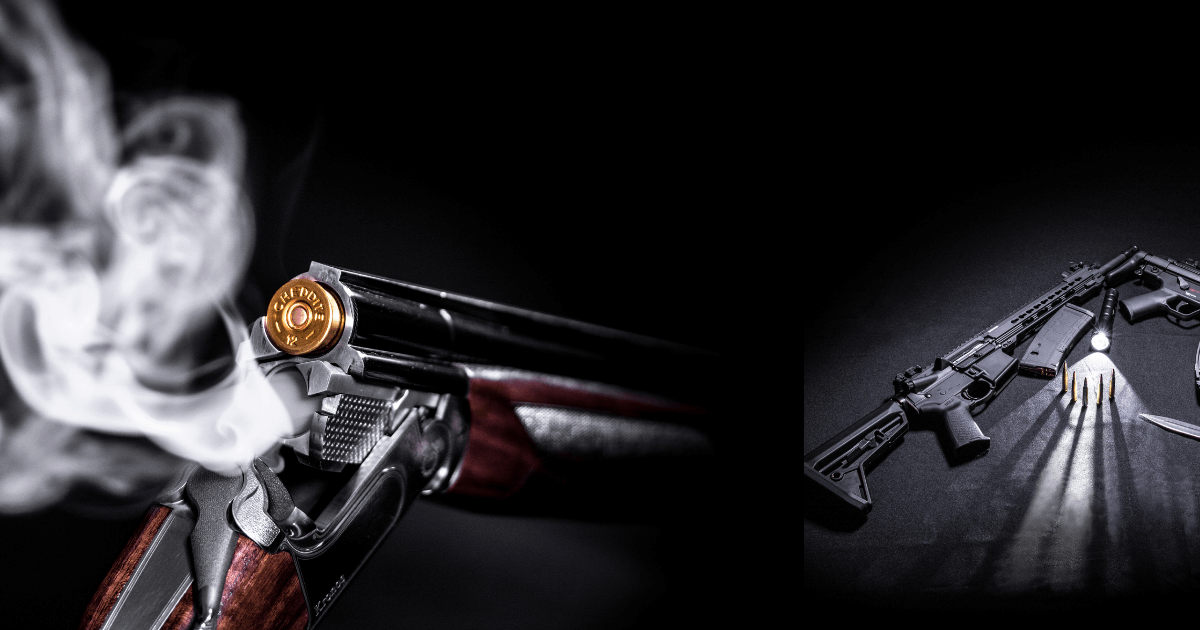 While guns can inflict injury or kill, they also it positive sides such as hunting, recreation, competition, collecting, and predator control. Do you that the first assault rifle in the world was introduced during World War II by the Germans, known as the StG44? We will be uncovering some fascinating facts about guns in this article.

1. Stats show that Americans purchased more than 17 million guns in the spring and summer of 2020.

2. More than 80% of guns used by youth in suicide attempts were kept in the home of the victim, a relative, or a friend.

3. The United States is the leading gun ownership country with 45% of the guns in the world.

5. According to Vox, there are more guns in America than there are people.

6. Adolescents in Vermont as old as 16 can legally possess a gun without their parent’s consent.

7. More than 40% of the American population believe that they will buy their gun themselves.

8. According to gun control facts and statistics, domestic violence is the main cause of shooting among adolescents.

9. Nearly $8.5 Billion is spent on hunting and sporting shooting in Canada each year.

10. Remington Arms founded in 1816 is the oldest gun manufacturer in the United States.

11. Americans are divided over whether restricting legal gun ownership would lead to fewer mass shootings

12. The same with gun laws in Canada, there’s a city in Canada that mandates every household to own a gun.

13. Early guns and the men who used them were often associated with the devil and the gunner’s craft was considered a black art.

16. One of the saddest US gun facts is the largest mass shooting that took the lives of 58 persons in the US.

19. In the US, Delaware has the lowest percentage of gun ownership because of its strict gun laws.

20. It was the federal firearms act of 1938 that made sellers require a license to sell.

21. Autocannons are automatic guns designed primarily to fire shells and are mounted on a vehicle.

22. Around half of Americans (48%) see gun violence as a major problem in the country today.

23. In America, there are more than 2,000 gun shows annually according to the ATF estimates.

24. Research shows that men are more likely to own a gun than females.

25. The estimated total number of guns, both licensed and non-licensed, held by civilians in the United Kingdom is 3.3 million.

26. It is illegal to carry firearms near a school because of the gun-free school zones act.

27. The first assault rifle in the world was introduced during World War II by the Germans, known as the StG44.

28. In 4 out of 5 school shootings, at least one other person knew the attacker’s plan but failed to report it.

29. States that have stiff neck gun regulations have recorded less death due to shootings.

30. President George Washington’s pistol is worth more than $1.9 million after its auction.

31. More than $1 million is invested each day by Canadian gun owners for guns, ammo, and shooting gear.

32. It is estimated that up to 215,000 children in the United States have witnessed the mass shooting.

33. In civilian use, the captive bolt pistol is used in agriculture to humanely stun farm animals for slaughter.

34. A study found that 77% of active shooters spent a week or longer planning their attack before action.

35. An interesting ww1 gun fact is the heaviest shell used during the war weighed around 3,130 Lbs.

36. More than 39% of parents in the US think that their kids don’t know where they keep the household gun.

37. The longest-range gun used in World War 1 was the Paris German gun.

38. Over 20 Million guns are owned by individuals for protection, hunting, recreation, competition, collecting, predator control, and other uses in Canada.

39. A study shows that more than 19 young people are killed in the US with guns every week.

40. Some states in the US allow their students to carry concealed guns because of mass shootings.

42. The ownership of a gun has tripled the rate of suicides that are committed.

43. Firearm deaths occur at a rate more than 3 times higher than drownings.

44. The first firearms to reach the new world arrived in the year 1492.

45. In Canada, 10 years is the potential years in jail for not renewing your gun license on time.

46. The FBI has all the guns that have ever been manufactured in its archive for easy solving of cases.

47. The filmmakers of the movie “Lord of War” didn’t make use of the prop gun rather they used real AK-47s.

48. Every day, not less than 12 children are injured with a gun and 7 killed.

49. Russian astronauts are said to take guns to space to protect themselves against bears in case they land off course.

50. The first successful rapid-fire firearm is the Gatling Gun,

51. Mossberg, a shirt gun manufacturer, has produced a line of guns that can be used to kill zombies.

52. In 1938, an invention was made known as the revolver camera that took a picture just as the trigger was pulled.

53. The revolver was first invented by a 16 years old boy known as Samuel Colt.

54. The largest gun ever built which weighs more than 1300 tons was built by the Nazis.

55. President Garfield’s assassin bought a gun that he thought would look good in a museum.

56. Due to the 10% tax on guns in the US, gun owners have generated $2 billion for wide life conservation.

57. More than 80% who engage in mass shootings, shoot with legally owned guns.

58. The Second Amendment to the U.S. Constitution gives Americans the right to bear arms

60. The world’s first submachine gun able to be maneuvered by a single soldier, MP 18.1, was invented by Theodor Bergmann.

61. The regulation of guns in the United Kingdom is categorized as restrictive.

Do you know that The human brain can produce thoughts for about 15-20 seconds after the head has been decapitated from the body? Check out more 31 Unusual and mind-blowing Facts About Death.