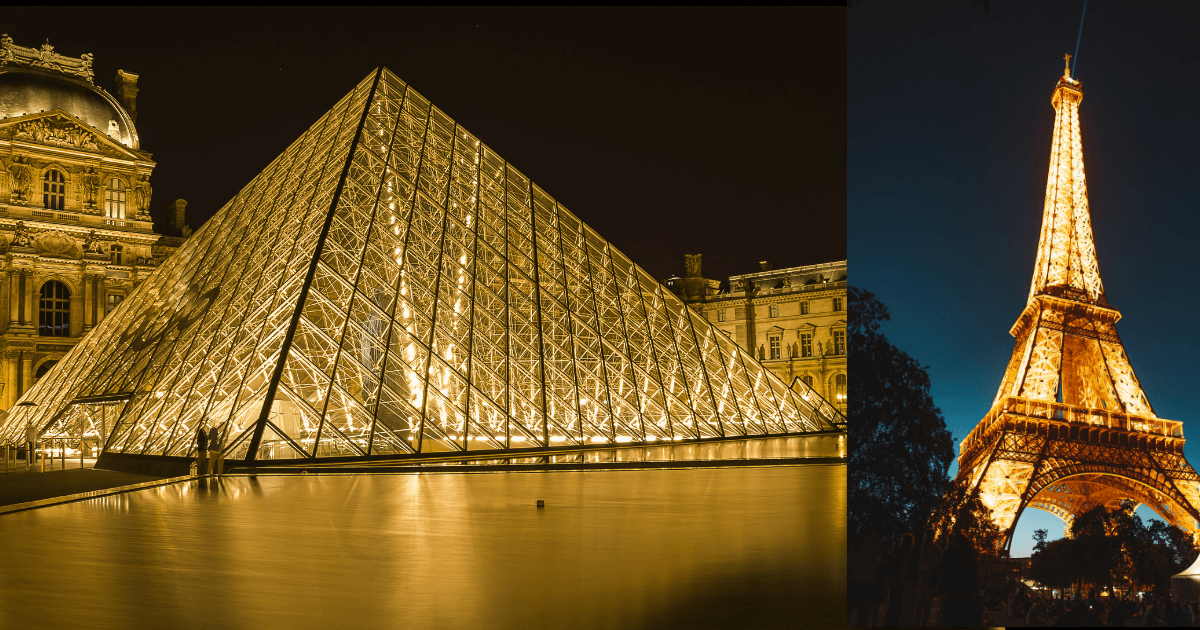 Fascinating Facts about France and Paris

France is a leader among European nations and Paris, one of the most beautiful cities in the world as it is often called the “City of Light”. Do you know that the number of dogs in Paris is higher than the number of children? Grab a cup of coffee and relax as we will be uncovering some fun and interesting facts about France and beautiful Paris. You are going to discover and know more about Paris even if you have not been to Paris after this article.

1. Interestingly, there is a designated person in charge of counting trees in Paris.

2. Becoming a Taxi driver in Paris isn’t all that rosy as Drivers will have to pay a staggering €200,000 to get a taxi license.

3. The oldest bridge in Paris is called the “Pont Neuf” and it has been in existence since 1604.

4. Strangely, the city of Paris was named “Lutetia” by the Roman Empire in 300BC.

5. The statue of Liberty isn’t only found in New York as you can also find five of the iconic statue in Paris.

6. Quite fascinating to know that Paris is ten times older than some countries.

7. Paris is often described as the home of style and fashion with top fashion brands such as Chanel, Louis Vuitton, Dior, Lacroix, Lancôme, Givenchy, and Christian Louboutin all emerging from the City of Lights.

8. It is believed that Paris is one of the few cities in the world to install street lights.

9. Interestingly, camouflage clothing in the military was first adopted by the French.

11. Quite interesting to know that it would take you about 135 minutes to walk from the Northside of Paris to the South.

12. Though it might sound ancient but, French Army still use carrier pigeons to pass out invaluable information in emergency cases.

13. Paris is such a beautiful city with over 450 parks and gardens around the city.

14. Paris is the home to many dogs as you can find more dogs than Children in Paris.

15. The Eiffel Tower stands in the heart of Paris which is the Champs de Mars.

16. It is believed that over 25,000 people per day go up to the Eiffel Tower to have the best view of Paris.

17. The world’s largest art gallery and museum which is known as the “Louvre” is located at the center of Paris.

18. Shooting a movie or a commercial advertisement in the streets of Paris is completely free.

19. Quite interesting to know that the most visited side attraction in Paris isn’t the Eiffel Tower but the “Notre Dame Cathedral” which averages a visit of about 13 million per year.

20. Prior to 2013, it was illegal for women to wear trousers in France without getting approval from the Police.

22. Astonishingly, the shortest street in Paris is about 5.75 meters in terms of distance.

23. With over 2.2 million people in Paris, it is the most populous city in France.

24. The name Paris was coined from the first inhabitant of the “Gallic Parisii” who lived between the Iron Age and the middle of the third century.

25. It would intrigue you to know that about 20% of the people in Paris come from outside the city.

26. The most famous street in Paris is called the “Champs-Élysées”.

27. On average, about 30 million people visit the city of Paris per year.

29. Statistics suggest that the average age of an individual living in Paris is around 42.3 years.

30. Paris is a very common name across the globe with over 46 cities named after it.

31. The second oldest University in Europe is the University of Paris and it was founded in 1150.

32. Paris was home to many famous artists such as Pablo Picasso, Henri Matisse, Salvador Dali, and Ernest Hemmingway.

33. Though it might sound a bit strange Potatoes were known to be illegal in Paris for 42 years.

34. Reaching the peak of the Eiffel Tower in Paris without using the elevator will require about 1,665 steps.

35. It takes about 16 tons of paint to repaint the Eiffel Tower.

36. The Pont Neuf is often considered a national heritage site by the French Ministry of culture.

37. Quite interesting to know that the Louvre was formerly a fortress.

38. The oldest tree in Paris is believed to be around 400 years old and it’s known as the Locust Tree.

39. It would interest you to know that the first-ever public cinema screening reportedly occurred in Paris in 1895.

40. Playing Piano by any individual is allowed in most train stations in Paris.

41. In Paris, there is an exact size and consistency a loaf of bread must maintain.

42. The amount of art on display at the Louvre is so much it will take you a total of 35 days to have a 30 seconds look at each artwork.

43. It would intrigue you to know that the oldest Coffee shop in the world is located in Paris and it was founded in the late 16th century.

45. Research suggests that over 170 museums can be found in Paris.

46. It is believed that the majority of the people living in Paris are of the Catholic faith.

47. Food and wine are one of the most important things on the menu of Parisians when having a party.

48. The city of Paris is often considered as a home of top-class music in the world having boasted of the best orchestras, operas, and ballets.

49. Saying Hello and Goodbye in Paris is believed to be customary.

51. The River Seine in Paris is often considered as not being good enough to swim in it because it’s too polluted.

52. The largest market in Europe can be found in Paris which is known as the “Rungis International Market”.

53. Quite strange but it is believed that the people of Paris actually felt the Eiffel wasn’t considered beautiful enough when it was first erected.

54. It is believed that many tourists experience the Paris Syndrome which simply means the city didn’t quite live up to their expectations.

55. Distributing images of the Eiffel Tower at night is highly prohibited.

56. Statistics suggest that Disneyland in Paris is the second most visited side attraction in Paris.

57. Quite interesting to know that the Eiffel tower was almost destroyed during the second world war.

58. The Mona Lisa at the Louvre museum in Paris is the most viewed artwork in the world.

59. Over a million remains of humans can be found beneath the street of Paris.

60. Living in Paris isn’t cheap as it is known as one of the City’s whose cost of living is on the high side.

61. It is believed that Paris might be the home of some unknown hidden secrets in the world.

Do you know that the shortest flight in the world takes just 57 seconds to be completed?  Check out more 61 Surprising and Extraordinary World Facts.