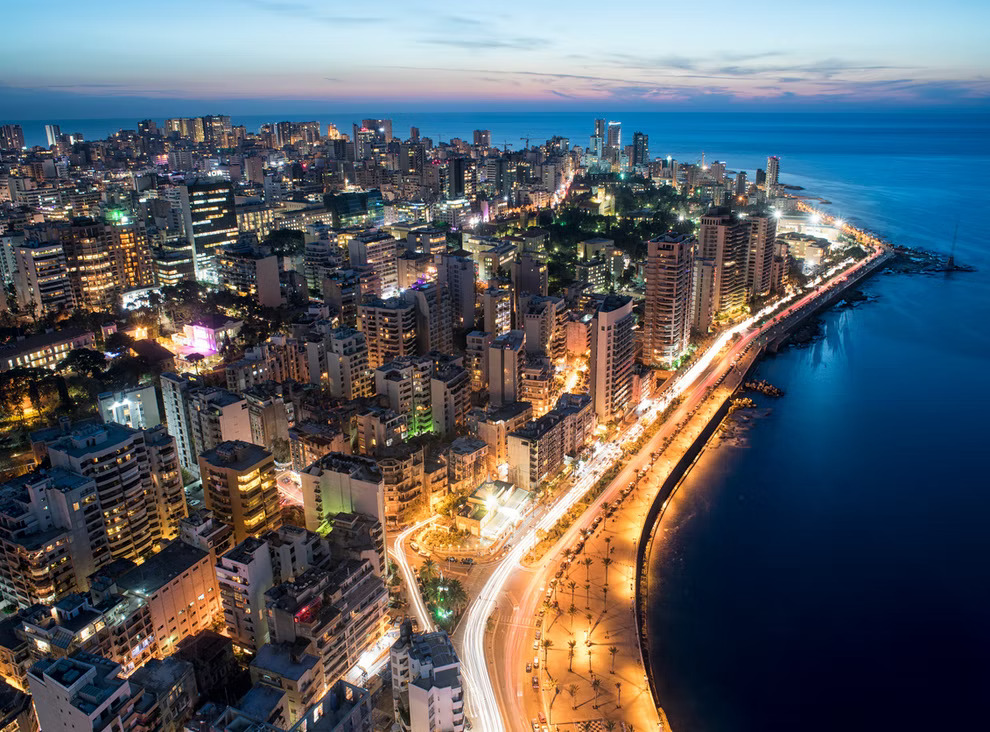 Beirut is the capital city of Lebanon. One of the oldest cities in the world, Beirut has been in existence since the Biblical times of the Roman Empire. It has a long, sad history of civilization, turmoil, war, natural disasters, and devastating attacks due to the ongoing conflict and disputes in the Middle East.
Did you know that over the years, the city of Beirut has been rebuilt from ashes seven times? You probably did not know this. But there is a truckload of fascinating facts to find out about Lebanon’s capital! Read on and make sure to grab these notable facts.

2. There is an underground ‘water table’ in Beirut from which the city is thought to take its name.

4. The English name “Beirut” is an early transcription of the Arabic name ‘Bayrūt’, also known as ‘Beyrouth’ by the French and ‘Berytus’ under the Roman Empire.

5. Beirut’s metropolitan area has an approximate population of 2.2 million residents, while the city has a population of more than 361,000.

6. Ancient Beirut’s existence has been found to date back as far as the 14th century BC, which was the period of the reign of ‘Herod the Great.

8. The American University of Beirut is the oldest university in Lebanon, founded in 1866.

9. As a major financial hub, Beirut has been likened to a ‘Switzerland’ of the Middle East.

10. By the 20th century, Beirut was considered the leader of Arabic journalism.

11. During the 1960s, Beirut, was also known as the “Paris of the East” due to its image as a major destination for the world’s most affluent tourists.

12. Beirut is Lebanon’s seat of power, possesses the most important port in the country, and is in fact, the heart of Lebanon.

13. It is unusual to find a pub and club scene in an Arabic city, but Beirut has been called the “party capital of the Arab world”.

14. Beirut Souks is an enormous, diverse shopping market that dates back 5000 years, and now houses literally every luxury brand in the world.

15. Beirut’s country Lebanon, is repeatedly mentioned in the Bible, often in reference to Mount Lebanon and its famous cedar trees.

16. Beirut was known as Laodicea during the Hellenistic period but became “Berytus When Pompey of Rome defeated Laodicea in 64 BC.

17. Mohammad al-Amin mosque (the Blue Mosque) in Beirut, is one of the world’s most beautiful pieces of Muslim architecture.

18. Beirut became strategically important as a maritime base under the Ottoman rule and began to thrive as the main regional base for trade in the area.

19. Martyrs’ Square, the historic public square of Beirut took its name to commemorate the martyrs executed there under Ottoman rule.

20. Byblos, the world’s first Phoenician city, is found in Beirut.

21. Recorded as one major tragic event in Beirut, a massive explosion happened in the city in 2020, killing at least 200 people, and injuring over 6,000.

23. The 2020 explosion in Beirut is considered one of the most powerful accidental artificial non-nuclear explosions in history.

24. The 2020 blast was caused by the ignition of 2,750 tonnes of ammonium nitrate that had been stored in a port warehouse confiscated from Rhosus.

25. Saint George Hospital, one of the city’s largest medical facilities, was so badly damaged by the explosion that staff was forced to treat patients in the street.

27. On 14 April 2022, the Lebanese government ordered the demolition of Beirut’s grain silos, which were at risk of collapse since the explosion.

28. The economy of Lebanon was in a state of crisis and debt before the explosion and a poverty rate that had risen past 50%.

29. Currently, Beirut’s country, Lebanon is the third most indebted country in the world after Japan and Greece.

30. Lebanon is ranked as the ninth-worst country for gender equality when measured by the relative gaps between women and men in health, education, economy, and politics.

31. Lebanon is the world’s fifth-largest receiver of refugees. Beirut is home to two of the twelve official Palestinian refugee camps in the country.

32. Salim Ali Salam, President of the Municipality of Beirut was one of the most influential politicians in the region in the early 20th century.

33. During most of the Lebanese civil war, Beirut was divided between the Muslims in the west part of the city and the Christians in the east.

34. The Green Line was established during the civil war to separate the Christian and Muslim factions in Beirut, and thus became a dangerous barricade dividing the city.

35. Approximately 60,000 people died in Beirut during the first two years of the civil war.

36. The assassination of Beirut Prime Minister Rafic Hariri in 2005, led to the largest rally in Lebanon’s history at that time, known as the “Cedar Revolution”.

37. Beirut has hosted both the Asian Club Basketball Championship and the Asian Football Cup and has also hosted the Miss Europe pageant nine times.

38. In October 2012, a car bombing happened in Beirut, killing eight people and leaving 78 wounded. It was considered the largest attack in the capital since 2008.

39. From July 2015 up to March 2016, Beirut and its suburbs, suffered a massive garbage crisis as a result of poor waste management.

40. This garbage crisis birthed a protest movement called “You Stink” which was directed at the country’s politicians due to their bad politicking.

41. Beirut has a lack of green areas with just two main public gardens in the city. Concrete roofs cover 80% of the city.

42. Badaro, a bohemian-style neighborhood, is one of Beirut’s most appealing neighborhoods within its green district.

43. Beirut is one of the most religiously diverse cities in all of the Middle East.

44. According to Wikipedia, Beirut is host to eighteen officially recognized religions.

45. In Beirut, family matters such as marriage, divorce, and inheritance are still handled by the religious authorities representing a person’s faith.

46. Historic landmarks are more preferably used by people in the city. Only a few people rely on official, government-provided street numbers.

48. In recent times, certain countries, have frequently placed Beirut on their travel warnings lists due to the many car bombings and orchestrated acts of political violence.

49. Beirut is the focal point of the Economy of Lebanon. It hosts the headquarters of Banque du Liban, Lebanon’s central bank.

51. Beirut was also chosen in 2012 by Condé Nast Traveller as the best city in the Middle East, beating Tel Aviv and Dubai.

52. Clemenceau Medical Center (CMC) in Beirut, an affiliation of Johns Hopkins Int, was ranked one of the world’s top ten best hospitals for medical tourism in 2012.

53. Beirut’s popular art museum, Sursock Museum was initially built by the Sursock family as a private villa for an art collector, Nicolas Sursock.

54. Showcasing more than 1,400 minerals and gems from over 60 countries, Beirut’s Mim Museum, is one of the world’s paramount private collections of minerals.

55. The rage and violence birthed by Lebanon’s civil war created an intolerant religious attitude among both Christians and Muslims in Beirut.

56. Although Beirut has been historically known for its brutal civil war, the city is a very safe city.

57. It is a village city, a very tight-knit community, so when something happens to one person, it feels quite close.

58. Beirut has ranked No. 7 globally, in terms of cost of living surpassing London and New York.

59. Despite the often chaotic lifestyle of the city, Lebanese and foreigners who visit the city often proclaim a passionate love for Beirut.

60. Beirut has lived and is still living wars for many years. Whether or not Beirut can regain its former position as the hub of the Arab Middle East remains uncertain.

61. Chef Anthony Bourdain recommended that everyone visit Beirut, to “see how…deeply troubled, and yet, at the same time, beautiful and awesome the world can be.”