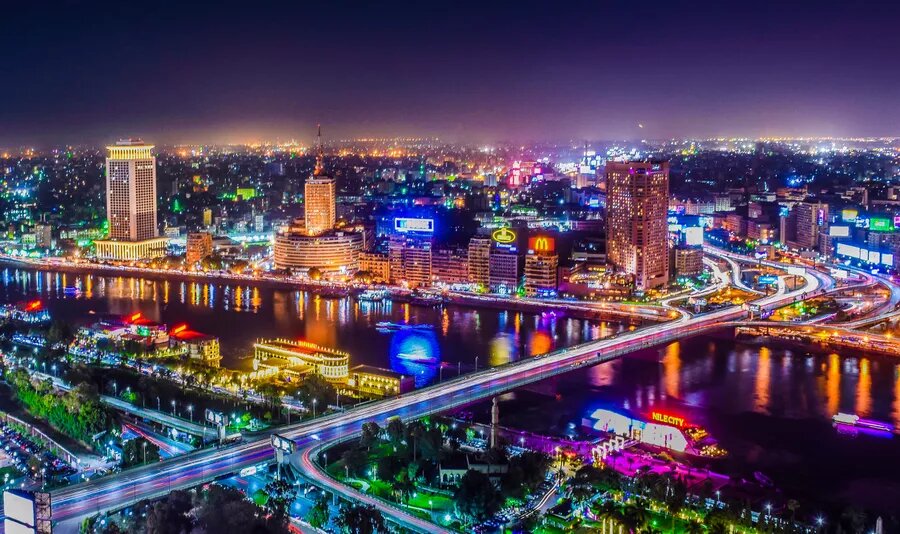 Cairo is a real oasis in the vast desert. This bustling city is the very heart of Egypt, the first and the largest of so many things in Africa! Do you know that in all of Cairo, there are only about ten traffic lights? Nobody even pays attention to them! Local drivers are constantly gesturing giving signs to each other, instead of using turn signals. Bunch of weirdos, right? But you can bet on the fact that there’s many more to learn and unravel about this city of African glory!

1. The name “Cairo” came from the Arabic language. But the city is officially called “Al-Qahirah” in Arabic, which means “The Conqueror”.

2. Cairo in its 6000-year history has been ruled by Pharaohs, Caliphs, Turkish Khedives, French Colonizers, British, and Romans.

3. The oldest district of Cairo grew out of Babylon of Egypt, a settlement founded by the ancient Romans.

4. Cairo is the third most populous city in Africa, second only to Lagos in Nigeria and Kinshasa, in the Democratic Republic of the Congo.

8. Cairo is considered a World City with a “Beta +” classification according to the Globalization and World Cities Research Network.

9. The Egyptians often refer to Cairo as “Masr”, which is the Egyptian Arabic name for Egypt itself, emphasizing the city’s importance to the country.

10. The number of people who live in Cairo is about 10 million as of 2021, and over 20 million people live in the Greater Cairo metropolitan area.

11. Cairo is one of the ten driest capitals in the world because of the arid climate.

13. Rains are extremely rare in Cairo, but if they start, they bring so much water that the city begins to flood, as there are no normal drainage systems for rainwater.

14. The city of Cairo is shaped almost like a fan, narrow at the bottom and wide at the top!

15. The subway system built in Cairo in 1987, was not only the first in Egypt but the first one in all of Africa.

16. Cairo airport is one of the busiest in the Middle East. It serves 12-15 million passengers annually.

17. Planes coming in and out of Cairo airport usually pass over the Egyptian pyramids at the final stage of landing, and it’s always such a pleasurable view.

18. The world’s largest collection of ancient Egyptian artifacts of more than 120,000 items is located in the Cairo Egyptian Museum.

19. When Cairo was engulfed in street riots in 2011, citizens formed a human barrier around the Egyptian Museum to protect the priceless artifacts in it from looting.

20. Cairo is also home to the largest market in Africa, the Khan el-Khalili.

21. Differences of status within the Egyptian population in Cairo depend largely on one’s place of origin, class, and degree of modernity.

22. The Eastern part of Cairo is the old city, a maze of narrow streets, tangled alleys and houses piled on top of each other.

23. The ‘unfinished’ and roof-topless houses in Cairo have a culture attached to them that mandates children to build another floor above their parent’s house, so as not to be separated from their family.

24. The constant traffic jams in Cairo and the level of air pollution in the city is comparable to the situation in Mumbai.

25. The famous medieval Islamic-era fort, Cairo’s Citadel of Salah ad-Din, was the residence of the rulers of Egypt for nearly 700 years.

26. It is very rare and nearly impossible to find anyone speaking English in Cairo. It’s very easy for one to get lost in the city if they can’t speak Arabic.

27. Cairo is the economic domain of Egypt, with about 30% of all industrial enterprises of the country being located in the capital city.

28. If you’re looking to find the oldest and largest film and music industries in the Middle East, then Cairo is your best stop!

29. Cairo is located near the Sahara, a giant desert that occupies a third of all of Africa. The dust storms that arise in the desert cover the city with sand from time to time.

30. Cairo locals believe that the process of bargaining a commodity gives pleasure to both the seller and the buyer, so buying something without first haggling is disrespectful to them.

31. The western part of Cairo was built according to modern plans, with the outlook of Paris serving as an inspiration during the construction.

32. Cairo is home to the largest food court in the world, Oasis Restaurants and Entertainment.

33. Cairo’s Garbage City has almost all of its population engaged in cleaning city streets and passing this profession on to their children by inheritance. Unusual, isn’t it?

34. The dominant religion in Cairo is Islam, but there are Christians also.

36. The streets of Cairo are patrolled by the ‘Vice Squads’, policemen who are dressed in civilian clothes, and they make sure that residents comply with Sharia law.

37. There’s a three-day-long flower festival that holds in Cairo every January. It is a huge exhibition of freshly cut flowers.

38. One fun fact about Cairo is that you can take a regular bus from the city to any of the two hundred Egyptian cities! Cairo is indeed the heart of Egypt.

39. Cairo is home to around 4.5 million vehicles, and that’s just accounting for the cars!

40. Unlike many other cities of the world that sit on hills and are highly elevated above the water, Cairo is only around 23meters above sea level.

41. The streets of Cairo are quite clean, except for the “garbage neighborhoods” that usually have garbage heaps piled up along the streets.

42. Cairo is home to the world’s second-oldest institution of higher learning, Al-Azhar University.

43. Influence from modern western society is also evident in Cairo, with American chains such as McDonald’s, Pizza Hut, and Subway, being easy to find in central areas.

44. Sex before marriage is a taboo for women in Cairo and if caught, it is a crime punishable according to the Egyptian criminal code.

45. In Cairo, Sunday is not a part of the weekend, but a traditional day off for rest.

48. One of the city’s most famous landmarks is the Great Pyramid of Giza, the only surviving one of the ancient wonders of the world.

49. The 140 meters structure is said to have been built with over 2 million huge stone blocks and it is also estimated that 40,000 people took 10 years to build it. What a history!

50. Cairo’s famous nickname is ‘the city of a thousand minarets, because of its abundance of Islamic architecture.

51. Coptic Cairo is a part of Old Cairo which previously served as a stronghold for Christianity in Egypt until the Islamic era.

52. Football is the most popular sport in Egypt. Al Ahly and El Zamalek are the two main football teams in Cairo, and one of the most-watched teams in the African-Arab region.

53. The Egyptian football team stands as the 9th best team in the world’s FIFA rankings. As of 2021, the country’s national team is ranked 46th in the world by FIFA.

54. Mona Zulficar, a native of Cairo, a lawyer, and human rights activist, was included in the Forbes 2021 list of the “100 most powerful businesswomen in the Arab region”.

56. Many mosques have been built in Cairo. According to local guides, a new mosque opens in the capital every year.

57. Cairo International Stadium was one of the stadiums that hosted the 2006 Africa Cup of Nations which was played in January 2006.

58. Women in Cairo are reported to face constant discrimination, sexual harassment, and abuse.

59. In 2017, Cairo was named by one poll as the most dangerous megacity for women in the world.

60. The Cairo Tower which stands at 614 feet, was the tallest structure in Africa for ten years until 1971, when it was surpassed by Hillbrow Tower in South Africa.

61. The main hub of Cairo city itself is actually a UNESCO World Heritage Site – it’s been protected by the list since the late 1970s.