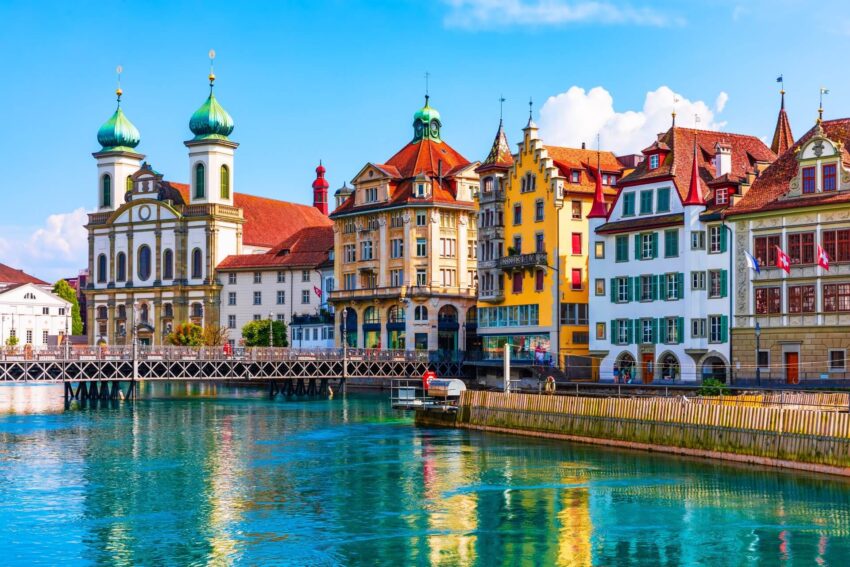 Although a small country in Europe, Switzerland is the kind that would easily be described as “Small but mighty”. I’ll tell you this one fact for free – Albert Einstein’s special theory of relativity and the famous formula E=MC2 was born right there in Bern, Switzerland, in 1905. And not just that, the country is named as one of the smartest in Mathematics and Sciences!

Do you also know that despite being a military country, Switzerland has not been involved in any military conflict since 1815, and thus remains the oldest neutral nation in the world? Well, grab your pen and paper and get ready to learn the most intriguing facts about the Swiss country!

2. Switzerland was originally called Helvetia by Julius Caesar when he conquered the Helvetii, a group of Celtic tribes, who lived in the area between the Alps and the Jura Mountains.

3. Bern is the capital of Switzerland and Zurich is its largest city.

4. The Swiss franc is the official currency of Switzerland.

5. S Switzerland’s resident population has grown from 3.3 million in 1900 to 8.3 million today. 23% of the country’s population consists of foreigners.

6. The Italians are the largest foreign community in Switzerland, followed by the German, Portuguese and French communities.

7. Switzerland does not have a president as chief of state! Instead, it is governed by a seven-member council elected from the country’s top-rated parties.

9. The Swiss Confederation consists of 26 regions, called cantons. These cantons can vary significantly depending on their culture and geography.

10. Switzerland is entirely landlocked, meaning that it has no coastline. Instead, the country is bordered by five countries: France, Germany, Austria, Liechtenstein, and Italy.

11. Switzerland is the only other country in the world asides from the Vatican that has a square flag.

12. Teaching in Switzerland is one of the highest-paid occupations. As of 2014, the average salary for a Swiss teacher was the US $68,000 per year.

13. Switzerland’s best-known exported skill is soldiering. Between 1400 and 1848, more than 2 million Swiss mercenaries were employed by foreign powers.

14. The Swiss have the second-longest life expectancy in the world after Japan with an average age of 83 years.

15. Switzerland has one of the highest rates of gun ownership but has nearly half the gun-related deaths the United States has.

16. The French, under Napoleon Bonaparte, is the only nation to conquer Switzerland.

17. The country of Switzerland is equipped by law with enough underground bunker capacity that it can hide its entire population in case of a nuclear war.

18. The Swiss Army knife, also known as “The World’s Smallest Toolbox”, was invented by Karl Elsener. Some of its models even come with a USB memory card!

19. Switzerland is one of the few nations in the world where assisted suicide (also known as euthanasia), is legal.

20. Switzerland has more high mountain peaks than any other country in Europe; 48 of these mountains have a peak higher than 4000 meters!

21. The BBC once pulled an April Fools Day prank, fooling hundreds of thousands of British citizens into thinking spaghetti was harvested from “spaghetti trees” in Switzerland.

22. The Swiss version of Santa Claus is usually accompanied by a strange-looking individual with a blacked-out face whose job is to beat naughty children with sticks.

23. In 1802, the Swiss fought a war with wooden clubs against France because Napoleon had taken away their weapons.

25. Switzerland has one of the highest doctors to patients ratios in the world, with well over 23,000 general practitioners and specialists for the country’s 7.3 million inhabitants.

26. Switzerland is home to The Sonnenberg tunnel, the world’s largest nuclear bomb shelter which is able to house up to 20,000 people at a time.

27. The Swiss country is also home to the highest railway station in Europe, the Jungfraujoch railway station, built at an altitude of 11,332 ft above sea level.

28. The average age for Swiss women to have their first child is 31 years, which makes them the oldest women in Europe to do so.

29. In Switzerland, animals too have a right of representation in court. One Swiss lawyer, Antoine Goetschel, even once prosecuted a fisherman for taking too long to catch a Pike.

30. The World Wide Web (www) was invented by Tim Berners-Lee in Switzerland in 1989.

34. Half of the luxury watches produced in the world come from Switzerland! Brands like Tissot, TAG Heuer, Rolex, Patek Philippe, and Longines are all Swiss.

35. The very first Nobel Peace Prize to ever be won was awarded to Jean Henri Dunant, a Swiss, in 1901. He is the founder of the International Committee of the Red Cross.

36. A ring made entirely out of diamonds was sold by a Swiss jeweler for a whopping $68 million.

37. Two of Switzerland’s cantons – Zurich and Geneva – are among the top ten most livable cities in the world.

38. In Switzerland, military service is compulsory. All male Swiss citizens over the age of 18 are expected to serve in the Swiss army, continuing until the age of 44.

39. Switzerland is the world’s biggest consumer of chocolate. The Swiss chocolate brands also round up as the 2nd largest chocolate producer in the world (i.e. 40%).

40. All the major entry points to Switzerland, like tunnels and bridges, are wired to explode at the first sign of a foreign invasion. Yes. The country is ever ready!

41. The personal bodyguards of the Pope are called the Swiss Guard. They must be Catholic and from Switzerland. They have maintained one uniform since the 16th century.

42. Switzerland is one of the last countries where women received the right to vote and are elected and are behind many European countries in terms of gender equality.

43. Salaries in Switzerland vary by gender. Even if they have the same education, work experience, and age, men are still paid more than women.

44. The divorce rate in Switzerland is 43%! Apparently, Swiss people are very fond of their freedom.

45. The first waterproof watch was invented by Rolex in 1927 in Switzerland.

46. In Switzerland, Sundays are sacred and certain activities are prohibited on that day as a matter of law, and you’re not to do ‘anything” at all that will disturb public peace.

47. Switzerland is one of the few countries that has not entered the European Union, is not a member of NATO, and only recently joined the United Nations in 2002.

48. The Swiss people, governed by direct democracy, have the right to refer unapproved laws to a referendum by collecting 50,000 signatures.

49. Switzerland is home to the longest tunnel in the world, the Gotthard Tunnel of 57 km, which took 17 years to complete.

50. In Switzerland, you don’t get to name your child whichever way you want. Names that could harm the child’s well-being or offend a third person are prohibited.

52. The longest staircase in the world with its 11,674 steps and a height of 1,669 meters, is located on the train road in Niesen mountain in Switzerland.

53. There are rules on dogs too in Switzerland. Generally, dogs in the country are taxed in cantons depending on the dog’s size and weight, as in some cantons.

54. Based on an OECD publication, Switzerland is the highest salary and job security in the world, beating out countries such as the U.S.

55. There are 1600 alcohol-related deaths in Switzerland each year. Some are the result of booze-fuelled accidents, while others are caused by the long-term effects of alcoholism such as liver problems

56. According to the WHO, the Swiss country is the least obese European country with only 17.5% of the population being obese, unlike the 33% of the U.S..

57. Switzerland is actually small. It is approximately 41,277 sq, and California is almost 10 times bigger than it is.

58. Switzerland is home to the oldest winter resort in the world, St. Moritz. The resort hosted the Winter Olympics twice in 1928 and 1948.

59. Switzerland has one of the highest rates of cannabis use in the world. It is estimated that about 600,000 users smoke 100 tons of hash and marijuana each year.

61. 39% of electricity in Switzerland comes from nuclear power plants, while 56% is generated by hydroelectric power plants. 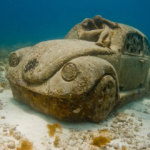 71 Interesting Facts about Top Museums in the World