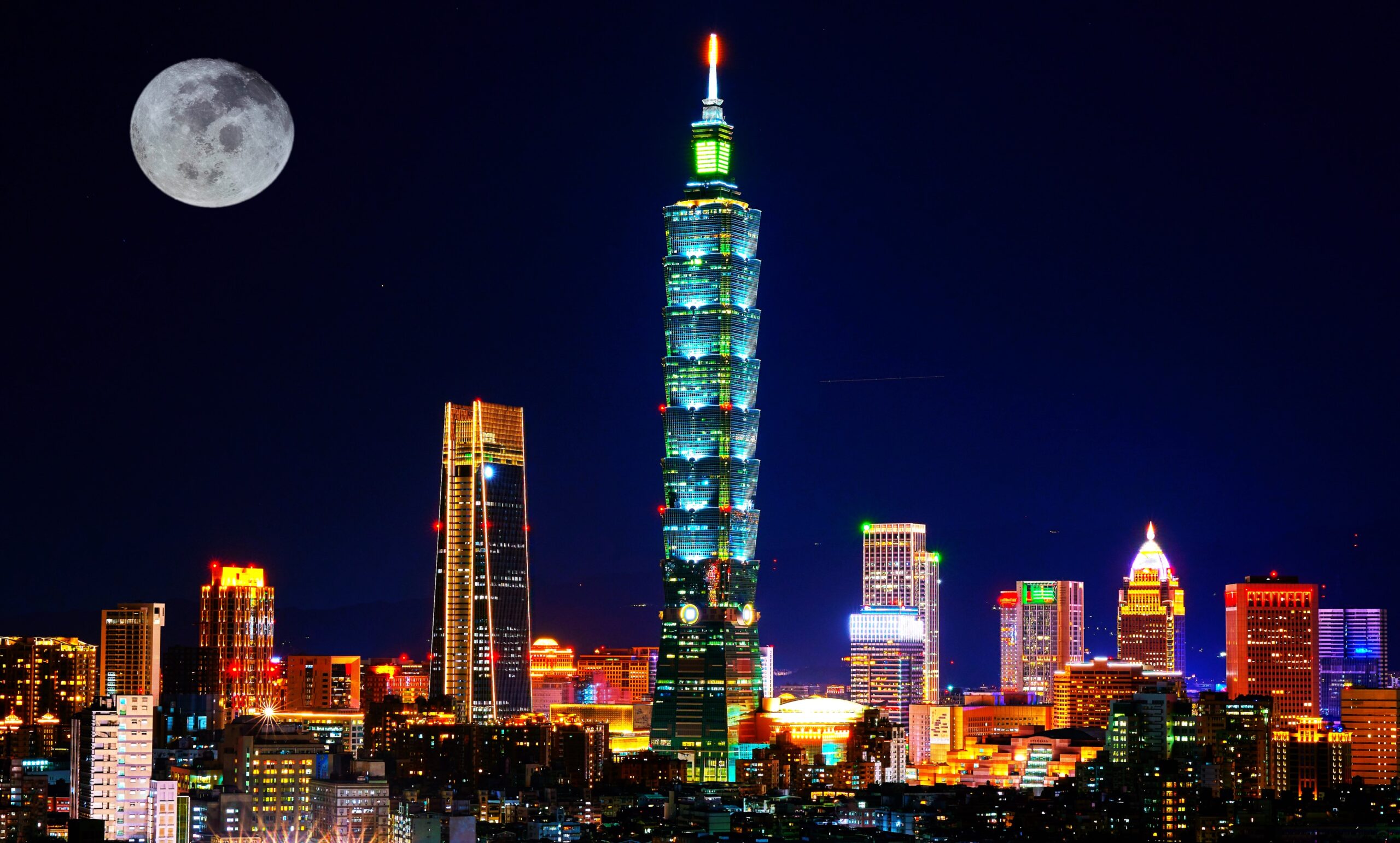 Ready to explore some fascinating facts about Taipei City? We have compiled these interesting collections of facts about the culture, food, and drink, festivals, structures, history, and more. Before we start, let us give you some history of  Taipei City.

Taipei, officially known as Taipei City, is the capital of Taiwan. Famous as one of the food capitals of the world, Taipei is the center of culture, education, economy, and politics in Taiwan.

Do you know that Taipei’s National Palace Museum holds the largest collection of Chinese artifacts worldwide? Relax, as you are about the uncover some of the most interesting things about Taipei.

1. In the early 18th century under the Qing Dynasty, Taipei was an administrative body of the Chinese government and is now officially called ROC (Republic of China).

2. Taipei was renamed ‘Taihoku’ when the Japanese acquired Taiwan in 1895 and was later handed back to the Chinese after World War II.

3. In 2012, Taipei was considered a global ‘Alpha -‘ city, meaning it links major economic regions in the world’s economy.

5. The city is home to 30 billionaires, the 16th in the world with the most billionaires.

7. The official language of Taiwan is Mandarin Chinese (guo yu), but the mother tongue of most people who live in Taipei is Taiwanese language called Min Nan Yu, or Hokkien.

8. The Chinese religion of Taipei is a mix of ancestral worship, Confucian traditions, Buddhist practices, Taoist thinking, and rituals, amongst other diverse beliefs.

9. Taipei has one of the most extensive public transport networks in Asia, which makes getting around the city convenient, cheap and hassle-free.

10. Thanks to Taipei’s bike-share system called “YouBike”, there are four million scooters on the road in the greater Taipei area, and they rule the road!

11. According to Business Insider, Taipei was the fifth most high-tech city in the world in 2017, and number one in Asia in the same year too.

14. Taipei hosted the Summer Deaflympics in 2009 and the first Taipei International Flora Exposition from 2010 to 2011.

15. Education has huge importance in the culture of Taipei, such that you’d commonly find 2-year-olds officially enrolled in kindergarten.

16. Generally, Taiwanese people are hospitable and not overly formal. This is a good virtue of the locals in Taipei and the reason you’d easily love being in the city.

17. The Xinsheng Road, which connects districts in Taipei, is nicknamed the “Road to Heaven” because it has a high number of temples, shrines, churches, and mosques on it.

19. Taipei’s National Palace Museum and the Palace Museum in the Forbidden City, Beijing was once a single museum that split in two as a result of the Chinese Civil War.

20. Taipei holds 40% of Taiwan’s population, with about 3 million people, and in the greater metropolitan area, at least 7 million.

21. In 1990, the Wild Lily student rallies from Taipei helped change the Taiwanese society from a one-party rule to multi-party democracy.

22. Compared to cities in southeast Asia, Taipei has strong environmental regulations that have prevented air pollution from becoming a substantial health issue in the city.

23. When you hear Taipei residents rushing out on the street at the sound of Beethoven’s “Für Elise” song, it is in order to catch the garbage truck! Sounds funny right?

24. Food is such an essential part of Taiwanese culture that locals in Taipei often greet each other by asking, “Have you eaten yet?”

25. Full of night markets, the most famous one in Taipei is the Shilin Night Market, with more than 500 stores and vendors, with competing varieties of seafood delicacies.

26. Another sign of Taipei’s food obsession is evident in the fact that the two most famous objects at the National Palace Museum are meat and cabbage! Imagine that!

27. Also, Taipei 101 has no 44th floor and that’s because the number four is considered unlucky in Chinese culture.

28. The Chiang Kai-shek Memorial Hall in Taipei, is a beautiful white marble building with a roof of blue glass, built in honor of the former dictator President of the Republic of China, Chiang Kai-shek.

29. There are 89 steps that ascend to reach the entrance of the Hall, one for each year of Chiang’s life.

30. The Longshan Temple dedicated to the Buddhist Goddess of Mercy, is the oldest temple in Taipei and one of the most important temples in all of Taiwan.

31. The first female President of Taiwan, one of the most powerful women in the Chinese-speaking world, Tsai Ing-Wen is a native of Taipei.

32. Although part of a daily rush-hour spectacle in the city, the sight of thousands of motorbikes cascading down the Taipei Bridge is called a “motorcycle waterfall”.

34. Now a famous landmark in Taipei, the Chunghwa mailboxes still accept mail and even have a special stamp saying that you used crooked post boxes.

35. Although Taipei’s metro system has a daily average ridership of around 2 million, there’s no cramming and pushing due to the “Waiting Line” drawn on the ground.

36. Taipei-born Elaine Chao, Former U.S. Secretary of Labor, under President George W. Bush is the first Asian-American woman to be appointed to the President’s Cabinet.

37. The Formosan blue magpie is the official city bird of Taipei, as elected by the residents. The creature has a scratchy voice and a lengthy blue and white tail,

39. Knife massage is a traditional type of massage in Taiwan carried out with two blunt knives and it is one very interesting feature of Taipei.

40. One of the unusual things to do in Taipei is to shoot rifles with a beer in Dunker 1942, a bar in Taipei with a shooting gallery.

41. Betel nut, a stimulant used around Asia to energize people, is responsible for the splashes of bright red you’ll often notice on Taipei’s pavements.

43. Taipei’s Modern Toilet is a themed restaurant based around everything lavatorial; food comes served in toilet-shaped bowls, and even your ice cream is brown and poop shaped.

44. Taipei’s colorful Rainbow Village was scheduled for demolition until one local resident got out his paintbrush and gave it an even more glamourous second life with his art.

45. Fortune telling is also very common in Taipei. It could be told by reading the face, hands, or even told to you by a bird!

46. The elevators in Taipei 101 take only 30 seconds to get to the top of the 1,670 feet building, making it the world’s third-fastest elevator.

47. Compared to other capital cities in East Asia, Taipei is a fort of sexual liberation and tolerance. Its Pride parade is now Asia’s largest.

48. As is common with Chinese culture, there is a big red ink taboo in Taipei. Never write any friendly piece with red ink, as it is believed to have curse effects attached to it.

49. Also, when you’re in Taipei, do not present a clock as a gift. The phrase “to give a clock” (sung Chung) sounds like “to attend a funeral”. It is very inauspicious.

50. It is also said that if you accidentally give an unlucky gift, the curse can be set right if the receiver gives you a coin as a token payment, then it becomes a purchase, not a present.

51. Leaving your chopsticks sticking up in left-over food when you eat at a restaurant in Taipei, is said to bring a curse on the shop owner. They say it’s the way people do at shrines when offering a meal to their ancestors’ ghosts.

52. In Taipei, it’s bad luck to give your new friend an umbrella to go home with when it is raining; it is an omen that means you’ll never see each other again.

53. In Chinese culture, it is rude to point at people with one finger. When beckoning to someone, wave your hand toward yourself with your palm down.

54. In Taipei, it is very wrong to receive a business card from someone and put it in your back pocket. It means you’re going to sit on it and that does not show regard.

55. Again, if you eat out with Taipei locals, don’t let them pay for the bill every time. In Taipei’s culture, it is expected that people take turns inviting each other.

56. Again, you shouldn’t be surprised to find the top latest tech gadgets being sold in Taipei as the city produces some of the huge percentages of the world’s computer components.

57. Acer and Asus, two of the world leaders in laptop production and giants of the technology and software industry in Taiwan have their headquarters in Taipei.

58. Just as is common with most Asian traditions, you should always take your shoes off when you enter someone’s home in Taipei. This rule is virtually universal in Taiwan.

59. Taipei locals tend to ask a lot of questions when they meet you for the first time, many of which might seem a little personal to you, and it is just their way of being friendly.

60. One aspect of Chinese culture that is very common in Taipei that often upsets visitors is the context of laughing when embarrassed. That is their own way of trying to lighten an awkward situation.

61. For U.S passport holders, no visa is needed to visit Taipei.

Hope you enjoyed these interesting facts about Taipei. Please leave a comment below and share if you like the content. Check out 61 Interesting Japan Trivia Questions And Answers and 61 Interesting and Fun Facts About Tokyo.