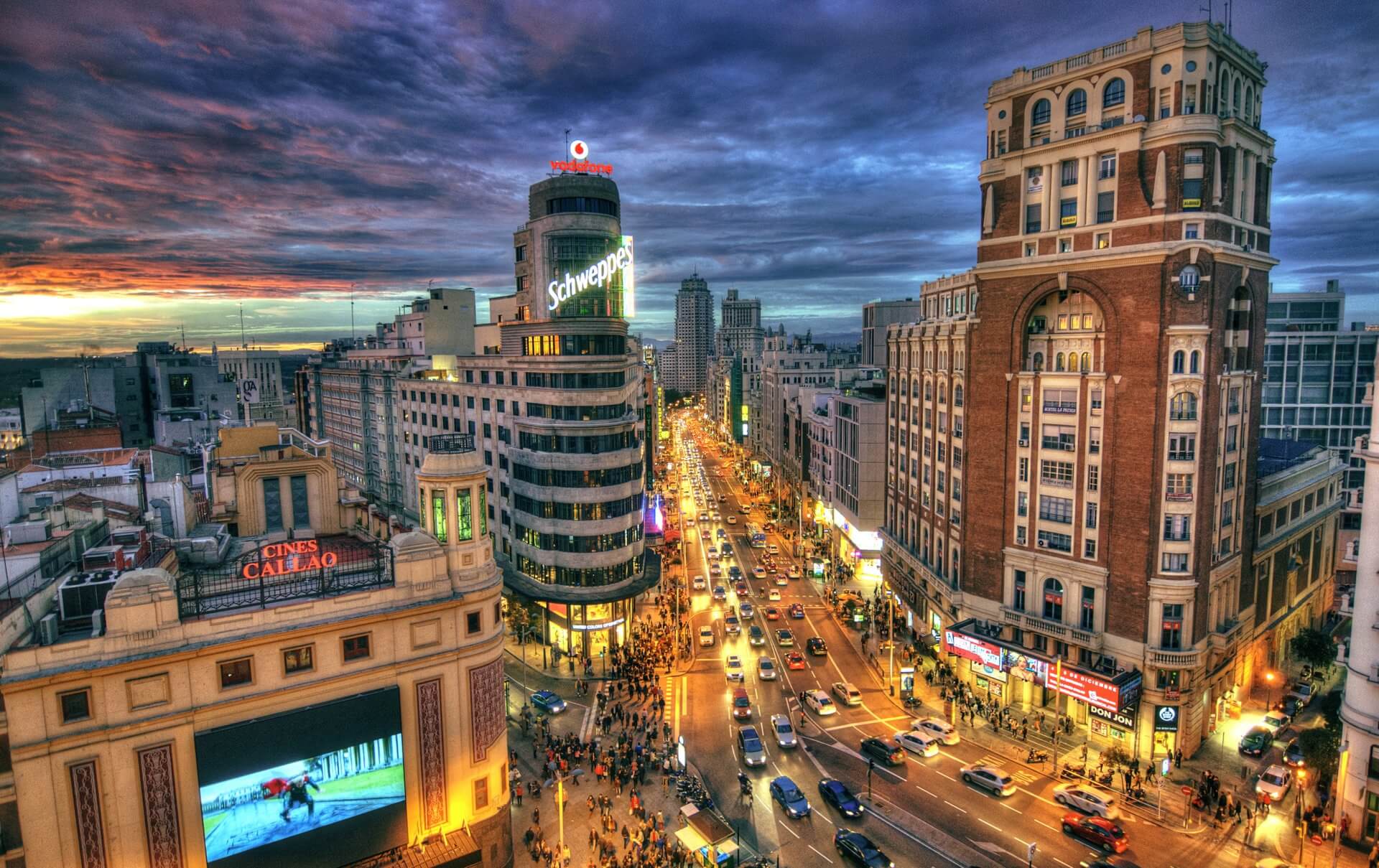 Light up your day with these collections of super interesting Madrid facts. Whether you are a tourist looking to discover things about Madrid’s culture, history, landscape, etc or you are just interested in having more knowledge about this tourist city.

I am convinced that these facts some of which may be surprising to you will expose the important and fascinating details about this beautiful state. Do you know that Madrid has a monument that is dedicated to the Devil located in Retiro Park? Fasten your seat belt because it is going to be a fun exploration ride of the playground for the rich and famous.

1. Madrid is the second-largest city in the European Union by metropolitan area and the seventh-largest in Europe.

2. According to archaeologists, the area surrounding Madrid has been inhabited since the Stone Age, but the city was founded in the 9th-century.

3. Madrid has a monument that is dedicated to the Devil located in Retiro Park.

4. Madrid has a museum dedicated to a mouse known as the House of Ratoncito Perez.

5. Madrid has the largest collection of Sorolla paintings and they are kept at the Sorolla Museum, one of the most fascinating places in Madrid.

6. Madrid has almost 11,000 restaurants listed on TripAdvisor and this is almost the same as that of New York City.

7. According to the National Institute of Statistics, people that are living in Madrid earn 42,000 euros per person a year on average.

8. After Paris-Charles de Gaulle Airport, Madrid’s airport is the largest in Europe and was opened in 1931.

9. Churros and chocolate are so popular in Madrid that it is perfectly normal to have them as your breakfast.

10. Palacio Real became the official residence of the Spanish king after a fire completely destroyed the Moorish alcazar founded by Muhammad I of Cordoba.

11. People born in Madrid are nicknamed Gatos (cats) and this is because of a legend of what happened in 1083 when the Reconquista, King Alfonso VI’s troops went to battle and one of the soldiers climbed a wall with the agility of a cat.

12. After King Phillip II moved his court from Toledo to Madrid, the city became the capital of Spain in the 16th century.

13. The wealthiest neighborhood in Madrid is El Viso, in the Chamartin district, and is filled with politicians and businessmen.

16. Madrid’s coat of arms is represented by a bear reaching up the branches of a strawberry tree.

17. The whole of Madrid’s metropolitan area is the second richest in the EU after Paris in France, with a GMP that is more than 200 billion EUR.

20. Popular Madrid painting Velázquez’s Las Meninas was rescued by tossing it out of the windows after a fire burned the Royal Palace.

21. Quite a few Hollywood and Netflix blockbusters were filmed in Madrid and including Money Heist and Pain and Glory.

22. According to the Guinness Book of World Records, Madrid is home to the oldest restaurant in the world known as Sobrino de Botín.

23. According to a 2019 Centro de Investigaciones Sociológicas (CIS) survey, 3.6% of people in Madrid are indifferent toward religion, and 12.8% are atheists.

24. Because of the rich culture this city has, Madrid became the European Capital city of Culture in 1992.

25. Everyone can see the characters in their favorite movies in the Warner Brothers Museum that is located in Madrid.

26. With an arena that can host up to 25,000 people, the bullfighting area in Spain is located in Madrid.

27. The headquarters of the UN’s World Tourism Organization (UNWTO) is located in Madrid.

28. One of the finest collections of European art in the world is located in Madrid’s Prado Museum.

29. One of the four oldest educational Institutions in Europe, known as The University of Salamanca is located in Madrid.

30. According to FIFA, Real Madrid FC is one of the world’s most successful football clubs.

31. Madrid was where some of the world’s famous people were born including Rafael Benítez, Fernando Torres, Placido Domingo, Enrique Iglesias and Penelope Cruz.

32. The highest building in Madrid, known as The Bankia Tower was designed by Sir Norman Foster.

33. Madrid was the first European city to be bombed by Air during the Spanish Civil War in the 1930s.

34. From the 2nd century, Madrid was ruled by the Romans until 1083, when the Spanish ruled again.

35. Madrid lies on the famous River Manzanares and is the political, economic, and cultural center of Spain.

36. Madrid has been the capital of the autonomous community of Madrid since 1983.

37. Madrid is the leading economic hub of the Iberian Peninsula and of Southern Europe.

38. In the whole of Spain, Madrid is the Spanish-speaking city generating the largest amount of web pages on the internet.

40. Madrid is home to two world-famous football clubs, Atlético Madrid and Real Madrid and each of them competes in different European competitions.

41. Madrid is known to organize world-famous fairs such as FITUR, Arco, the Madrid Fashion Week, SIMO, and TCI.

43. Madrid attracts large numbers of immigrants every year, with most of the immigrants coming from Latin American countries.

44. According to a 2019 Centro de Investigaciones Sociológicas (CIS) survey, 66% of people in Madrid are Catholics.

45. Madrid was more a center of consumption than of production or trade-in the 16th century and the industrial sector did not develop until the 20th century.

47. After London, Paris, Frankfurt, and Amsterdam, Madrid is the 5th most important leading Center of Commerce in Europe.

48. One of the oldest banks in Europe is The Bank of Spain which is located in Madrid and was originally known as the Bank of San Carlos.

49. It was during the “Spanish miracle” period around the 1960s that industry started to develop on a large scale in Madrid.

50. Madrid’s economy was now among the most dynamic and diverse in the European Union after the restoration of democracy in the late 1970s.

51. Apart from being known for its economy, Madrid has 17 universities and over 30 research centers in the city.

52. Madrid had a GDP(gross domestic product) per capita of 74 percent above the national average in 2011.

53. The economy of Madrid has become based increasingly on the service sector with more than 80 percent of the economy depending on services in 2011.

55. Household income and spending are very high in Madrid and are about 12% above the Spanish average.

57. Universidad Nacional de Educación a Distancia (UNED) in Madrid has the largest student population in Spain with more than 205,000 students in 2015.

58. One of the oldest universities in the world is The Complutense University of Madrid with more than 11,000 staff.

60. Madrid has become one of the largest hot spots for LGBT culture after Spain legalized same-sex marriage in July 2005.

61. The local feast par excellence is the Day of Isidore the Laborer who is the patron Saint of Madrid and is celebrated on 15 May.