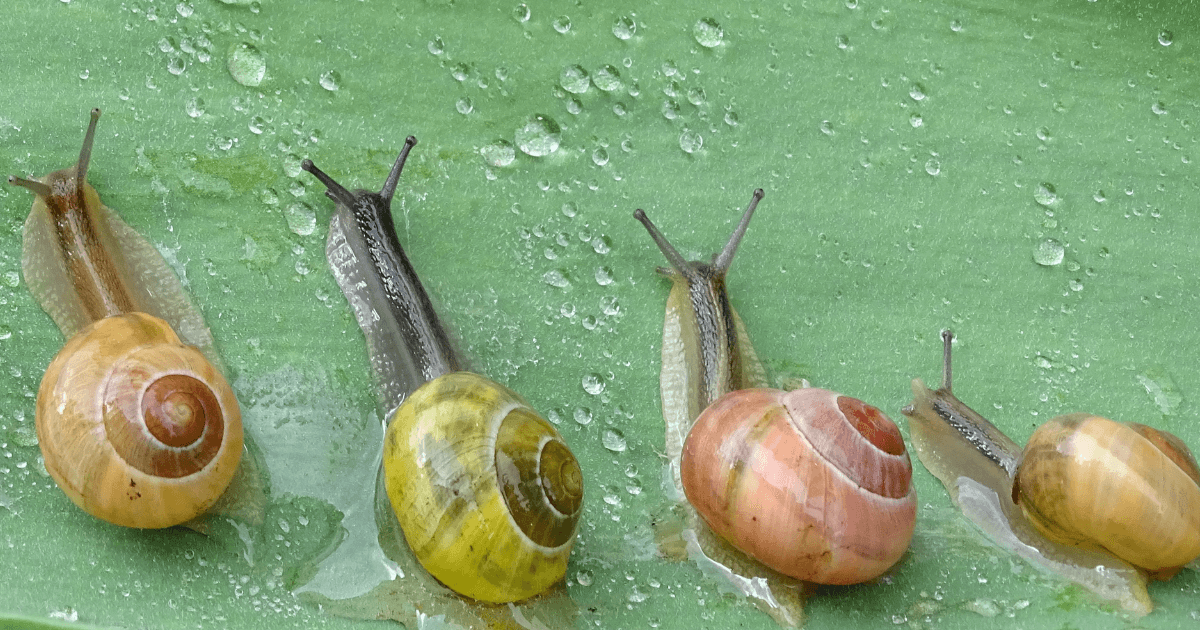 Snails are arguably one of the slowest creatures on earth but beyond their sluggishness lies much more than you can ever imagine about this creature. Get set to be blown away by some unusual and amazing facts about snails in the article below.

1. Interestingly, a snail can kill a Starfish with its venomous saliva.

2. Snails were often regarded as a symbol of joy and rebirth for ancient Colombian-Americans.

3. Some species of snails like to eat together as a family by eating from the same source.

4. Majority of juvenile snails are believed to have a hairy shell that aids their movement in wet areas.

5. The world’s smallest land snail is called Angustopila Dominika with a shocking size of 0.03 inches tall.

6. The major difference between a Snail and a slug is that a snail has a shell while a slug doesn’t.

7. Snails are found everywhere on the planet earth.

8. Research suggests that a Snail mucus could FastTrack the healing of wounds in humans.

9. Not all, but some species of Snails have both lungs and gills.

10. A snail’s life expectancy is between 5-25 years depending on the habitat they find themselves in.

11. The sea-based cone snails are extremely dangerous and could kill with just a single string.

12. Interestingly, snails travel on the mucus trails of others in other to move faster.

14. What they lack insight and hearing they have in abundance in their sense of smell.

16. Strangely, snails can sleep for a staggering 3 years especially when the weather conditions are extremely dry.

17. Rearing a snail is very cost-effective as they only feed on fruits or vegetables.

18. Garden snails are nocturnal in nature as they barely come out in the day.

20. Quite interesting to know that Snails are often born with shells.

21. One of the fastest snails in the world is the Plough snail which can travel at speed of 2.5cm per second.

22. Snails can lay up to 100 eggs but only about half of them get to reach maturity.

23. Snail shells are quite multipurpose in nature as they are used in the cosmetic industry to make powders and are also used as fillers in the paper industry.

24. Quite fascinating to know that about 80% of snails and slugs make up a higher portion of the mollusk species in the world.

25. The largest snail in the world is about 70cm in size and it’s known as the Australian great Whelk.

26. Astonishingly, it would take an average snail more than a day to reach a mile.

27. Surprisingly, the majority of snails kick the bucket after giving birth.

28. They are quite vulnerable to anything acidic in nature.

29. Interestingly, snail eggs serve as a form of delicacy in some restaurants across the world and it’s often called “White Caviar”.

30. Majority of snails are quite hermaphroditic in nature with both genders possessing both male and female organs.

31. Strangely, their anus is located close to the top of their heads.

32. Not at all times but young snails do consume unhatched eggs when extremely hungry.

33. The Sea snail is quite unique in nature as it possesses a strong adhesive that allows them to stick to rocks and hide away from the prey.

34. Quite interesting to know that the Apple snail has a breathing tube that reaches the surface of the water.

36. Rodents, frogs, and birds are the biggest predators of snails.

38. Their color varies depending on their environment.

39. Snails are quite intelligent as they retract into their shells once they sense any form of danger.

41. Might sound a bit strange but snails have the ability to grow back an eye if damaged.

42. They can survive for several months without water.

43. Because they are very slimy in nature, a snail can pass through a sharp razor blade without getting hurt.

44. Under favorable conditions it takes up to 14 days for a snail egg to hatch.

48. Most snails species have a ribbon-like tongue called “Radula”.

49. Majority of their vital organs is located in their shell.

50. Their shells are made of calcium and covered with a dry mucus called “Epiphragm”

51. Despite being known to enjoy wet conditions, Snails can’t swim.

52. Snails are also known for burying their eggs in the soil after they are laid.

53. The largest land snail is often called the “Achatina Achatina”.

54. The rearing of snails is called “HELICICULTURE”.

55. The giant African Land snail can grow up to 38cm and weigh about 1kg.

56. Astonishingly, the largest Sea snail is the “Syrinx Aruanus” and can weigh up to 18kg and 90cm in length.

57. The common garden snail is often considered a Pest because it feeds mainly on the leaves and stems of crops.

58. Snails are cold-blooded animals and their temperature varies based on their environment.

60. They have a flattened strong foot to aid their movement.