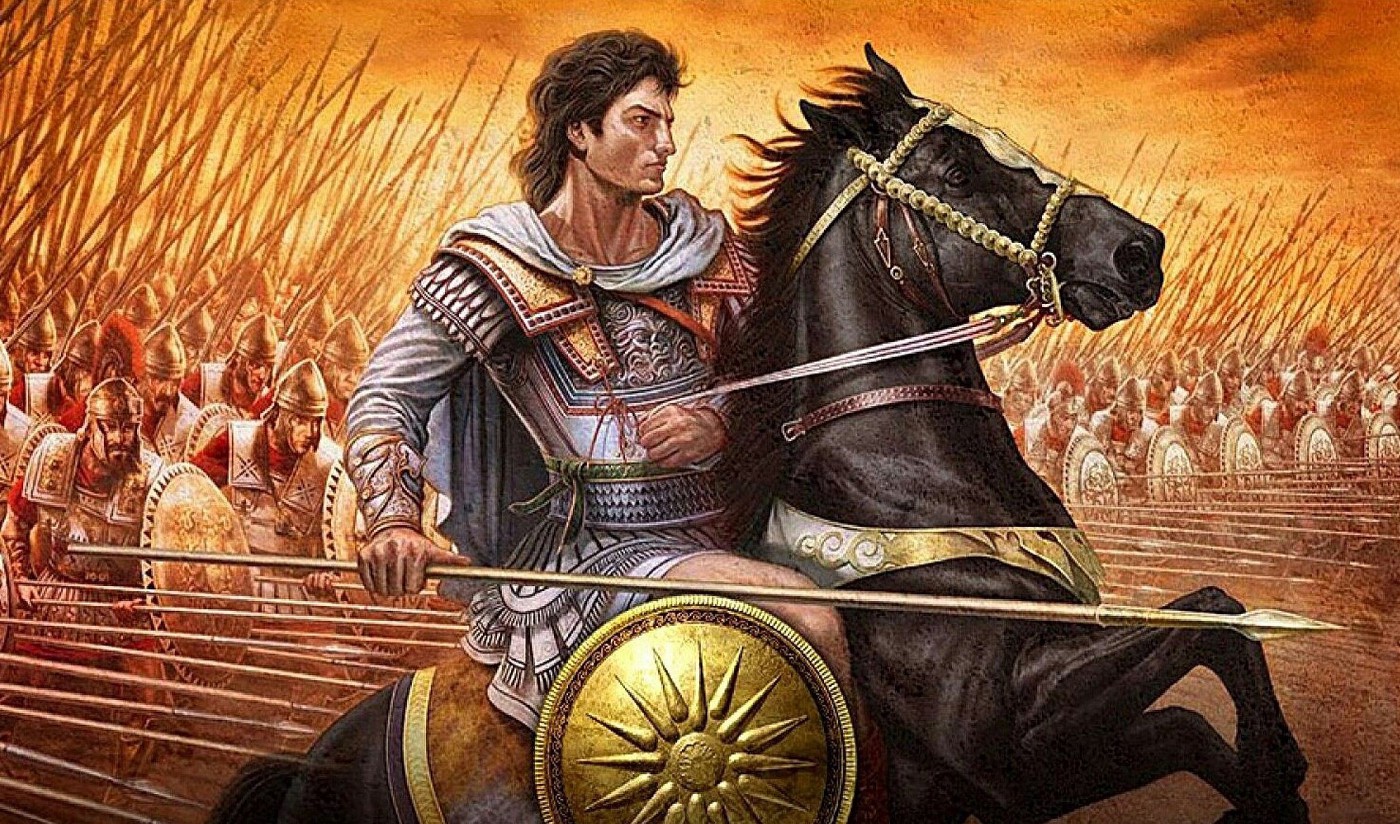 Fun Facts About Alexander The Great

Alexander III of Macedon, commonly known as Alexander the Great, was a King of the ancient Greek kingdom of Macedon, who succeeded his father, Philip II of Macedon. He was born to the fourth wife of King Philips II, Olympias, in the Macedonian capital of Pella. He was a brilliant military leader who had loyal and fierce followers and conquered most of the known world.

Do you know that the cause of Alexander’s death has not been discovered yet? We have compiled a list of interesting facts that will help you uncover more fascinating things about this great man.

1. He was tutored by Aristotle, one of the greatest philosophers of all time, from age 13 to 16.

2. He founded over 70 cities and named 20 of them after himself.

3. He ascended the Macedonian throne at the age of 20.

4. He was undefeated in battle and is considered one of history’s most successful military commanders.

5. Alexander the Great was bisexual. He had sex with both males and females, even though he wasn’t recorded to be much of a lover of women.

6. He was of royal blood from both sides of his parents, as his mother Olympias, was the daughter of King Neoptolemus of Epirus.

7. Alexander’s father, King Philip II was murdered by Pausanias, one of the king’s bodyguards, at the wedding of his sister, Cleopatra of Macedonia.

9. He ruled a territory that spanned 3 continents. He was the King of Macedonia, Greece, Persia, and the Pharaoh of Egypt at the same time.

10. His father, Philip II, was great too and thus, paved the way for Alexander’s greatness and vast conquests.

11. Alexander was an undisputed leader and he knew how to crush rebellions.

12. He had ‘heterochromia iridium’, which means that one of his eyes was brown and the other was blue.

13. He had a lack of self-control with alcohol.

14. One of the Seven Wonders of the Ancient World, Ephesus’ Temple of Artemis, burnt down on the day Alexander was born.

15. Alexander’s father divorced his mother Olympia and married Cleopatra Eurydice of Macedonia, who was the last of the seven wives of the king.

16. Before he started ruling, Alexander made sure to get rid of every rival that would eventually pose a threat to his throne.

17. One of King Alexander the Great’s favorite war tactics was the use of the Macedonian Phalanx, which was modified by his father but utilized by him.

18. Alexander’s first wife Roxana is deemed to be the only woman he ever truly loved and the mother of his only son.

19. He married three times, two of which were to gain legitimate claims on the throne of Persia.

20. Alexander the Great was only half Macedonian and so his throne as a successor of his father was threatened by his father’s marriage to Cleopatra Eurydice.

21. Alexander met his horse when he was 10 years old. He named it Bucephalus. The horse went with him on several military conquests and died when Alexander was 30.

22. After his horse died, he named a city after the animal and even conducted a state burial on its behalf.

23. He won a 2008 TV show called “The Greatest Greeks”, where the audience voted him as the greatest Greek of all time.

24. Although Alexander had a violent temper, and impulsive nature, he had a calmer side that was logical and calculating.

25. His two children were murdered after his death which led to the closure of his lineage.

26. Alexander’s conquests led to the spread of Greek culture into the Persian nations (Pakistan, Afghanistan, and India).

27. To date, King Alexander the Great’s war tactics are still being studied in various military academies.

28. When Alexander died, the Kingdom of Macedonia was split into three and was each ruled by his generals.

30. He had planned a united Greek invasion of Persia which he built from a long-held grudge against the Persians by the Greeks.

31. When he conquered Persia, he took up some of their customs and even married two women from there to strengthen his rule over the Persians.

32. Alexander lived a short life but his legacy lived centuries after his death.

33. To date, the cause of Alexander’s death remains unknown.

34. Historians say he inherited his mother’s beauty and his father’s ambition and military knowledge.

35. Alexander liked to go clean-shaven, unlike most Macedonian men who grew beards.

36. He had a reputation for leading his men with great speed which allowed his smaller forces to break enemy lines before his opponents were ready.

37. British Historian Peter Green claims that Alexander was short by Macedonian standards, but had a stocky body build.

38. Alexander had a great ambition of conquering the world before his death.

39. He had once admitted to fearing that his father would become so successful that he would have nothing to do when he became king.

40. Alexander’s horse refused to be tamed initially because it had a fear of its own shadow.

41. Alexander was pronounced King on the spot shortly after his father died.

42. Olympias, his mother contributively poisoned Alexander’s half-sister Europa and her mother Cleopatra Eurydice as a means of eliminating any threats to her son’s kingship.

43. By the time he was 16, Alexander had passed the two Macedonian tests of manhood: killing a boar and killing a man in battle.

44. When he burnt down the city of Thebes, he had spared their temples and the historic home of Pindar the Poet.

45. He had once managed to make an army surrender without a fight.

46. He solved the Gordian Knot by slashing it with his sword. This knot held a prophecy that whoever unties it will rule over all of Asia.

47. There were two failed plots to kill Alexander, after which he made sure to kill the plotters to prevent a recurrence.

48. The death of Alexander’s best friend Hephaestion contributed to his megalomania and paranoia.

49. Even on his deathbed, Alexander was planning for future campaigns and conquests.

50. Alexander and his best friend Hephaestion had a sexual relationship in their youth.

51. Alexandria is the most notable city establishment by Alexander the Great that prospered.

52. Alexander was greatly admired by various Roman generals, including Pompey, Julius Caesar, and Emperor Augustus, such that they had relatively adopted his haircut, his dress style, and his seal respectively.

53. ‘The Alexander Romance’ was a written compilation of stories about the romantic escapades of Alexander.

54. When Persia was defeated, Alexander’s 50,000-man army was unmatched by the mighty cavalry of king Darius who commanded a total army of more than 2 million men.

55. He did not have much of an army of men, but his troops were fiercely loyal and skilled.

56. Alexander suffered multiple wounds during his lifetime; the most severe was during his Indian campaign where he had his lung pierced by an arrow.

57. Alexander was impetuous and too trusting in his subordinates who let him down.

58. He did not invest enough time and energy in the peaceful administration of his empire.

59. He had no low opinion of himself as he believed he was a direct descendant of several gods and in fact, one of the sons of Zeus.

60. Alexander had a thing for consulting oracles which would usually confirm that his actions enjoyed divine approval.

61. Olympia, Alexander’s mother saw Alexander as a key weapon in her struggle with his father Philip, and as an instrument to not just be another of Philip’s wives, but eventually the mother of the Macedonian King.

Hope you enjoyed these facts About Alexander The Great, Please leave a comment and share with your family and friends. Do you know that Caesar’s family claimed to be descended from the gods? Check out more 61 Interesting Julius Caesar Facts