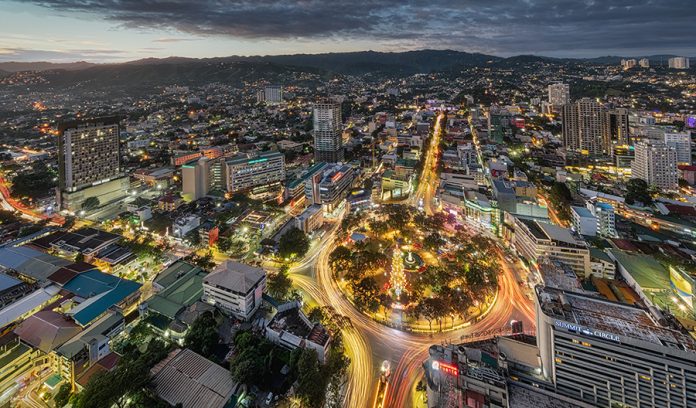 Do you know that the oldest school in the Philippines known as the University of San Carlos is in Cebu City? Read further to discover more interesting facts and history about Cebu City.

1. Colon Street, which is located in Cebu City, and is named after Christopher Columbus, is the oldest street in the Philippines.

2. Founded by Miguel Lopez de Legazpi in 1565 as a Spanish colony, Cebu City is the oldest city in the Philippines.

3. Since Cebu City is the mother of all cities in the Philippines, the oldest school in the country known as the University of San Carlos is located there.

4. During World War 2, Cebu city was also involved in the war, as it served as the fighting grounds for the Battle of Cebu City, which lasted from March 26 to April 8, 1945.

9. After Metro Manila, Cebu Metropolitan Area or Metro Cebu is the second-largest metropolitan area in the Philippines.

10. Located on Mactan island, the second busiest airport in the Philippines is the Mactan–Cebu International Airport.

11. Cebu is one of the most developed metropolitan areas in the Philippines and is a global hub for shipping, furniture-making, heavy industry, business processing, and tourism.

12. The population of the Cebu Metropolitan area is made up of young people, with 37 percent of the population below 10 years.

13. The Cebuano language makes up 93 percent of the languages in Cebu, Tagalog 2 percent, Other Visayan languages 5 percent, and others 1 percent.

14. The first church that was built in the Philippines named The Basílica Menor del Santo Niño is in Cebu.

16. The Cebu Metropolitan Area was the one that hosted the 12th ASEAN Summit in 2007.

17. Cebu was called the birthplace of Christianity in the Philippines by Pope John Paul II, in his Homily for Families in Cebu.

18. Because of its central geographic location, accessibility, and natural resources, Cebu is considered the tourist gateway to the Central and Southern Philippines.

19. The Philippines ranks the 5th largest shipbuilding country in the world because of the shipbuilding industry in Cebu.

21. The real estate industry is the fastest-growing sector in Cebu with a revenue growth rate of 18.8 percent in 2012.

24. Fort San Pedro in Cebu was used as a barracks by the American forces during World War 2.

25. Cebu City is recognized by the British Council as the Creative Capital of the Philippines.

26. Cebu is considered the main education hub and the city has about eleven large universities each with a number of colleges.

27. The Sinulog Festival is the largest fiesta in the Philippines, and it is in honor of the Child Jesus (Santo Niño), the Protector of Cebu.

28. The biggest outdoor dance party in the Philippines, known as Life Dance was introduced in Cebu in 2012.

30. Another airport in Cebu known as the Cebu Pacific Air was named the world’s number one airline in terms of growth in 2008.

33. Cebu City joined the UNESCO Creative Cities Network as a City of Design in 2019.

35. There are a lot of economic activities going on in the city port, the Port of Cebu is the second largest port in the Philippines.

37. About 70,000 metric tons of deadweight (DWT) and double-hulled fast craft are manufactured in the shipping companies of Cebu.

38. The world-famous Museo Sugbo and Casa Gorordo Museum are located in Cebu.

39. Over 80% of the country’s island vessels traveling on domestic routes are housed at Cebu.

40. The only public library in the whole of Cebu is the Cebu City Public Library and Information Center.

41. One of the most popular estate plans in Cebu is the South Road Properties (SRP), which is a 300-hectare (740-acre) prime property development project.

42. More than half of the power that Cebu gets is from the interconnection grid with the Leyte Geothermal Power Plant.

43. The Cebu Doctors’ University is the only private school in the country that was granted a university status without a designated basic education.

44. Cebu once had its own railway system, but it was heavily damaged during the Second World War.

45. Most Cebuanos call refrigerators as frigider because of a popular brand of refrigerator in the United States during the early 20th century known as Frigidaire.

46. The first high-rise building that Cebu ever had also included a revolving restaurant.

48. The citizens of this metropolitan area, Cebuanos, are considered the first Filipinos.

49. The Fort San Pedro in Cebu is the oldest and smallest fort in the Philippines.

50. The first Philippine president from the Visayas, Sergio Osmeña, Sr, was from the metropolitan area of Cebu.

51. In terms of political activity, the number of voters that voted during the 2019 election was approximately 709,608 voters.

52. The largest archdiocese in the Philippines and in Asia is The Roman Catholic Archdiocese of Cebu.

53. Cebu city was part of the island-rajahnate and trade center of Pulua Yang Dayang, before the arrival of the Spaniards.

54. The first explorer that came to Cebu was Ferdinand Magellan on the 7th of April, 1521, and was sent by the Spanish Crown.

55. Before the Spanish colonization, the last person that ruled Cebu was Rajah Tupas.

58. The military general headquarters of the Philippine Commonwealth Army was in Cebu during the second World War.

59. Cebu along with the rest of the Philippine Islands, came under the American government after the signing of the Treaty of Paris at the end of the Spanish–American War.

60. Cebu played an important role in the days leading up to the 1986 People Power revolution and the removal of Marcos.

61. Some of the cities in Cebu are independent of Cebu Province such as Cebu City whose electorate does not vote for provincial officials.

Hope you enjoyed these Interesting facts about Cebu City, leave a comment and share with friends and family. Do you know that the shortest flight in the world takes just 57 seconds to be completed?  Check out more 61 Surprising and Extraordinary World Facts.