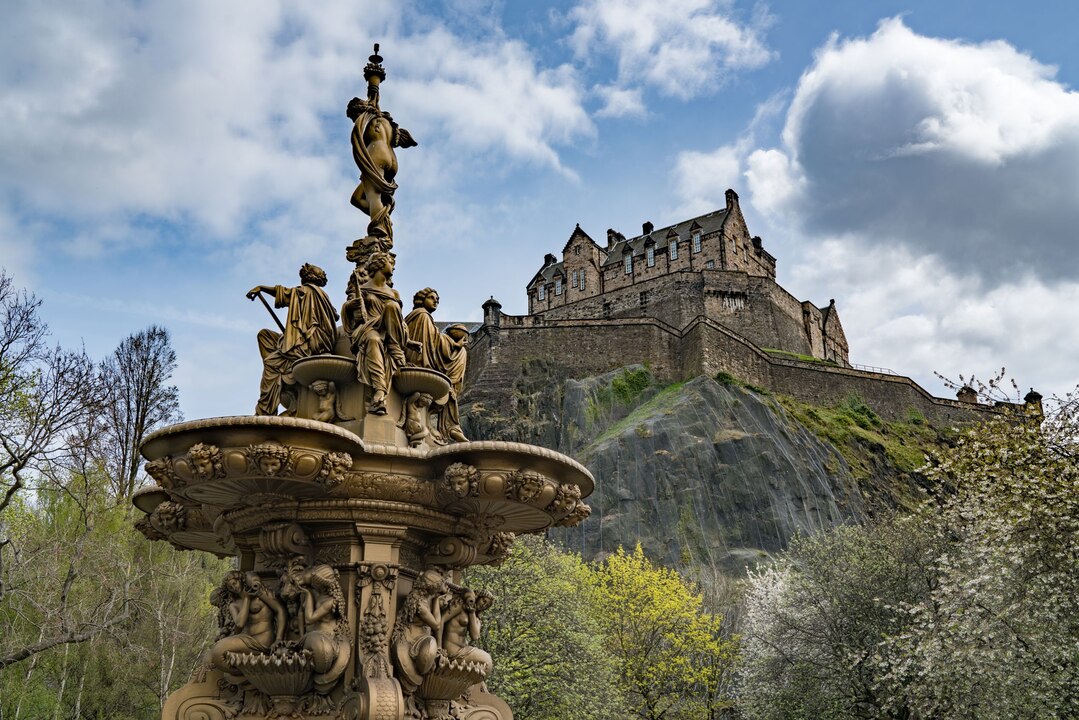 Edinburgh is the capital city of Scotland and is among the 32 council areas of the country. With its population, Edinburgh is the second-most populous city in Scotland and the seventh-most populous city in the United Kingdom. The city has undergone a lot of problems and wars and has grown from being a city that had one of the dirtiest sewers, to becoming one of the most visited cities in the world. Do you know that the Covenanters Prison which is located in Edinburgh is one of the first concentration centers in the world? Continue reading to uncover more fascinating and informative facts about Edinburgh that will surprise you.

1. According to archaeologists, human remains in the area of Cramond that have been dated to 8,500 BC have been discovered.

3. According to the Research Excellence Framework, the Heriot-Watt University of Edinburgh ranked overall in the Top 25% of UK universities.

4. Edinburgh has been recognized as the capital of Scotland since at least the 15th century and is the seat of the government of Scotland.

5. The Palace of Holyroodhouse which is the official residence of the monarch in Scotland is located in Edinburgh.

6. With more than 4,500 buildings, Edinburgh has more surviving listed buildings than any other city in the world.

7. The Flodden Wall of Edinburgh was built in the past to prevent English armies from entering into the city after the Flodden battle.

8. In the 1770s, Edinburgh was known as ‘Auld Reekie’ because the city declined into a cesspit of crime and disease.

9. Before Calton Hill became one of the famous tourist attractions in Edinburgh, it was used to prepare for a possible English invasion.

10. The National Monument was dedicated to the soldiers and sailors that died in the Napoleonic Wars and was built from 1826 to 1829.

11. Edinburgh New Town design is based on the Union Jack flag, although some parts were modified.

12. With a length of about thirty-five kilometers, Edinburgh has the biggest electrical blanket in the world.

13. The Scottish crown jewels which were lost for about 100 years were found at Edinburgh’s Castle in 1818.

14. The Covenanters Prison which is located in Edinburgh is one of the first concentration centers in the world.

15. JK Rowling, the author of Harry Potter, wrote the major part of the book in Edinburgh.

16. The Prince’s street gardens in Edinburgh have undergone a lot of changes and used to be the dirtiest sewers in Europe.

17. Alexander Graham Bell is known for inventing the telephone and other things from Edinburgh.

18. Edinburgh is one of the most haunted cities in the world with places such as the Covenanters Prison, Tolbooth Tavern, and Bloody MacKenzie.

19. In all the cities in the United Kingdom, Edinburgh is the second-largest financial center.

20. Because of Edinburgh’s historical and cultural attractions, the city is the second-most visited tourist destination in the United Kingdom attracting 4.9 million visits each year.

21. The venue of the General Assembly of the Church of Scotland is located at Edinburgh.

23. In the QS World University Rankings for 2022, The University of Edinburgh, founded in 1582 ranks sixteenth.

24. There are UNESCO World Heritage Sites in this city which includes both the Old Town and New Town.

25. The world’s largest annual international arts festival known as the Fringe is celebrated at Edinburgh, together with the Edinburgh International Festival.

27. The Global Infrastructure Partners purchased Edinburgh’s Airport in 2012 for £807 million.

28. In terms of research impact, the Heriot-Watt University in Edinburgh ranks first in Scotland.

30. Apart from the capital of England, London, Edinburgh has the strongest economy of any city in the United Kingdom.

31. About 43 percent of the population hold a degree-level or professional qualification, making it tbr city with the highest percentage of professionals in the UK.

32. Edinburgh is the most competitive large city in the United Kingdom according to the Center for International Competitiveness.

33. Measuring about £57,594 in 2010, Edinburgh has the highest gross value added per employee of any city in the United Kingdom.

38. After London, Edinburgh hosts the most international visitors in the United Kingdom with about 2.4 million visitors in 2018.

39. For over 300 years, banking has been a major part of Edinburgh’s economy and the Bank of Scotland was established there in 1695.

40. Tourism is a major part of Edinburgh’s economy and with tourists visiting attractions like Edinburgh Castle, the Palace of Holyroodhouse and the Old and New Towns, tourism generates about £100 million for their economy.

41. With firms like Scottish Widows and Standard Life Aberdeen, Edinburgh ranks fourth in Europe in terms of equity assets.

42. The most-visited tourist attraction in Scotland is Edinburgh’s Castle and brings in more than 2 million visitors each year.

43. There are more historic multi-floor tenements in Edinburgh than any other city in the world.

44. Edinburgh is headquarters to many international banks and financial institutions such as Sainsbury’s Bank, Tesco Bank, and TSB Bank.

45. Before the 20th century, the major industries that made up Edinburgh’s economy were publishing, printing, brewing and insurance.

46. Despite the money that the economy of Edinburgh generates, about 22.4% of children live in poverty and a shortage of housing.

47. The University of Edinburgh is one of the oldest universities in the country and ranks fourth among the oldest in Scotland.

48. The International University of the Year which is awarded by The Times has been won by Heriot-Watt University.

49. The prestigious Queen Margaret University was once located in Edinburgh before it was moved outside Edinburgh’s boundary in 2008.

50. The busiest airport in Scotland is Edinburgh’s airport and is the principal international gateway to the capital.

51. In 2019, Lothian Buses, which is the major way of going around the city, recorded 124.2 million passenger journeys.

52. The second biggest station in terms of the number of platforms and area size is the Edinburgh Waverley.

53. Edinburgh’s Castle was the location of the infamous ‘Black Dinner’ murders in 1440.

54. Despite the diverse transportation methods that Edinburgh has, it has been named the most congested city in the UK for the fourth year running.

55. The Royal High School in Edinburgh is one of the oldest high schools in Scotland and the whole world.

56. The Edinburgh Central Mosque is the largest Islamic place of worship in Scotland.

57. The most prominent Church in Scotland is the St Giles Church located in Edinburgh that was dedicated in 1243.

58. The Heart of Midlothian and Hibernian which are football clubs in the city hosts one of the oldest derby matches in world football.

59. The Edinburgh Academicals ground was where the world’s first international rugby game was played.

60. Edinburgh Castle has more than 1100 year history and is one of the most besieged fortresses in the world.

Hope you enjoyed these Interesting facts About Edinburgh, leave a comment and share with friends and family. Do you know that the shortest flight in the world takes just 57 seconds to be completed?  Check out more 61 Surprising and Extraordinary World Facts.