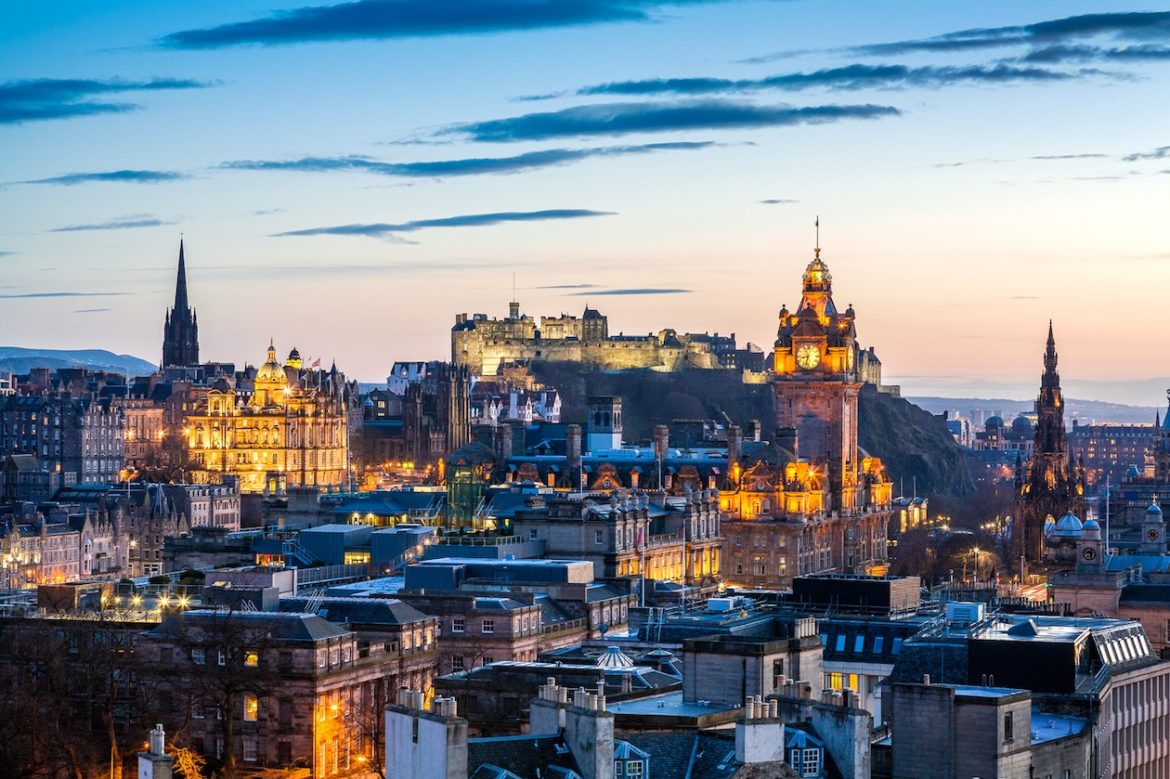 Edinburgh (pronounced Edin-bruh) is the capital city of Scotland, a state in the United Kingdom. Old, mysterious, and fascinating, Edinburgh is one of Europe’s most beautiful capitals. Do you know that Edinburgh Zoo is home to a knighted penguin?

Fascinating right?  Get ready to discover some crazy and intriguing fun facts about the ancient city of Edinburgh!

1. Edinburgh has been the capital of Scotland since the 15th century.

2. The city is the seat of the Scottish Government, Parliament, and the highest courts in Scotland.

4. The city’s Palace of Holyrood is the official residence of the British monarchy in Scotland.

5. The city is made up of two towns; the medieval ‘Old Town’ and the neoclassical ‘New Town’.

6. Edinburgh’s Old Town and New Town are UNESCO World Heritage Sites, with over 4,500 listed buildings in them.

8. Edinburgh Zoo is home to a knighted penguin, Sir Nils Olav III, who happens to be the Colonel-in-Chief and mascot of the Norwegian Royal Guard.

9. Edinburgh Zoo is the only zoo in the UK that houses Koalas and Giant Pandas.

10. There are many statues dedicated to famous animals and people throughout Edinburgh, but all of these statues are either men or animals.

11. In fact, there are only two female statues in the whole of Edinburgh, one of Queen Victoria and one of the community campaigners Helen Crummy.

14. The world’s first skyscrapers were built in Edinburgh, tenements up to 14 stories high.

15. Edinburgh is the only city in the world to have a dog, ‘Greyfriars Bobby’ on the list of citizens given the Freedom of the City.

16. The lack of a sewerage system back then in the city meant that people would throw all their garbage and waste in the streets for the rain to wash it all away.

17. Edinburgers used to never leave the city. They were born, lived, and died within the city walls, never knowing anything else.

18. In 1706, the Treaty of the Union merging the kingdoms of Scotland and England was signed to form The United Kingdom.

19. For hundreds of years, the poor and the wealthy of Edinburgh shared the same nasty living conditions. They had no electricity, no running water, or even lavatories.

20. The building of New Town was necessitated in order to retain the wealthy people who wanted to leave Edinburgh for London in search of greener pastures.

21. Edinburgh’s New Town is over 200 years old and not as recent as it sounds.

22. Encyclopedia Britannica, the oldest English-language general encyclopedia was first published in 1768 in Edinburgh.

23. Edinburgh’s Waverley Station is the only train station in the world that is named after a novel.

24. Before taxis and cars were banned from driving into the roofed Waverley, air pollution inside it was measured at seven times higher than the safety limits.

25. Since 1902, The Balmoral Hotel clock tower at Waverly has been set to run 3 minutes faster than normal, in order for passengers to be able to catch their train on time.

26. The vibrant and happening city of Edinburgh has a deep dark past. Witch hunts, gruesome murders, lakes filled with dead bodies, Edinburgh had it all.

27. As a result of the aforementioned, Edinburgh is one of the most haunted ghost cities in the world.

28. The city has a nickname, ‘Auld Reekie’ (Old Smoky) which was given to the city in the era when a lot of coal and wood was burnt, and from a distance, the city would appear to be sitting in a cloud of smoke.

30. With 32 parks and more than 650,000 trees, Edinburgh has more trees per person than any other city in the UK, even more than London.

31. The Harry Potter book series written by J.K. Rowling, was born and filmed in different locations across the city of Edinburgh.

34. Anesthetics were first used in Edinburgh in 1847, by Sir James Young Simpson, a Scottish obstetrician, who used his own body to test the efficiency of chloroform as a means of relieving pain.

35. Chloroform as an anesthetic became widespread in 1853 when Queen Victoria took it for the birth of Prince Leopold.

36. Edinburgh’s Fringe Festival which was first organized in 1947, is the world’s largest arts festival. It is held every August and spans the course of 25 days.

37. According to Wikipedia, Edinburgh’s Fringe Festival sells more tickets than any other event except for the Olympics and FIFA World Cup.

38. According to the Guinness World Records, Elaine Davidson, the world’s most pierced woman with more than 9,000 piercings lives in Edinburgh.

39. Held in Edinburgh’s Usher Hall, the city hosted the 1972 Eurovision Song Contest when Monaco was unable to provide a suitable venue to host the event.

40. Charles Dickens invented the book character of Scrooge when he misread the tombstone of the Edinburgh merchant Ebenezer Scroggie, which read ‘Mealman’ but was interpreted by Dickens as ‘Meanman’.

41. The murders of bodysnatcher William Burke, killing 16 people and selling them as cadavers for dissections in Universities, is famous in the history of Edinburgh.

42. Burke’s dissection after he was hung in 1829 was the best-attended lecture in the history of Edinburgh’s medical school.

43. Edinburgh residents in the 17th century believed that rubbing the burnt ashes of dove’s droppings on their heads would cure baldness.

44. Now associated with its abundance of pubs, Rose Street in the 18th century was home to over 100 brothels.

45. Just like Edinburgh castle, several castles in the city sit still on a rock caused by volcanic eruptions from hundreds of million years ago.

46. One of the most important strongholds in Scotland, the Edinburgh Castle has been under siege 26 times, making it one of Great Britain’s most besieged castles.

47. The first king of Great Britain James I (a Scottish king James VI) was born in the Edinburgh castle.

48. Like Rome and Moscow, Edinburgh is also standing on seven hills.

49. About 13 million tourists visit Edinburgh every year to see and feel the serenading beauties and wonders of the city.

50. Royal Mile, the most famous street in Edinburgh, was the favorite street for walks for Scottish and English monarchs.

51. The Scottish Crown Jewels that were used for the coronation of Queen Mary, were hidden in 1707 for protection and were forgotten for over 100 years until later discovered in 1818 in Edinburgh Castle.

52. The Stone of Destiny, an important ceremonial symbol in Scotland is housed in Edinburgh Castle.

53. One creepy fact about Edinburgh is that the now green area known as Princes Street Gardens was once a lake turned sewer, and dumping ground for dead bodies. Its name was Nor loch.

54. It is believed that at least 300 witch trials were undertaken in the very polluted, Nor Loch.

55. In the 16th and 18th centuries in Edinburgh, people suspected to be a witch were tied up in the shape of a cross and thrown into Nor Loch. If they survived, they were guilty and would be sentenced to death; and if they died in the water, they will be deemed innocent.

56. Edinburgh’s electric blanket of 35km long, is the longest there is in the world. It was installed beneath the roads in 1955 to prevent the roads from freezing during winter.

57. Greyfriars Kirkyard, a cemetery that is home to the imaginary Harry Potter characters that were brought to life by J.K Rowling, is one of the most haunted places in the world.

58. The initial estimates for the cost of the construction of the new Scottish parliament building were between £10 and £40 million but they ended up spending £414 million on it.

59. Edinburgh Castle has always been a military base for the Scottish and the British army, which is why it is the Union Jack flag flying on top of the castle and not the Scottish flag.

60. Alexander Graham Bell who is known for inventing the first telephone was born in Edinburgh.

61. In 2016, 74.4% of Edinburgh voted against the ‘Brexit referendum’ which required the British people to vote if they wanted to stay or leave the European Union.