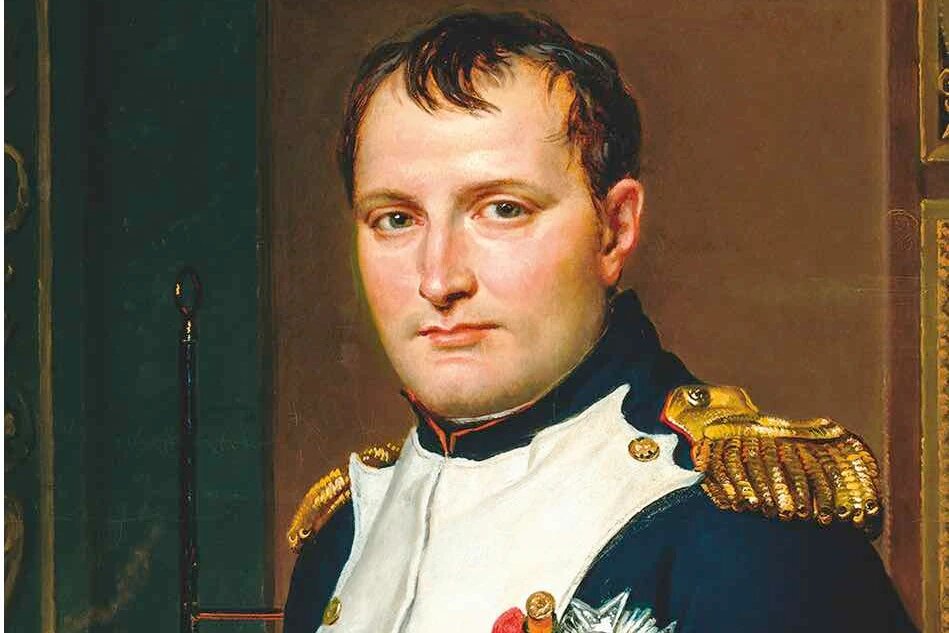 Do you know that Napoleon’s penis is currently located in New Jersey? Fascinating right? We have conducted extensive research and put together some of the most interesting and surprising facts about the life and rule of this historic great leader, Napoleon Bonaparte, also known as Napoleon I.

Keep reading as we are going to unveil some of the fascinating stories about Napoleon that you might have not known before now.

2. Contrary to what many people think, Napoleon was not a French man; he was a Corsican, of Italian origin.

3. He was born into the French revolution, a year after Corsica became a French territory.

4. He was born and raised as a Catholic and was baptized under the name Napoleone.

5. His birth name was “Napoleone di Buonaparte” before he changed it to sound more French.

6. His mother was a very firm disciplinarian who had helped shape his tough and almost unbearable attitude.

7. His mother birthed 13 children, with only 7 of them surviving. Napoleon eventually made sure to place all his siblings in positions of wealth and affluence.

8. Even though he graduated 42nd in a class of 58 students, he earned the distinction of being the first Corsican to graduate from École Militaire.

9. Napoleon became an officer in the French army at 16 years old.

10. He was often bullied by his peers because of his accent, birthplace, short stature, and inability to speak French quickly.

11. He was actually 5’7ft tall, an average male height at the time and his “shortness” was only propaganda used by the British that is still believed today.

12. He was an exceptional military commander, fought over 70 battles, and was only defeated in 8.

13. His military antics turned France into the greatest military power in Europe.

15. He actually saved France from the chaos of the French revolution.

16. He established the Napoleonic code which recognized principles of civil liberty and the equality of men before the law and to date, it remains the basis of civil law in France, Belgium, and some other French colonies.

17. Louisiana is the only US state to base its legal system on French law crafted by Napoleon.

18. Even though he was born Catholic, he didn’t have a strong personal faith or religion.

19. He reconciled the French and the Catholic church when the French church was removed from the papal authority during the French revolution.

20. He gave Jewish citizens of France, full rights and said, “…because to me the Jews are the same as any other citizen in our country”.

21. The French revolution ended monarchical rule in France but Napoleon brought it back, had himself proclaimed Emperor, showered his family with wealth and privileges, presided over the court, infringed on the rights of women, and created a new greedy nobility.

22. He lived in the Chateau de Fontainebleau, a home luxurious enough and fit for a King.

23. He kept Europe at war for 15 years which resulted in an estimated death of 6 million people, looting and ruined cities, and lots of homeless people.

24. He left France diminished, bankrupt, and exhausted by war.

25. He was responsible for the massacre of over 4000 prisoners of war at Jaffa (which is present-day Egypt).

26. He served as a great inspiration to artists, musicians, and writers for over 200 years.

27. He was rude and bossy towards women who did not conform to his expectations, was particularly vexed by women who stepped into men’s roles, and would usually insult a man by likening him to a woman.

28. He was never good at playing cards or any game at all and he would often cheat in order to win.

29. He was superstitious and he did not like people who regarded superstition as a weakness.

30. He had so many characteristics, behaviors, and physical traits that were fairly out of the regular.

31. He spoke French with a Corsican accent and never learned to write French properly.

32. He described his head as a tidy closet that “do not mix together…or inconvenience me”

33. To help win Egypt, Napoleon considered converting himself and his army to Islam but decided against it because the French troops wouldn’t stand for abstinence from alcohol.

34. He had developed a military code which was a method of communication that would not require light or sound known as ‘Night Writing’, but it proved too difficult for his troops to learn.

35. Night Writing was later adopted as the basis for braille.

36. He was engaged to Desiree Clary, future Queen of Sweden when he met Josephine his first wife, broke off the engagement, and married Josephine a few months after he met her.

37. He was the second husband to Josephine and she was 6 years older than he was, which prompted them to forge their age on the marriage certificate.

38. He was infatuated with Josephine a lot, as could be seen in the letters he wrote to her from the battlefield.

40. Napoleon had a son, Napoleon II, from his “loveless” second marriage to the Duchess of Parma, Marie Louise, who died at the early age of 21.

41. His favorite lieutenant, Marshal Michel Ney, was granted permission at his execution to order the firing squad to fire. Ney told his men, “Wait for the order. It will be my last to you.”

42. Napoleon’s penis is currently located in New Jersey. It was removed from his body by the doctor performing his autopsy and was smuggled by a priest.

43. He was on one occasion, a romance novelist, and wrote the novella titled, “Clisson et Eugénie”.

Do you know that Caesar’s family claimed to be descended from the gods? Explore 61 Interesting Julius Caesar Facts.

44. He also considered himself a scientist, and was elected membership to the National Institute, the foremost scientific society in post-Revolutionary France, in 1797.

45. The Rosetta Stone which is now held in the British Museum, London, was discovered by Napoleon and his soldiers during the Egyptian campaign in 1799.

46. Although he was a baptized Catholic, his own writings indicate that he later began to question Catholicism and the existence of God.

47. He wore poison around his neck so that he could use it if he was ever defeated. When he finally used it in 1814, it had lost its strength and only made him painfully ill.

48. He had attempted suicide while still at Fontainebleau, shortly before his exile in Elba.

49. He liked to sing when he was agitated and it irritated his listeners because he lacked melody.

50. Spending only 6 days in Malta, he was able to create a public finance system, nominated 12 judges, abolished slavery and feudal privileges, and established a public education system.

51. One of the largest paintings in the Louvre Museum, is the painting of Napoleon’s consecration as Emperor and the coronation of his wife Josephine as Empress.

52. He made the bicorn hat famous by wearing it sideways as a means of showing solidarity, even though the hat was meant to be worn from front to back.

53. He was finally defeated at the Battle of Waterloo by the Duke of Wellington.

54. He went into exile twice. First, in Elba and finally on an island called St Helena.

55. The British took extreme caution in securing St. Helena. It was guarded by some 2800 men armed with 500 cannons, and the seas around it were constantly patrolled by a Royal Navy squadron consisting of 11 ships.

56. Nicholas Girod, the fifth mayor of New Orleans, who was an avid supporter of Napoleon, renovated a home that he claimed would be Napoleon’s residence after an intended escape from St Helena.

57. When Napoleon died later that same year, Girod moved his own family into the building, but even to date, it is still known as ‘Napoleon House’.

59. His abdication to St Helena restored the Bourbon dynasty to France.

60. His direct lineage ended after the death of Napoleon II but to date, descendants of the Bonaparte family still live on.

61. British prime minister, Lord Rosebery said this about him, “…he was wrecked by the extravagance of his own genius. No fewer powers than those which had effected his rise could have achieved his fall”.