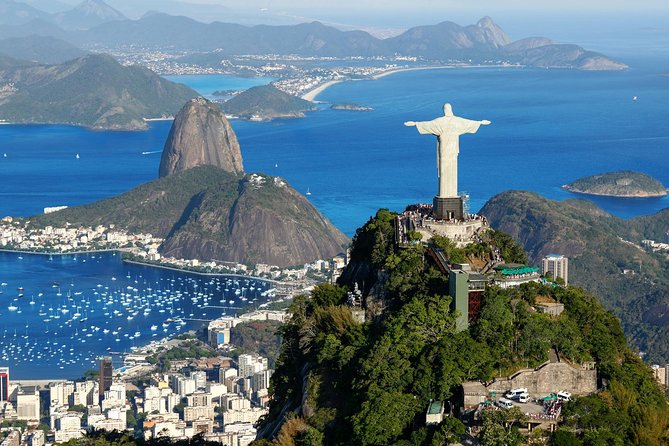 Rio de Janeiro, also called ‘Rio’, is a seaside city situated in the country of Brazil. Largely considered the cultural capital of Brazil, Rio is one of the most beautiful and alluring places in the world.

Do you know that you can’t flush toilet paper down the toilets in Rio? Surprising, isn’t it? Well, there is a lot more to uncover about this magical city of natural beauty. These fascinating facts about Rio de Janeiro will surely catch your fancy.

1. The English translation of the city’s poetic name, Rio de Janeiro is, “River of January”

2. Rio de Janeiro is a city with more than 200 rivers running through it.

3. With a population of over 6.5 million inhabitants, Rio is Brazil’s second-largest metropolitan city after Sau Paulo.

4. Legend has it that its first settlers, Portuguese navigators, had named the city “Rio de Janeiro”, mistaking the bay as the mouth of a big river.

5. The slums in Rio are known as “favelas” and there are about 1000 of them, Rocinha favela, is the largest one.

6. The natives of Rio are known as ‘Cariocas’, and almost one-fourth of them live in the favelas.

7. The indigenous ‘Samba’ music style of Brazilians, was created by African slaves who lived in the favelas in Rio.

8. There are over 200 samba schools in Rio, with most of them located in favelas. They also do give free education to the local people who aren’t able to afford it.

9. According to a survey done in 2006 by a 27-year-old TV researcher, Anya Hohnbaum, Rio happens to be the scientifically proven city with the world’s bluest sky!

11. Between 1808 and 1833, Rio housed the Royal Court of Portugal, which had fled from Napoleon Bonaparte.

12. When the French captured Rio in 1711, the Portuguese were forced to negotiate for its return and thus paid a ransom in order to get Rio back.

13. Rio was also once the capital of Portugal, making it the only European capital outside of Europe.

14. Rio’s economy is the second-largest in Brazil, behind São Paulo, and the 30th largest in the world.

15. The city is also known for hosting the biggest football match audience in the world, the 1950 World Cup Final.

16. Rio is home to the “Christ the Redeemer” statue, which is the fifth largest Jesus statue and the largest Art Deco statue in the world.

17. Known as a national symbol and major tourist attraction in Rio, the Christ the Redeemer statue was inaugurated in 1931 as a tribute to Rio’s 100th anniversary.

18. ‘Guanabara Bay’ in Rio, also known as ‘The Harbor of Rio de Janeiro’, was created naturally by erosion from the Atlantic Ocean.

19. With its 256 square mile surface, 53 beaches, and more than one hundred islands, the Guanabara Bay, the second biggest in Brazil, runs through 15 different cities in the city.

20. Street art is legal in Rio and thus legalizing street art and graffiti turned the already vibrant city of Rio into an even more colorful, living art gallery.

21. A ‘National Graffiti Day’ is held in Rio de Janeiro on March 27th.

22. Rio de Janeiro Carnaval is the largest carnival party in the world, usually lasting for five days with over two million people per day on the streets.

23. The second-largest celebration in Rio next to the Carnaval is the New Year celebration held every 31st December, at Copacabana Beach.

24. One of Rio’s tourist attractions is the rock peak of Sugarloaf, towering 1,299ft above the harbor, and known worldwide for its cableway and panoramic views of the city.

25. The cable car system known as the ‘Sugarloaf Cable Car’ was built by climbers who, one by one, climbed the mountain, bringing all the equipment in their backpacks.

26. The city of Rio is credited to have been featured in several films such as the 1979 James Bond movie, Rio 2, The Simpsons, and many others.

27. The Maracanã, a football stadium in Rio which was opened in 1950 to host the FIFA World Cup, is the largest stadium in Brazil and the second in South America.

28. The city has a long history as a host of major international sports events and Olympics to its credit.

29. Rio hosted the largest ever concert when Rod Stewart played to an estimated 3.5 million people on Copacabana beach in 1994.

30. Tijuca National Park is a tropical rainforest in Rio which is known to be the world’s second-largest urban forest.

31. The city of Rio de Janeiro is nicknamed the ‘Cidade Maravilhosa’, which means the ‘Marvelous city’.

32. Rio also has the oldest running electric tramway in the world known as the Santa Teresa Tram or Bondinho.

33. The city of Rio even has a bird named after it; its name is ‘Rio de Janeiro Antwren’.

34. Rio de Janeiro is the most awarded destination by the World Travel Awards in the South American category of “best destination”.

36. Rio de Janeiro’s Theatro Municipal is home to one of the largest stages in Latin America and one of Brazil’s best-known venues for opera, ballet, and classical music.

37. The stars on Brazil’s flag depict the night sky as seen from Rio on November 15, 1889, the day Brazil declared itself a republic.

38. Rio is the LGBTQ+ capital of Brazil as over 14% of the population has declared themselves as non-heterosexual.

39. If you don’t know a few key phrases in Portuguese, you’ll have a hard time getting around in Rio as Portuguese is the official language spoken in the city.

40. The city of Rio is so large that it will take about 40 hours by bus or 10 hours by car to get from one side of the city to the other.

42. Unlike in America where you have the bus stopping for you, you’ll often have to call for a bus if you want a ride, else the buses in Rio might not stop unless you raise your hand.

43. Since there’s not a lot of variety in food in the city, rice and beans are usually very common in restaurants in Rio.

44. Coffee is a big part of the culture of the Brazilians, so cakes, bread, desserts, and other foods often have coffee as the main ingredient.

45. One of the best ways to experience Rio like a native is through an “Airbnb”, a growing service that offers affordable accommodation to tourists.

46. Copacabana and Ipanema are not just beaches in Rio, but they are busy suburban areas composed of high-rise buildings, apartments, shops, and many other things.

47. The Portuguese word “gringos” is a Brazilian’s casual way of referring to foreigners in Rio and it does not mean any insult.

48. The majority religion in Rio is Catholic Christianity.

49. Christianity is a major part of Brazilian culture and the basis for many traditions, attractions, and events in the state and the country at large.

50. For instance, the Rio de Janeiro Carnaval takes place just before Lent, the Catholic custom of giving up something for 40 days just like Christ did.

51. Sidewalks and pavements in Rio have QR codes, such that when you scan the QR codes with your phone, you can get more tourist information.

52. There is a mythical figure by name King Momo, who is known in Rio to symbolize “the rule of party and freedom over reason.”

53. Rio’s National library is the documentary heritage of Brazil and is considered to be one of the ten largest national libraries in the world and the largest in Latin America.

54. Rio de Janeiro is the home of the invention of 3 sports, namely: Footvolley, Altinha, and Frescoball.

55. More than one million enslaved people landed on the Valongo pier in Rio, during its 20 years of slave trading, making the site the largest slave port in the world.

56. The Valongo pier received the title of World Heritage Site by UNESCO in 2017 for being the only material trace of the arrival of enslaved Africans in the Americas.

57. Rio has a large proportion of state-sanctioned violence. In 2019 alone, police killed an average of five people each day in the state.

58. ‘The Central do Brazil’s clock, is the fourth largest four-sided analog clock in the world and even bigger than the famous England clock, London’s Big Ben.

59. Terra Encantada used to be a US$200m-worth theme park in Rio but was forced to close due to a series of accidents, strikes, and violent street fights that happened.

60. Prostitution and paying for intercourse are not illegal in Rio.

61. Jose Padilha had this to say about the city: “In Rio de Janeiro, every cop has to make a choice. He either turns dirty, keeps his mouth shut, or goes to war”.