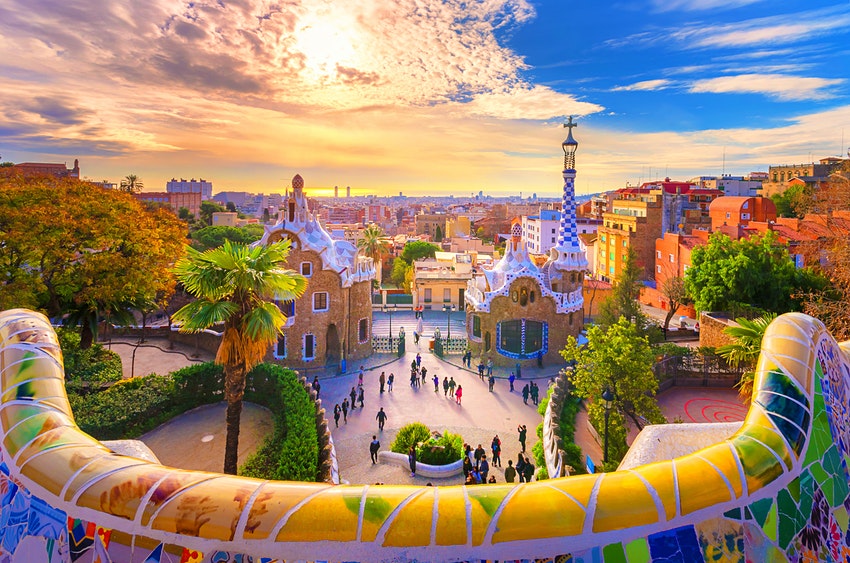 Interesting and Fascinating Facts About Barcelona

Barcelona is a city that is known for its rich history, traditions, cultures, and most especially its buildings and architecture. The history of Barcelona can be traced back to more than 5000 BC and this city has grown to become one of the most visited cities in the world. Do you know that Barcelona is the only city with a museum for funeral carriages? Keep reading to explore some of the most interesting and fascinating facts about Barcelona that you probably may not know before now.

1. The population of people in Barcelona is about 5 million and it ranks 5th after Paris, the Ruhr area, Madrid, and Milan as the most populous urban area in the European Union.

2. In the city of Barcelona, there are still some structures that come from the Roman Empire that are still standing in Barcelona.

3. Barcelona has one of the most delicious foods in the world with about 20 restaurants that have been starred by Michelin.

4. If you are a biking enthusiast, Barcelona is one of the best places to be as it has about 180km bike lanes and currently ranks 11th in the 2015 Copenhagenize Index.

5. Among the theories of the founders of Barcelona, one states that Hercules, together with his brother Hermès.

6. Smoking weed in Barcelona is totally legal, although it follows strict rules and about half of the 700 cannabis clubs in Spain are in Barcelona.

7. One of the world’s notables, Pablo Picasso spent a major part of his youth in Barcelona and attended the prestigious art academy, La Llotja.

8. The world-famous Chupa Chups lollipop was first produced in Barcelona by the founder, Enric Bernat.

9. One of the oldest and most successful football clubs in the whole world is located in Barcelona in the name of FC Barcelona which was established in 1899.

10. If you want to get a bird’s eye view of Barcelona, then the best place to be is at the Tibidabo mountain which is about 512 meters above sea level.

12. There are about 12 abandoned metro stations where tourists that visit Barcelona go ghost hunting.

13. Barcelona is known for fascinating things and it is the first city in the world to receive a royal gold medal for architecture in 1999.

14. Barcelona has its own version of Valentine’s Day and it is celebrated on the 23rd of April every year and people share books and roses on that day.

15. There are two official languages in Barcelona and there are Spanish and Catalonia (Catalonia is a distinct form of Spanish).

16. Because of the ruins that have been found dating earlier than 5000 BC, Barcelona is older than Rome.

17. Although there is no war that is ongoing in Barcelona, the city has a lot of air rase shelters, with over 1500 bomb shelters.

18. The beaches in Barcelona are all artificial and they only came into existence when Barcelona was to host the 1992 Olympic games.

19. Barcelona has a lot of things that some European cities don’t and it is the first city to have a beach ice bar in the world.

20. The person who built the Eiffel Tower, Gustave Eiffel, once proposed to build the tower in Barcelona, but his proposal was rejected by the government.

21. Barcelona has one of the worst drivers in the world and a lot of accidents happen almost every 19 seconds.

22. Barcelona has one of the busiest ports in the world and the port has about 7 international terminals, with over 2.7 million passengers every year.

23. Unlike many megacities, Barcelona is very Eco-friendly and has about 68 green spaces and parks and also more fresh air than some cities.

24. Because of the history, culture, and architectural designs in Barcelona, there are about 8 million tourists every year.

25. The most famous birthday in Barcelona is the Fiestas de La Mercè which is held in honor of Virgen de La Merce, the city’s saint, and protector.

26. Unlike some other cities in Spain, the citizens of Barcelona prefer their own traditional dance to the famous Flamenco.

27. Because they consider it a violent sport, bullfighting is banned in Barcelona but other cities in Spain practice it.

28. Islam was once the dominant religion in Barcelona but as of 2015, the majority of the people in Barcelona consider themselves Roman Catholics.

29. Gaudi was not the original architect of the magnificent La Sagrada Familia and the first person that was appointed to do the job was Architect Francisco de Paula del Villar.

30. The climate of Barcelona is that of the Mediterranean, with warm, dry summers and mild winters.

31. Barcelona is one of the few cities in the world that is friendly towards the LGBTQ associations and their festivals are even celebrated.

32. One of the days that Barcelona also celebrates as valentine, the 23rd of April is also the world’s book day, as dubbed by UNESCO.

33. One of the most supercomputers in the world, The MareNostrum 4, is in Barcelona and is kept in The Barcelona Supercomputing Center.

35. One of the biggest aquariums in Europe is in Barcelona, the Port Vell, which houses about 8,000 fish and 11 sharks.

36. The street that is considered as the most walked by pedestrians is in Barcelona, the Portal de l’Àngel, and about 3500 people walk through it every hour.

37. There are only about 3 museums dedicated to shoes in the world and one of them is Barcelona, named The Museu del Calçat.

38. What gave birth to the word “meter” was when French astronomers made use of Barcelona to calculate the North Pole.

39. Barcelona is the only city with a museum for funeral carriages named The Museu de Carrosses Funebres.

40. One of the most famous architects in Barcelona, Antoni Gaudi was killed after being hit down by a trolley at the age of 73.

41. During the time of the Romans, Barcelona was once a Roman city that was known as Barcino.

42. In the past, Barcelona once had a city within the city underground and it was discovered in 1930.

43. The tomb of Barcelona’s famous architect, Antoni Gaudi is located in one of his masterpieces, La Sagrada Familia.

44. The oldest synagogue in the whole of Europe is located in Barcelona and it is an underground building and it was constructed to face Israel.

45. Barcelona was not the beautiful city that it is today, it started to prosper when it made judicious use of the money that was given to it to host the 1992 Olympics games.

46. Although many people think they are, Monk Parakeets (a species of bird) are not native to Barcelona.

47. Eulalia, who was a 13 years old girl, the co-patron Saint of Barcelona along with Merce.

48. The largest football stadium in the home of Europe is located in Barcelona, the Camp Nou, which is the official stadium of FC Barcelona.

49. The largest metropolitan park in the world is in Barcelona, named the Parc de Collserola.

50. Barcelona is the first city in the world to gain the “Biosphere World Class Destination” certification.

51. Portal de la Pau Square is where the Christopher Columbus monument stands in commemoration of the explorer’s announcement of the discovery of America in Barcelona.

52. The city has about 9 UNESCO-protected monuments, including the Palau de la Música Catalana.

53. Barcelona was a city that was heavily fortified and did not spread much beyond its medieval confines until the 19th century.

55. The annual rainfall that Barcelona receives every year is about 23 inches (600 mm).

56. The place that is considered the social heart of Barcelona is La Rambla.

57. The Music Palace that is Barcelona, was designated a UNESCO World Heritage site in 1997.

58. Barcelona has about 9 UNESCO sites, but 7 among those 9 are the works of Gaudi’s and Jujol’s.

59. La Sagrada Familia which is in Barcelona took more time to build than the Egyptian Pyramids

60. Park Güell is actually a failed housing project that was originally designed by Antoni Gaudi and Eusebi Güell and it was made a UNESCO World Heritage Site in 1984.

Hope you enjoyed the facts about Barcelona, please leave a comment and share with family and friends.  Do you know that the number of dogs in Paris is higher than the number of children? Check out 61 Fascinating Facts about France and Paris