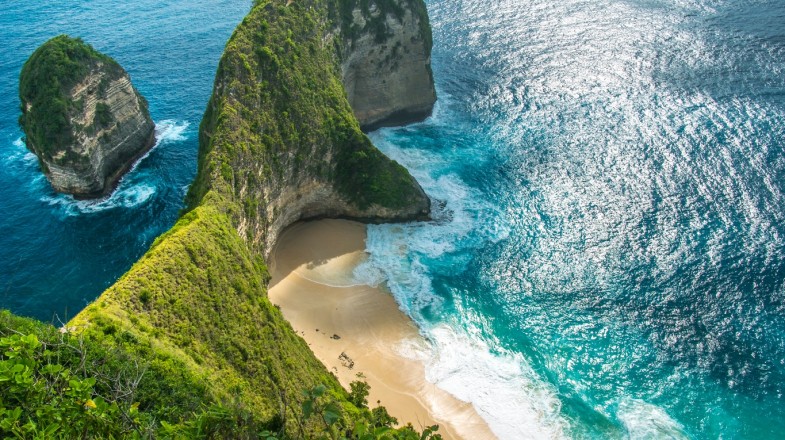 Interesting and Fun about Bali Indonesia

Bali is an island city that is located in Indonesia. Bali is known for its extraordinary excellence in art by producing different works in sculpture, painting, and carving. The city is also known for its numerous temples and festivals. Do you know that Balinese calendar is made up of 210 days in a year? We have carefully complied the following interesting facts for your reading pleasure.

1. In Bali, babies are not allowed to touch the ground before three months old because they are considered sacred to do so at that age.

2. There are about 700 long-tailed macaques in Bali that often steal food and other belongings from unsuspecting people.

3. Although the Dutch East Indies was officially founded in 1816, Bali wasn’t part of it until it was invaded in 1906.

4. During World War 2 the Empire of Japan was occupying the whole of Bali until Indonesia declared independence.

5. The local liquor that is drunk in Bali called Arak can sometimes be deadly and cause methanol poisoning.

6. There is a day in Bali that is celebrated as the day of silence called Nyepi. People are expected to fast and close down their business for 24 hours.

7. The seasons in Bali are pretty simple, it has just dry and wet seasons. The dry season runs from April to October while the wet season is November to March.

8. The highest peak in Bali is Mount Agung which is also an active volcano with an eruption in 2017.

9. In all the cities in Indonesia, Bali is the only city in the country that has about 85% of its residents practicing the religion.

10. In Bali, there is a coffee that is made up of the coffee beans that is in civet (civets is a kind of cat weasel creature) poop.

12. The irrigation system that Bali has is more than 1000 years old and it is called Subak and it is now a UNESCO World Heritage Site.

13. In Bali, one dynasty has never ruled the city, rather it is made up of a confederation of different royal households that was about 10 in number.

14. The beaches that are on the north and west of Bali are known to have black sands.

15. Bali Is Nicknamed Pulau Dewata which when translated in English means Island of the gods.

16. Bali has a big issue of plastic waste as Indonesia contributes about 10% of all the plastic wastes in the world. There was even a time in 2017 that a garbage emergency was declared.

17. Tourism is about 80% of what makes the economy of Bali and this helps to put it in a position as one of the wealthiest regions in Indonesia.

18. David Bowie, an English songwriter, demanded that after his death, his ashes should be spread all over Bali.

19. Bali is always celebrating one festival or the other and one of them is the Tooth-filling which is a coming of age ceremony.

20. In Bali, there are hundreds upon hundreds of Spa, and this makes it have one of the highest spas to people ratios in the world that offers crazy hair treatments, hot stone therapy, eco retreats, and hand massage.

21. Bali is home to the Bali myna, which is endangered with about less than 100 in the wild.

22. Bali once had a species of tiger called the Bali tiger, but it went extinct in the 1950s due to mass shootings.

23. The Balinese calendar is very different from the one that we use, it is made up of 210 days instead of the 365 days that are used worldwide.

24. There’s a whole lot of abandoned airplanes in the city of Bali, there’s a Boeing 737 in South Kuta, there’s another near Pandawa Beach, and other places.

25. In Bali, you will see that weirdest naming pattern, the people of Bali name their kids according to the order of birth. Wayan, Made, Nyoman, and Ketut are the order of all the baby names in Bali.

26. The local coffee of Bali is one of the most expensive coffees in the world, with one costing about $50.

27. There is a belief in Bali that when a child is born, he or she has four guardian angels that protect them.

28. Under the National Health Insurance Program, the Balinese priests are paid by the government of Indonesia.

29. The coral triangle is the name of the place that Bali is located because it is surrounded by the waters of Indonesia, Malaysia, Mauritius, and other island nations present in the region.

30. Bali is known for its welcoming nature and even before Indonesia opened its doors to relations abroad, Bali was already open to strangers.

32. The Bamboo Chocolate Factory is one of the tourist destinations in Bali, which is a wooden structure made of bamboo that offers visitors different kinds of chocolate.

33. There are also different species of Dolphins in Bali, in North Bali, there are about 5 known Dolphins.

34. Bali is also known for the many temples that it has, no wonder it is known as the Island of the gods. Bali has about 20,000 temples in the city.

35. The ice in Bali is government regulated and the quality of the ice is also regulated by the government.

36. There are what is called malevolent spirits in Bali and the people use a screen known as Aling Aling to keep them out since there are considered evil.

37. For vegans who seek to travel to Bali, Ubud is the vegan heaven of this city with vegetarian, vegan, and raw food cafes and restaurants abound.

38. In Bali, it is rude to have your toes pointing to the Altar, have an uncovered wound, or stand higher than the priest in the temple.

39. Pura Goa Lawah is one of Bali’s nine sacred temples that is home to thousands of bats that live in a cave.

41. In Bali, North is sometimes regarded as South, for instance, if you are north of Mount Agung and ask where north is, you will almost definitely be directed to the mountain – south of where you stand.

42. In terms of size, Bali is not all that large and can even be classified as small with its 2200 square miles.

44. There is what is known as the Bali Penjor, which is a tall decorative pool that is seen at Balinese homes during some religious celebrations.

45. Road accidents occur in Bali all the time and one has to be very careful while using the roads as about 700 people die due to road accidents in the city every year.

46. There’s a temple in Bali known as the Tirta Empul where you can bathe with holy water.

47. Bali has been existing since many years ago as its existence can be traced to 2000 BC.

48. A lot of Hollywood movies such as the classic Julia Roberts movie Eat, Pray, Love, are shot in Bali towns due to their beauty and the scene it presents.

49. Food is very cheap in Bali and sometimes to get food such as the vegie warungs won’t cost more than $2.

50. Australians have been known to be perpetual tourists of Bali, with over one million Australians traveling to the city every year.

51. Bali is one of the places that every surfer dreams of due to its near-perfect water for the sport and you can even get the chance to play with dolphins.

52. The people of Bali are known to love pets and can even keep alligators, cattle, and fighter cocks as pets.

53. Geographically, Bali is a mountainous extension of the central mountain chain of Java.

54. There is a giant tree in Bali known as banyan trees that are held sacred by the Balinese.

55. The caste system exists in Bali, although it is not as severe as that of India. The lower caste is much more in number than the lower caste.

56. The reason why Hinduism is prevalent in Bali is that when Islam triumphed over Hinduism in Java in the 16th century, many Hindu nobles, priests, and intellectuals sought refuge in Bali.

57. Although the upper-class form contains many Javanese and Sanskrit words, the Balinese language is distinct from that of eastern Java.

58. About one-fourth of the farm in Bali is irrigated and the average farm is about 2.5 acres (1 hectare).

59. In Bali, the citizens have a huge interest in betting and a larger part of their bets is centered on cockfighting.

60. It was in the year 1906 that the Dutch attacked Denpasar in Bali, massacred about 3,600 Balinese, and then captured the whole island.

61. It was in the year 1343 that Bali came under the rule of the Majapahit empire of eastern Java.

Do you know that  Importing and smuggling chewing gum is illegal in Singapore? Check out 61 Fascinating And Fun Facts About Singapore