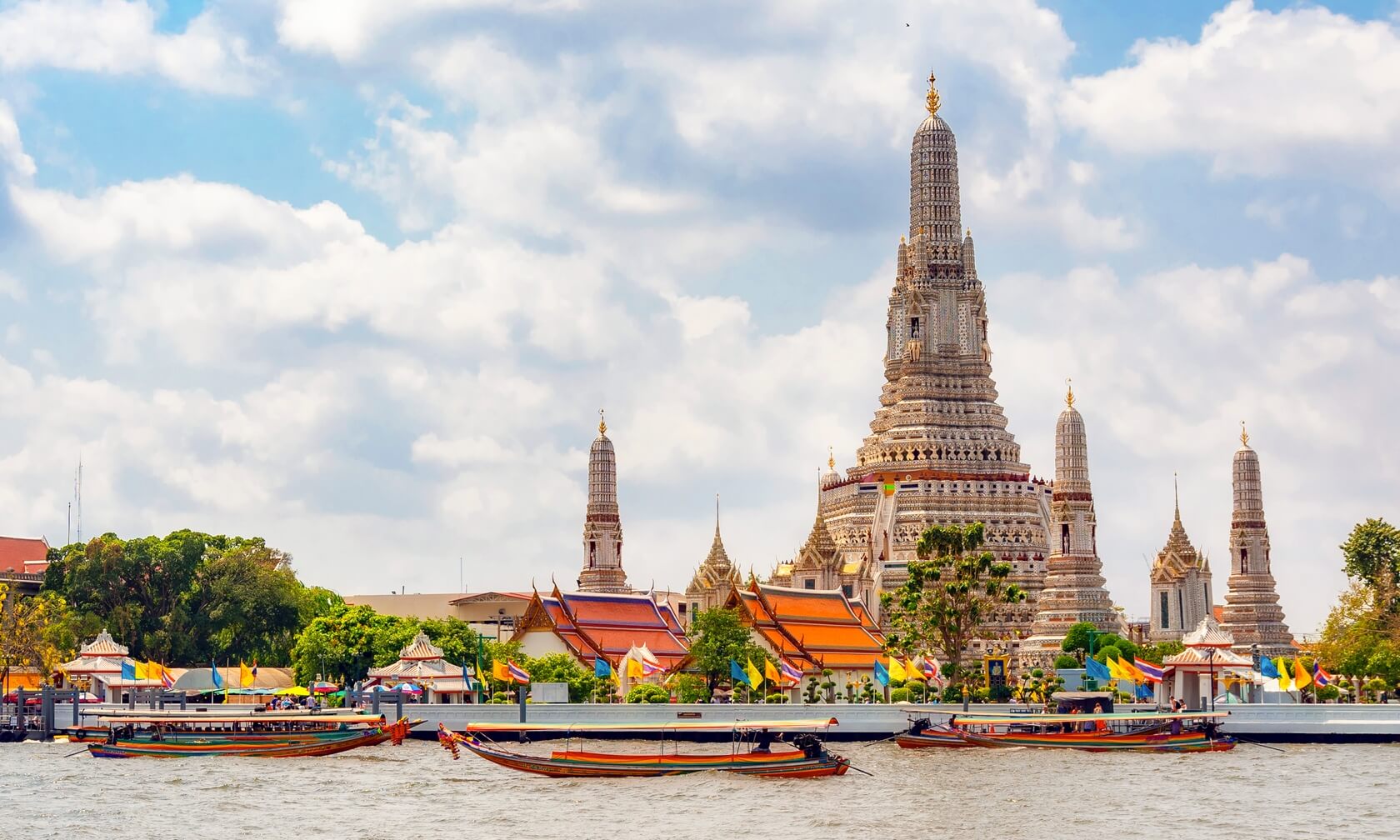 Bangkok is the capital of Thailand and it has a lot of temples and ancient sites for visitors to visit. Bangkok is noisy, colorful, and crowded to be and it served as a gateway to other parts of Thailand. There are so many cultural and historical attractions in the city for tourists. We have selectively complied these fun facts to will help you know and appreciate Bangkok more.

1. Wat Pho is south of the grand palace and it is excellent for palace tours. It is a trample that was built by King Rama I.

2. The Grand Palace is a royal palace that was built in 1812 and was a hike to Wat Phra and is a major tourist attraction.

3. Wat Arun is a tourist attraction that dates back to the time of ancient battles between the former Siam and Burma.

4. Wat Traimit is also known as the temple of the golden Budha that dates back to the Sukhothai period.

5. The Giant Swing of Bangkok is a place that every tourist wants to visit that was damaged by lightning and is now just decorative.

6. Wat Suthat is one of the most beautiful temples in Bangkok. It was built by three kings and started in 1782.

8. Shopping by boat at the floating market of Damnoen Saduak in Bangkok is what most tourists enjoy doing.

9. The location of Bangkok is about 25 miles away from the Gulf of Thailand, on the delta of the river Chao Phraya.

10. In Bangkok, the climate is usually hot throughout the year. At the height of the hot season, the temperature can go up to 30°C.

11. The mean annual rainfall of Bangkok is 60 inches and the rainy season ranges from May to September.

12. Most of the houses in Bangkok consist of small, detached one- or two-story wooden houses or row houses.

13. In Bangkok, the dry season lasts from December to February, and the mean relative humidity each month varies from a low of 60% in the cold season to about 80% in the rainy season.

14. In Bangkok, Bang Kapi is perhaps the most affluent neighborhood where the elites live.

15. It was on Ayutthaya that Bangkok was originally modeled on since it was the former capital.

16. Bangkok became the capital of Thailand in 1782 when General Chao Phraya took over the throne.

17. Bangkok, the capital of Thailand was once divided into two municipalities which were Krung Thep on the east bank and Thon Buri on the west.

18. Constitutional monarchy has existed in Bangkok since 1932.

19. Bangkok, the capital of Thailand was bombed by the Allied forces during World War 2.

20. The history of Bangkok dates back to the 14th century and was initially made of farming and fishing settlements.

21. Burmese armies once invaded Bangkok in 1767 until they were repelled.

22. It was during the 19th century that the western traders and missionaries increased in number.

23. The 20th century saw a lot of changes in Bangkok and some of the notable ones were the change of the name of Thailand, from Siam to Thailand it bears today.

24. In 2006, a coup occurred in Bangkok and the controversial Thaksin Shinawatra was ousted from power.

25. The seventies in Bangkok was very traumatic as there were many student revolts.

26. A series of junta governments came into existence during the Vietnam War which was aided by the US government.

27. King Rama loved European architecture and this led to him leaving structures with European designs.

29. General Chao Phraya of Bangkok was the one that founded the ruling Chakri Dynasty.

30. The grand palace of Bangkok is a royal residence that was founded in the eighteenth century.

31. The grand palace is built of Thai architecture and it spans about 200,000 square meters

32. The construction of the grand palace started in 1782 by King Rama I and more work was done on it by other kings.

33. The royal family and the government no longer made use of the grand palace as their home in 1925.

34. The grand palace of Bangkok is now one of the most popular tourist destinations in Bangkok.

35. The grand palace of Bangkok now houses the famous Chapel of the Emerald Buddha where tourists visit all the time.

36. The Dusit Maha Prasat throne is one of the least altered structures in the grand palace of Bangkok.

37. The floating market of Bangkok is usually used as a tourist trap with many souvenirs and foods.

38. The floating market of Bangkok is mostly used to travel and sell and buy goods.

39. The Chao Phraya river of Bangkok is usually the spot for the floating markets.

40. The floating market consists of both local and international goods and traders.

42. As a tourist, touring these floating markets can cost you about 15 US dollars.

43. The Amphawa Floating Market is regarded as the second most popular floating market in Bangkok.

44. Capella is one of the most prominent hotels in Bangkok that offers one of the best services.

45. The setting of this hotel is built on the history and culture of Bangkok.

46. Almost everything in Capella hotel is handcrafted and this makes it expensive.

47. The Capella hotel allows you to have a view of the Chao Phraya River from the Living Room.

48. Capella also gives its visitors the opportunity to have private meditation sessions.

50. Rosewood is a luxury hotel that is located along Ploenchit Road, which is inside the central business district of Bangkok.

51. The Rosewood hotel has about 158 guestrooms, three restaurants, and conference rooms.

52. The Rosewood hotel was designed by Kohn Pedersen Fox and Celia Chu Design Associates made the interior designs.

54. Rende Development is the owner of the Rosewood hotel.

56. The chief architect of this hotel was Tandem Architects and it was opened to the public on 31st March 2019.

57. Conrad is another luxury hotel that is located in the commercial center of Bangkok.

58. The hotel has about 391 guest rooms that are built with luxury and innovative technology.

59. Kids below a certain age are allowed to stay at the hotel with their guardians for free.

60. The hotel has facial treatment facilities and conference rooms.

61. The hotel is also made of sports equipment for enthusiasts such as outdoor pools, sauna, and other fitness rooms.

Do you know that the number of dogs in Paris is higher than the number of children?  Explore more 61 Fascinating Facts about France and Paris