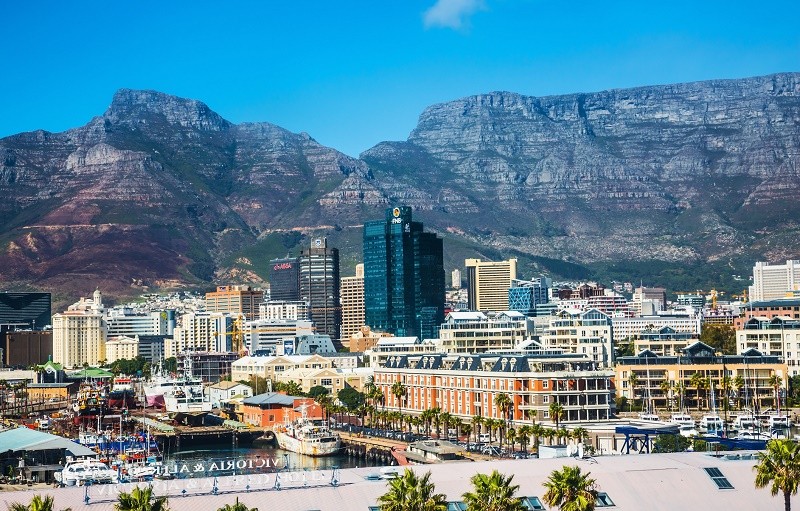 Cape Town as one of the major cities of South Africa contributes a lot to the technological, sports, agricultural, and economic development of the country. It is the second-largest city after Johannesburg and the oldest city in South Africa. Do you know that the first heart transplant that was performed in the world was performed in Capetown?  Keep reading to uncover some interesting facts about the beautiful city of Capetown.

2. Capetown is one of the capitals that South Africa has; Capetown is the legislative capital.

3. The first cableway that was built on Table Mountain was in 1929 and it gives a 360° view of the city of Cape Town.

4. There are two UNESCO Heritage Sites in Capetown which are Robben Island and Cape Floristic Region which were established in 1999 and 2004 respectively.

5. Some parts of Capetown are partially built over water and this part is known as the Cape Town Foreshore Plan.

6. The oldest colonial building in South Africa is in Capetown and was built in the 17th century and is known as the Castle of Good Hope.

8. The world’s biggest individually timed cycle race which started in 1978 is known as the Cape Town Cycle Tour.

9. The only commercial nuclear power plant that the continent of Africa has is located in Capetown.

11. The reason why Capetown is known as the legislative capital of South Africa is that the parliamentary seat of the country is located there.

12. 66 percent of the population of the western cape has their residence in Capetown.

13. The International Council of Societies of Industrial Design awarded Capetown a World Design Capital in 2014.

14. Capetown was the city that hosted the Rugby World Cup that was held in 1995.

15. The company that pioneered the development of Capetown was the Dutch East India Company (VOC).

16. The city that was awarded the best place to visit in the world by the New York Times and the Daily Telegraph was Capetown in 2014.

17. The famous FIFA world cup that was held in 2010 was hosted by this South African capital.

18. It was until the development of Johannesburg that Capetown lost its place as South Africa’s largest city.

19. The city that will be hosting the Netball World Cup of 2023 is Capetown.

20. Archaeologists have found out the earliest known remnant of human activity in Capetown was about 15,000 to 20,000 years ago.

21. Capetown was once known as the Cape of Good Hope, a name given to it by John II of Portugal.

23. Capetown was once known as the Coloured labor preference area during the apartheid system of government.

24. It was in the Robben Island of Capetown that many famous anti-apartheid activists were imprisoned.

25. The place where Nelson Mandela made his first public speech after his imprisonment was in the Capetown Town City Hall in 1990.

27. Capetown has the same latitude as Sydney and Buenos Aires, which is located at 33.55° S.

30. For nearly four hundred years, the Robben Island of Capetown has been used as a prison where people were isolated, banished, and exiled.

31. The total annual rainfall of Capetown averages 515 millimeters, which is about 20.3 inches.

32. The highest number of high-priced mansions in Capetown is located in Cape Bay with mansions costing an average of $US1.8 million.

33. The climate of Capetown is that of the warm Mediterranean and it has a warm summer, with a wet winter.

34. There is a lot of sunshine in Capetown, as there are about 3,100 hours of sunshine per year in the city.

36. There are a lot of plant species in Table Mountain, with about 2200 species of plants.

37. Capetown is a city of South Africa that has one of the highest levels of biodiversity of any equivalent area on earth.

38. There are about 19 different vegetation types that are found in the city of Capetown.

39. Just as this city has many plant species, it also has the highest concentration of threatened species of any continental area of equal size on earth.

40. In the 2019 iNaturalist City Nature Challenge, Capetown came first position in two categories of the competition.

41. The largest naval base in South Africa is located on Simon’s Town Harbor.

43. The highest concentration of multimillionaires in this city is located in Cape Bay.

44. The second-largest hospital in South Africa and the largest in Capetown is the Tygerberg Hospital.

45. The largest place where the African penguins are found in large numbers is Boulders Beach.

46. The government of Capetown is made up of a 231-member city council.

47. The mayor of Capetown known as Geordin Hill-Lewis was the candidate of The Democratic Alliance party.

48. Capetown is the third main economic hub city in Africa and the second in South Africa.

50. The four major contributors to the growth of Capetown’s economy are the finance, retail, real estate, food, and beverage industries.

51. The economy of Capetown contributes about 9.6% of the GDP of South Africa.

52. A lot of people are employed in Capetown, with about 11.1% of the country’s working class in this city.

53. In Africa, Capetown has the highest number of successful information technology companies.

54. Capetown was awarded the most entrepreneurial city in South Africa.

55. The technology industry of Capetown is worth around R77 billion as of 2010.

56. The largest listed company that is headquartered in Cape Town is Naspers.

57. Capetown is the African headquarters of the e-commerce giant, Amazon.

59. The official team that represents Capetown in cricket is the Cape Cobras.

60. Capetown came third in the cities that were nominated to host the 2004 Summer Olympics.

61. The largest full-service mountain bike stage race on earth is that of The Absa Cape Epic.

Hope you enjoyed these Interesting Cape Town Facts, leave a comment and share them with friends and family.  Do you know that the number of dogs in Paris is higher than the number of children? Check out more details about this and checkout 61 Fascinating Facts about France and Paris