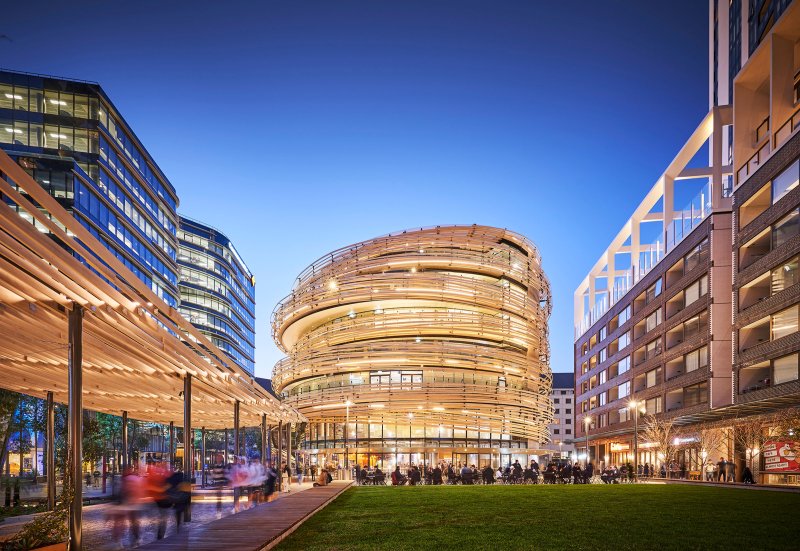 Interesting and Fun Facts About Sydney

Sydney is one of those cities that one should try to visit, at least once in a lifetime because of its beautiful scenery and rich history and culture. It is the largest and busiest city that Australia has and also it is the economical center of the continent. Sydney has evolved over the years and there are many places to visit while you are in this city. Do you know that about 96 railway train engines were used to test Sydney Harbour Bridge? Keep reading to find out why and to uncover more fascinating and surprising facts about this fantastic city.

1. Sydney is one of the cities in the world that has a medium population, with a population of about 5 million people as of 2019.

2. The cost of living in Sydney can be quite expensive as it ranks as the twelfth most expensive city in the world.

3. It is normal to say that Sydney is the heart of Australia as about 65% of the financial industry of Australia is located in this city.

4. Sydney is one of those cities that has a lot of people that are not from the city living in it, with over 31% of the population born overseas.

5. The oldest house that is in Sydney has a name and is Cadman’s Cottage, it was built in 1816 and is located in the neighborhood of the rock.

7. Some parts of famous movies like the Matrix Series, Independence Day, The Great Gatsby, were shot in this city.

9. A lot of foreign students visit this city a lot more than any other place in the world, with over 100 thousand students coming to the country to study every year.

10. The three major industries that offer employment in the city are manufacturing, retail trade, and health care.

11. Sydney is a place for beach enthusiasts, with over 100 beaches within the city limits and some of them include Bondi and Coogee.

12. The Harbour that Sydney has is a natural Harbour that is the world’s deepest with about 500,000 megaliters of water.

13. There is what is called the Sydney fish largest market of its kind in the Southern Hemisphere and the 3rd largest in the world.

14. The opera house that Sydney has is cooled from the seawater that is taken from the harbor of Sydney.

15. The length of Sydney is about twice that of New York, with about 1580km from end to end.

16. One of the most dangerous spiders on earth is the Sydney funnel-web spider whose bite can be fatal in as little as fifteen minutes.

17. The name Sydney was derived from that of a British secretary, although it was originally named New Albion by Captain Arthur Phillips.

18. The first set of people that lived in Sydney was the Australian aboriginals before it was colonized.

19. The biggest sport that is followed by the residents of Sydney is not football as some people think, rather it is rugby.

20. The Olympics games that were hosted in 2000, considered one of the best Olympic games was hosted in Sydney.

21. The City 2 Surf event that is held in Sydney is one of Australia’s foot races, with over 80, 000 participants running about 14km.

22. The oldest continuous sailing regatta in the world is Sydney’s Australia day regatta(a regatta is a series of boat races).

23. The first European penal colony that ever existed in Sydney was established in 1788 after the British fleet arrived with British convicts with them for resettlement.

24. During the initial time that the British ex-convicts arrived, they treated the original inhabitants of Sydney in a barbaric way, often rewarding for killing them.

25. The oldest street in the whole of Australia is the iconic George Street that is located in Sydney.

26. The oldest hotel in Sydney is the Lord Nelson Brewery Hotel which was established in 1841 and has continued to serve its customers.

27. The first bank that ever existed in Australia was established in Sydney in 1817 and is still in existence as Banking Giant Westpac.

29. The first railway line that opened in Sydney, ran from Parramatta to Redfern and was built in 1855.

30. Ferries have been one of the oldest and most important means of transportation in Sydney, it has been used since 1875 and carries about 14 million people each year.

31. There was a rule that Sydney was known as Sin City because of the increasing number of crimes that existed in the city in the 1920s.

32. It was a convict and an architect that brought up the idea of a bridge that crosses over the tree Sydney Harbour in 1815 and was opened in 1932.

33. The Sydney Harbour Bridge is the tallest steel arch bridge and the widest span bridge in the world.

34. The Sydney opera house was commissioned as a UNESCO World Heritage Site in 2007.

35. The budget that was originally kept to construct the Sydney opera house was $7 million, but the cost exceeded $102 as it was completed.

37. The Easybeats and Richard Clapton are some of the bands that began their careers in this city.

38. About 96 railway train engines were used to test if the Sydney Harbour Bridge can withstand the load that it was meant to carry.

39. The oldest public building in the Sydney Central Business District is the Sydney Mint which was built from 1811 to 1816.

40. The Sydney Tower was once the tallest building in Australia in 1981, but it’s still the second tallest freestanding structure in Australia.

41. Living in Sydney can be expensive and Point Piper, which is a street in Sydney, is the 9th most expensive street in the world at $20,900 per sq meter.

42. Accessible only by a boat on a low tide the smallest beach that Sydney has is the Mckell beach.

43. The biggest burger that has been made in the world was made in a Cafe in Sydney, called Ambrosia On The Spot.

44. The Blue Mountains area is a UNESCO World Heritage Site because 13 percent of the known species of eucalyptus around the world are found there.

45. Australia’s biggest free Christmas concert is the Carols in the Domain which has been in existence since 1982.

46. The largest outdoor sculpture exhibit that is held in Australia, Sculpture By The Sea began in 1996 at one of Sydney’s Beach, Bondi Beach.

47. The postcode of Sydney is 2000 and it is the same number as the year that the city hosted the Olympics games.

48. The grand organ that is in Sydney’s opera is the largest mechanical tracker-action pipe organ in the world, which took about 10 years to build and has 10,154 pipes.

49. Australia’s oldest natural history museum was opened in Sydney in 1857 and is named the Australian Museum.

50. The oldest newspaper in Australia is The Sydney Morning Herald which has been in existence since 1831.

51. The oldest University in Australia which was established in 1850 is the University of Sydney.

52. The first person that performed in the Sydney Opera House was a bass singer and actor, Paul Robeson, who sang to the construction workers.

53. The final Olympia bodybuilding title that Arnold Schwarzenegger won was at the Sydney Opera House Concert Hall in 1980.

54. The National Institute of Dramatic Art that Judy Davis, Mel Gibson, and Cate Blanchett attended, is based in Sydney.

55. Because of temperature changes, the top of the Sydney Harbour Bridge arch rises and falls about 7 inches.

56. Paul Hogan, an Australian celebrity, was once one of the workforces that worked on the Sydney Harbour Bridge.

57. For producing the longest line of pizzas at 221 meters, Sydney was in the Guinness Books of Records.

58. In Sydney, the aging rate of people there is 65 years in one out of eight people.

59. Francis Greenway, who was a convicted forger, was on the first Australian 10 dollar bill.

60. The main languages that are spoken in Sydney are Vietnamese, Greek, Arabic, Cantonese, Mandarin, and English.

61. Sydney Harbour tunnel cost a whopping sum of money to complete $738million in 1992 but it is said to save about 13 million liters of fuel every year.