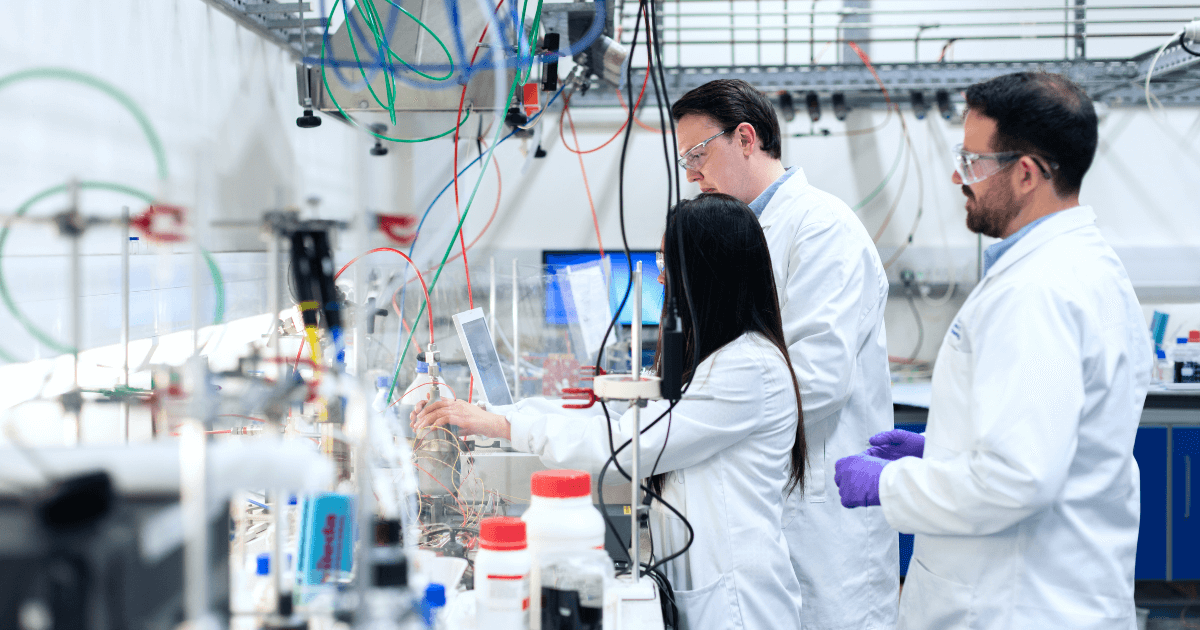 While some scientific theories can be explained easily some go beyond our reasoning and in the article below we will be exploring some shocking scientific facts that will blow your mind like never before;

2. Interestingly, the Eiffel Tower can expand up to 15cm in height due to thermal expansion.

3. The Amazon rainforest contributes up to 20% of the earth’s oxygen by absorbing a large proportion of the planet’s carbon dioxide through photosynthesis.

4. Metallic elements such as potassium, sodium, lithium, rubidium, and caesium are so reactive in nature that they get oxidized almost immediately when exposed to air and can even explode when thrown into the water.

5. Sounds scary but scientist projections suggest that in the next 2 billion years, life might cease to exist on earth due to the increased temperature of the sun which will eventually dry up all oceans and turn the earth into a desert.

6. Polar bears are built differently as they are geniuses at conserving heat due to thick blubber under their skin which makes them highly undetectable via infrared cameras.

8. Unlike other planets, Venus move in a clockwise direction due to the high level of gigantic asteroids on the planet.

9. Sounds weird but the human body contains up to ten times more bacteria than the human cells. Although, the bacteria in the human body are highly invaluable as they help us harness energy and nutrients from our food likewise helping us fighting diseases and germs.

10. Interestingly, an average human being that lives up to 80 years and above would have walked about five times around the earth.

11. Despite being called Killer Whales, Orcas belong to the largest family of Dolphins due to the presence of echolocation of which only the dolphins possess.

12. While humans have their ears visibly on either side of their heads, Grasshoppers’ eardrums can be found in their bellies.

14. When at absolute zero, a gaseous element known as Helium turns into a liquid that flows without friction.

15. Unlike humans, Octopuses have blue blood, three hearts, and nine brains. Their blood is blue due to the presence of Cyanoglobin and the majority of their neurons are on their arms.

16. Sounds strange but a particular theory known as the Mbempa effect suggests that hot water will freeze faster than cold water.

17. Space is extremely silent because no form of sound can travel through it.

20. The Black Hole is non-receptive to any form of life. It’s really bad such that even light can’t survive the black hole.

21. The major force behind the ocean wave and tides is the ever-changing gravitational pull from the moon and the sun.

22. Contrary to opinions, the highest mountain on the planet is called Vesta and it’s believed to be three times higher than Mount Everest.

23. It would intrigue you to know that there are more stars in the universe than grains of sand in the whole of the earth combined.

24. Due to the absence of wind on the moon, footprints remain intact.

25. The moon is the largest and earth’s one and only natural satellite.

26. It takes an average of 12 hours for food to fully digest in humans.

27. The human brain comprises up to a staggering 100 billion nerves.

28. Remarkably the human nose can recognize up to three trillion scents.

29. The surface area of the human lung is directly equivalent to half of a tennis court.

30. Incredibly you can trap a laser in a waterfall.

31. According to research, a cracked egg beneath the surface of the ocean looks like a jellyfish due to atmospheric pressure being 2.8 times higher.

32. Surprisingly, the famous Pythagoras theorem can be proven with fluid by partitioning it into different shapes.

33. Sounds weird but you can see without your glasses by creating a pinhole with your hand which allows more light to focus on your retina.

35. Interestingly, no matter how a cat lands, they always land on their feet.

36. Spinning a ball as you drop it surprisingly makes it fly due to the term called the “Magnus Effect”.

37. Contrary to opinions, camels store water in their bloodstream, not their fatty humps.

38. Because the moon is one-sixth of the earth’s mass, you will weigh less on the moon than on earth.

39. Sounds a bit funny but the Madagascar hissing cockroach tends to hiss when challenged into a fight, surprised or when trying to mate.

41. Often times the male version of man or animals are seen as alphas but in the case of sharks, their females are known to have thicker skins than the males because they are more vulnerable to bites when mating.

42. The first and only whale to ever roam on the surface of the earth is called Pakicetus. Unlike the modern whale, the Pakicetus existed about 50 million years ago and looked exactly like a wolf.

43. There is an all-female species of lizards called the Whiptail. They don’t reproduce by mating instead their eggs develop into embryos without fertilization.

44. Quite interesting to know that female rodents lose interest in sex whenever they see their babies crying.

45. Komodo dragon females can reproduce without mating with their male counterparts via a process called parthenogenesis.

46. Cockroaches are quite mysterious in nature and can survive a week without their heads.

47. A baby Blue whale grows up very fast as their weight at birth is equivalent to their mother’s tongue.

48. Unlike other animals, Sea horses don’t have a functional jaw nor stomach as they only eat as little as what their digestive system can take.

49. While many animals rely on their sight or hearing aid, raccoons rely heavily on their sense of touch as they can see with their hands.

50. Strangely Phobias can be surprisingly passed down genetically.

51. Unlike “déjà vu”, the word “Deja Reve” makes you feel like you have experienced an event in your dream before.

52. Despite the name “Peanuts” they belong to the legume family, not the nuts family.

53. Still wondering why some newborn babies’ accents are good or bad? Well, it’s down to their parents as they often decide the accent of their offspring.

54. Contrary to many beliefs, lightning can strike twice.

55. Rain is very rich and essential in Vitamin B12.

56. Despite the Sun being termed as the hottest, a lightning bolt is shockingly five times hotter than the Sun.

57. The energy produced from a Hurricane is believed to be equivalent to 10 atomic bombs.

58. A trip to Pluto with an aircraft will surprisingly take about 800 years.

59. An adult brain weighs about three pounds while that of a newborn baby is around three-quarters of a pound.

60. The moon is very strange in nature as it can be extremely hot(224°F) during the day but extremely cold at night at a temperature of -243°F.

Did you find these Science Facts interesting? Leave a comment below and share if you like the content. Do you know that Astronauts can grow approximately by two inches in height in space?  Click here to check out more interesting facts about space