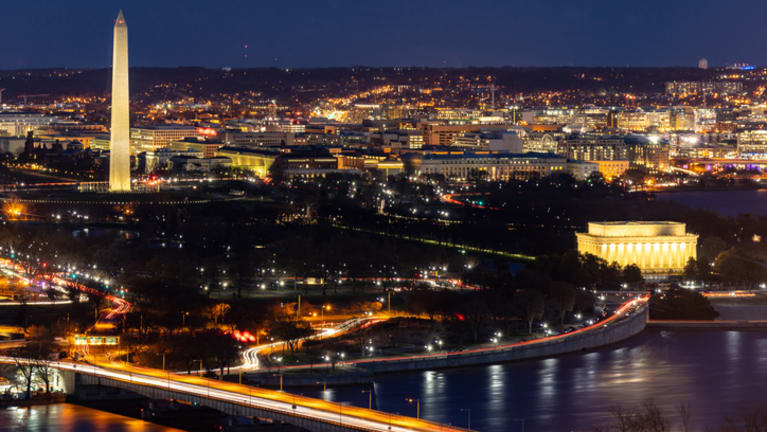 Washington DC is the capital state of the United States which is mostly known for the federal government’s 3 branches which are the Capito, the white house, and the Supreme Court. Aside from its popular buildings, Washington DC is also known for its many interesting histories and memories. You may few some, trust me they are many more that I am sure you will like to explore. You will be discovering some interesting facts about the Lincoln Memorial, the burning of Washington DC, Capitol, Arlington National Cemetery, World War 1 Memorial, and more. Grab a cup of coffee if you can and let’s just straight into it.

1. Lincoln Memorial took more than 50 years for it to be built and be opened for public use

2. The original design of the Lincoln memorial is much more beautiful than the current statue.

3. Because it is swampy and a place full of criminals, the West Potomac Park was rejected as a place to raise the Lincoln memorial.

4. Washington D.C’s Union Station was once proposed as the place to construct the Lincoln memorial.

5. The place where president Lincoln’s arm is placed was designed in a Roman style.

6. Daniel Chester French was the one that designed the statue of President Lincoln.

7. The Monument building of the Lincoln memorial was created by Henry Bacon.

8. The person who also wanted to design and build the Lincoln memorial, John Russell, wanted it to look like an Egyptian pyramid or a traditional Mayan temple.

9. The initial design of President Lincoln’s statue was 10 feet but the creator of the statue was almost double the initial size at 19 feet.

10. President Abraham Lincoln’s son lived enough to witness the building of the statue at 78 years old.

11. Abraham Lincoln’s memorial has a typo on one of its walls. The typo comes from the place where Lincoln’s speech was written. “Euture” was written instead of “future”

12. It was during the British Chekapeake campaign that the burning of Washington DC happened.

13. The burning of Washington DC was the only time except for the Revolutionary War that an external power captured the US capital.

14. When the British army invaded Washington city then, they set fire on all the important buildings that were there including the then-presidential Mansion.

15. The British only stayed in Washington after setting it on fire for only about 26 hours after a suspected hurricane stopped the fire and made the British leave.

16. The then President of America, President James Madison escaped to a quaker’s house.

17. The British forces were led by Major General Robert Ross during the invasion.

18. The house in which the president of America and his government officials sought refuge is still standing to date.

19. About 30 people were killed during the burning of Washington DC (which was known as Washington city then).

20. The first president of America did not live in the white house because it was completed a year after he died.

21. In 1878, the original phone number of the white house was just simply 1 because a phone was not installed in the president’s office until the 1920s.

22. Washington was once the tallest structure in the world in 1884 before it was overtaken 5 years later by the Eiffel Tower.

23. The Washington Redskins moved to Washington DC in the year 1937 and were originally known as the Boston Braves.

26. The Washington Wizards were founded in 1961 and were originally known as the Chicago Packers.

27. The average rainfall in Washington DC is about 39 inches.

28. The first president of America did not live in Washington DC and was not buried there.

29. The Friendship Archway was built in Chinatown in 1986 to celebrate the friendship between Washington DC and Beijing, China.

WAIT! Do you know that a total number of 5 United States flags have touched the surface of the moon? Explore 61 Fascinating Facts About America.

30. A nationwide contest was held in other to choose the person that will design the layout of the Capitol.

31. The war of 1812 led to the destruction of most parts of the original structure.

32. Approximately 9 million pounds of cast iron are contained in the famous dome of the Capitol.

33. Philip Reid, who was a slave, played an important role while the building of the statue of freedom was going on.

34. It is just a myth that Constantino Brumidi plunged to his death from scaffolding while painting the Rotunda Freeze.

35. The interior of the Capitol has gone through some facelifts which include marble, sandstone, and limestone.

36. The Capitol’s original columns and assorted stones are kept at the National Arboretum and Rock Creek Park.

37. The chief architect that oversaw the construction of the US Capitol is not an architect by trade.

38. The subway system in the Capitol has been in existence for more than 100 years now.

39. The place where the Arlington National Cemetery is located is at the confiscated estate of Robert E. Lee.

40. More than 17,000 Graves would have been exhumed if the ruling a law court gave concerning the property was followed.

42. Arlington National Cemetery is the only national cemetery to hold the remains of everyone that fought Ina war since the Revolutionary War.

44. Arlington National Cemetery holds the remains of more than 4000 slaves.

45. Due to advancements in DNA testing, there will not be any unknown person that will be buried in the national cemetery.

46. On memorial day weekend, American soldiers plant flags in front of every tombstone.

47. The memorial was built in honor of US citizens who rendered one service or the other during the first World War.

48. The World War 1 memorial is erected in Pershing Park in Washington DC.

51. The governing body that regulates this memorial is the National Park Service and National World War I Memorial Commission.

52. Although WW1 was fought earlier, the World War 2 memorial was erected first in the US.

53. The act which authorized the building of this memorial was given in 2015.

54. $40 million was projected to be used for the construction of this project.

55. It is said that woodland spirits haunt Rock Creek Park which is in the middle of Washington DC.

56. A Victorian home in Georgetown, 3206 Q street NW is where a depressing murder was committed.

57. A ghost cat is believed to live in the Supreme Court because of random cat footprints that are seen there.

58. The oldest house in Washington DC with its original foundation, Old Stone House is supposedly Haunted by multiple ghosts.

59. President Adams and Hoover kept alligators as pets in the white house.

61. The ghost of Dolley Madison reportedly haunts the house where she stayed and dies.

Hope you enjoyed these fun Washington DC  facts. Do you know there is a place in Canada that mysteriously has less gravity than the rest of the planet? Check out 61 Fascinating Facts About Canada.