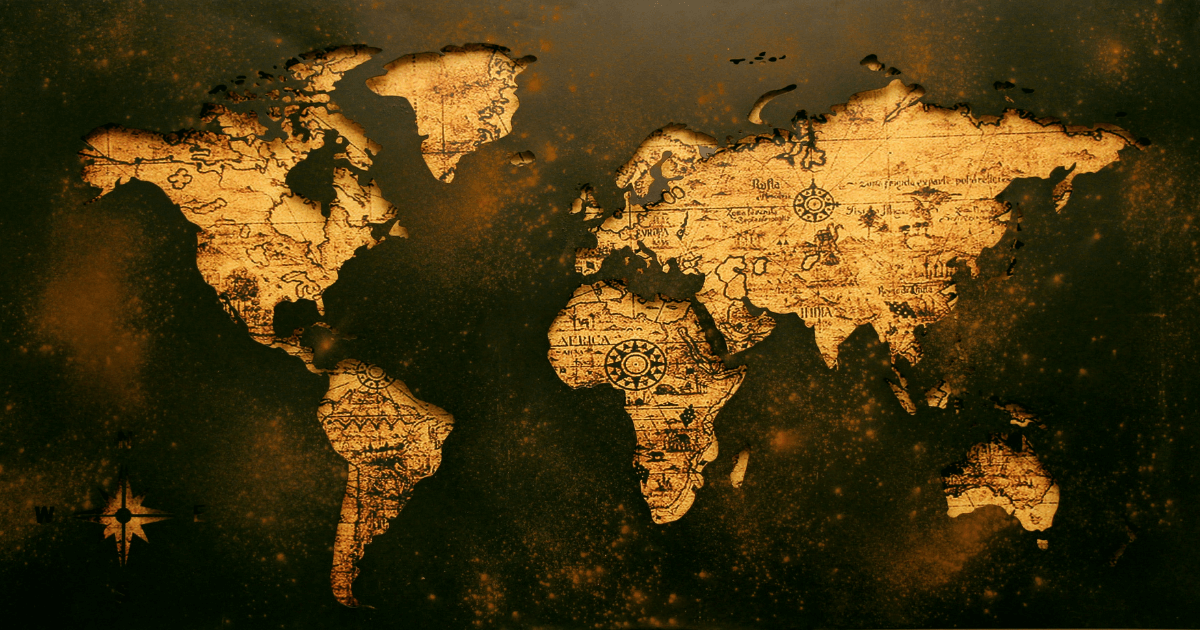 Do you love adventures or love to study about their surroundings? These interesting and mind-blowing geography facts will help you have a vast knowledge of geography. Read on to explore the fun and interesting world around us.

1. Damascus in Syria is the oldest city on earth, it has been existing since 3 millennium BC.

2. The valleys of Antarctica haven’t received rainfall for two million years, making it the driest place on earth.

3. The sun is less hot when compared to the center of the earth’s crust.

4. With a length of 12,261 meters, the Kola Superdeep Borehole that is located in Russia is the deepest hole in the world.

5. Over 20% of the oxygen that we breathe is provided by the Amazon forest.

6. In between Europe and Asia, Istanbul is the only city that is in between two continents.

8. Vatican City holds the record of being the smallest country on earth.

9. The Dog fence of Australia is the longest in the world with a length of 5,614km long.

10. In the Guinness Book of Records, -89.2C is the lowest temperature that has been recorded.

11. .Canada is the country in the whole world that has the longest coastline with a staggering length of 243,042 km.

12. Antarctica is not owned by any country in the world.

13. 90% of the earth’s freshwater comes from Antarctica.

15. Volcanoes, unlike what many think, also exist on the ocean floor and ice caps.

17. There are over 840 dialects in Papua New Guinea, making it the country with the most dialects.

18. Countries that are located in the tropic of cancer or Capricorn doesn’t experience snow.

19. The prime meridian determines the time zones of the countries on earth.

20. The 50 states in the USA make it the country in the world with the most countries.

21. Above sea level, Mount Everest is the tallest mountain in the world.

22. Asia and Europe get closer every year because the pacific ocean shrinks every year.

23. Africa takes up 6% of the world surface and occupies the 4 hemispheres on earth.

24. The cave system of Kentucky which is over 390 miles, is the largest in the world.

25. It has been recorded that snow has fallen in the Sahara desert three times.

26. The continents of the world were once together as one continent.

27. US and Russia are only 2.4 miles apart but they have a 20-hour time zone difference.

29. The sand beach in Fraser Island Australia is the largest in the world with a length of 76.4 miles.

30. Because of the drifting and moving of ice caps, the north pole is always moving.

31. Mount Augustus is only 2,300 ft tall and cannot be classified as a mountain.

32. Because North American and European plates grow wide every year, a 5cm increase is recorded every year in Iceland.

33. The position of Mount Chimborazo makes it the closest place to outer space.

34. 30% of the world population is in Asia and it is also the most populated among the continents.

35. The earth has enough gold inside of its crust to cover the whole surface.

36. The same amount of time required for your fingernails to grow is the same time the continents of the world take to move.

37. The population of California is bigger than that of the whole of Canada.

38. The width of Australia is larger than the moon’s width.

39. Saudi Arabia doesn’t have any rivers or lakes because there’s a lack of rainfall.

40. The city of New York in the USA is always drifting away by 2.5cm every year.

41. It has been recorded that the dust from Africa can reach Florida in the US.

42. Because of continental drifts, the height of the Himalayas is increasing by 1.5cm every year.

43. Egypt does not have the largest pyramid in the world but Mexico.

44. Aircraft cannot fly over the Taj Mahal in India because of security reasons.

46. The island of pheasant changes its ownership every six months between France and Spain.

47. The dead sea of Canada is so concentrated that a human cannot sink inside it.

48. There’s a particular time of the year where it is possible to go to Russia from the US by walking.

49. There’s an island in a lake in the Philippines named Vulcan point.

50. Asia is the only continent in the world where more than 2000 languages are spoken.

51. The shortest name of a location in the world is Å.

52. China is the only country in the world that shares its borders with 14 other countries.

53. The longest name of a village on earth is a village named Llanfairpwllgwyngyll-gigerrychwyrndrobwyll-llantysiliogogogoch.

54. The population of the whole world can fit inside of Texas because of its large size.

55. There is a major water area of the word called oceans are only 5 in number.

57. There are over 195 official countries of the world.

58. The mountain Everest can fit completely into the deepest part of the world which is the Marino trench.

59. The Vatican city is completely covered by Italy, making it one of the countries that are landlocked by one country.

60. The majority of the earth’s population lives in the northern part of the world.