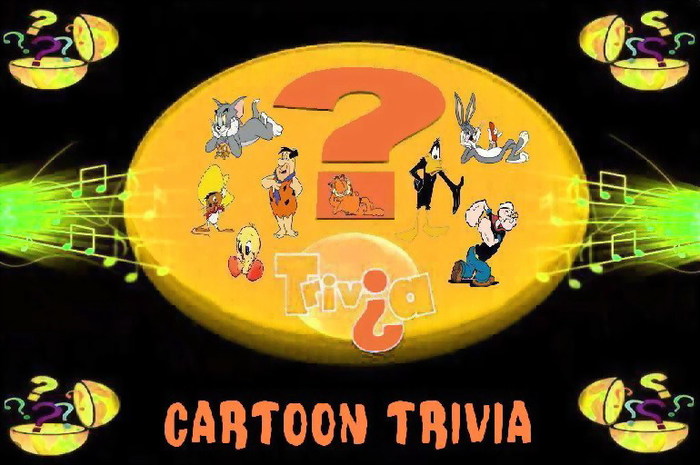 Where are the cartoon lovers? If you are a real cartoon lover and fond of cartoon animation movies, then this is your right spot! Here, we have a collection of vast cartoon trivia quizzes that will cover some of the most iconic cartoon characters and shows of all time.

This fun cartoon trivia series is aimed at bringing back your childhood nostalgia for cartoons and it will surely make you want to feel young again! Put your trivia skills to the test with our exciting categories of classic cartoon trivia, cartoon character trivia, and Disney cartoon trivia, and be sure to catch your fun as well. Let’s go!

How well do you know about Disney’s Moana, Zootopia, Bolt, and WALL-E? Find out by seeing how many of the questions below you can answer correctly.

1. Where did Bolt’s new master find him at the beginning of the movie?
Answer: Animal rescue.

2. In “Zootopia,” where did Judy Hopps grow up?
Answer: BunnyBurrow.

3. What is the name of the demigod in “Moana?”
Answer: Maui.

4. In “Moana,” who is the beautiful green goddess with a flowery crown, who also symbolizes Mother Earth?
Answer: TeFiti.

5. What type of food was Bolt’s favorite toy?
Answer: Carrot

7. What is the full meaning of the movie acronym “WALL-E?”
Answer: Waste Allocation Load Lifter Earth-Class.

8. In “Zootopia,” what do Judy’s parents do for a living?
Answer: Carrot farming.

9. Instead of becoming a carrot farmer like her parents, what does Judy aspire to be?
Answer: The first rabbit police officer.

11. Who is the little girl that adopted Bolt?
Answer: Penny.

12. Who is the evil villain who was trying to capture Penny in “Bolt?”
Answer: Dr. Calico.

13. What emblem does Bolt have on his body that serves as his mark of power?
Answer: Lightning bolt.

14. What is the name of Moana’s village?
Answer: Motunui.

15. In Zootopia,” what animal species are all the workers at the DMV?
Answer: Sloths.

16. Who was the former mayor’s assistant in “Zootopia?”
Answer: Dawn Bellwether.

17. What is the robot in “WALL-E”, whose job is to check Earth for plant life?
Answer: EVE.

18. In “Moana”, what did the demigod Maui do that caused TeKa to become a destructive lava demon?
Answer: He stole the Heart of TeFeti.

19. What are night howlers in “Zootopia?”
Answer: Flowers.

20. In “Bolt,’ what does Bolt say is his weakness?
Answer: Styrofoam.

21. How is Chief Tui related to “Moana?”
Answer: He is Moana’s father.

22. What breed of dog is Bolt?
Answer: A Swiss Shepherd.

23. What does WALL-E get crushed by?
Answer: The Holo-Detector.

24. What is the object in “WALL-E” that will bring humanity back to Earth?
Answer: The plant.

26. What is the name of Moana’s grandmother?
Answer: Tala.

27. In “Moana,” one of Maui’s tattoos, Mini Maui, is found on his right chest. True or False?
Answer: False. It is on the left chest.

29. Which robot in “WALL-E” sanitizes the EVEs after their mission?
Answer: M-O.

30. In “Bolt,” what does Rhino say he likes to eat for breakfast?
Answer: Danger.

31. What is Gazelle’s famous song in “Zootopia?”
Answer: Try Everything.

32. Moana and Maui encounter a mischievous tribe of Coconut-wearing pirates. What are they called?
Answer: The Kakamora.

33. In “Zootopia”, who was behind the night howler operation?
Answer: Mayor Lionheart.

34. What happened to Bolt when Penny’s father genetically manipulated him?
Answer: He gained superpowers.

35. Why does Moana’s Dad not want anyone to sail beyond the reef?
Answer: His friend died.

36. What is the name of the couple on the ship who meets because of WALL-E?
Answer: John and Mary.

37. When the Axiom returned to Earth, WALL-E was out of power. Where did he get back his energy from?
Answer: The Sun.

38. In Bolt, what does Mittens give to the pigeons in exchange for the food they provide for her?
Answer: Protection.

39. What kind of animal is Moana’s pet Heihei?
Answer: Rooster/Chicken.

40. In “Moana,” which character from Frozen does Maui shape-shift into?
Answer: Seven.

41. What is the company in “WALL-E” that owned all of the commercial enterprises in the movie?
Answer: Buy n Large.

42. What is Bolt’s best superpower move?
Answer: The Super-bark.

43. What are Officer Clawhouser’s favorite things in “Zootopia?”
Answer: Gazelle and Donuts.

44. Who was the CEO of the BnL company in “WALL-E?”
Answer: Shelby Forthright.

45. What song does Maui sing when Moana arrives with her boat?
Answer: You’re Welcome.

46. In “Bolt,” what were Rhino and Bolt doing at Animal Control?
Answer: Rescuing Mittens.

47. What is the name of the spiral symbol on the sail of Moana’s boat which represents new life, growth, strength, and peace?
Answer: Koru

48. In “WALL-E,” what was the captain of the Axiom very excited about when they finally landed on Earth?
Answer: Farming.

49. What was the Captain doing at the end of the movie “WALL-E?”
Answer: Planting seeds.

52. Who chooses Moana to return the heart of TeFiti?
Answer: The Ocean.

53. In Moana,” what object from Aladdin has been collected by Tamatoa and sits on his pile of treasures?
Answer: Genie’s Lamp.

54. What does WALL-E use to collect things from among the garbage he is cleaning up?
Answer: His lunch box.

55. At the end of “Zootopia,” who does JuddyHopps say she loves?
Answer: Nick Wilde.

57. What kind of creature served as WALL-E’s companion while he cleans out the garbage on Earth?
Answer: A cockroach.

58. In “WALL-E”, how did humans get around on the Axiom spaceship?
Answer: In hovering chairs.

59. Who is Chief Bogo in “Zootopia?”
Answer: The police director.

60. In “Moana,” what equipment does Maui need to shapeshift?
Answer: His fishing hook.

61. Instead of speaking, how do the Kakamorain “Moana” communicate?
Answer: By banging on drums.

Did you enjoy playing these cartoon trivia quizzes? Leave a comment below and share if you like the content. Check out 101 General Knowledge Trivia Questions and Answers – Part 1 here or Try solving 6 Tricky Detective Riddles for Adult Deep