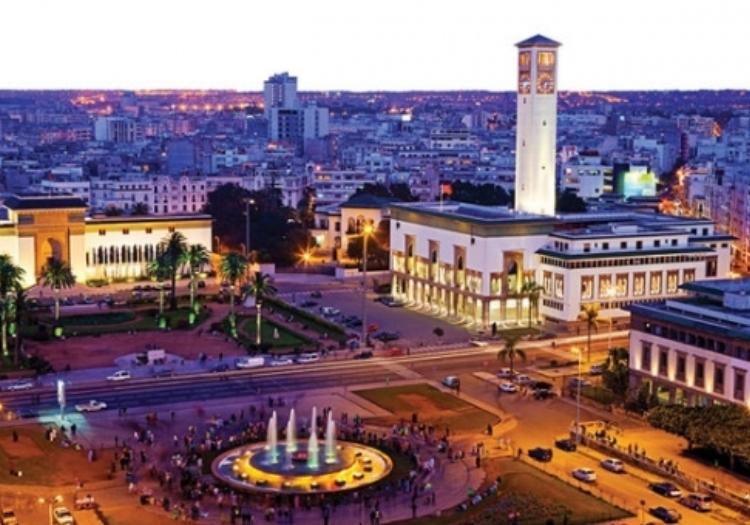 Light up your day with these collections of super interesting facts about Casablanca. Whether you are looking to discover things about Casablanca’s culture, history, or more, I am convinced that these facts some of which may be surprising to you will expose the important and fascinating details about this largest city in Morocco which is also known as Dar al-Bayda. Fasten your seat belt because it is going to be a fun Casablanca exploration ride.

1. Because of the old landmarks, rare architectural styles, and a very ancient city, more than 1.2 million people visit Casablanca every year.

2. After a devastating earthquake that hit the city in the year 1755, Casablanca was deserted by its residents and visitors.

3. With a market value of $60 billion, the Casablanca stock market is the first in the Arab Maghreb and the third in the African continent.

4. The Casablanca port is the largest in the whole of Morocco and this multifunctional port is able to process more than forty ships at a time.

5. Because of its human cultural heritage which is perceived to have a special universal value, Casablanca was inducted into the UNESCO World Heritage.

6. The only international airport that Casablanca has, known as the Mohammed V hosts more than 8.2 million people every year.

7. In 1961, Casablanca was the city that hosted the prestigious Pan Arab Games and also the Mediterranean Games in 1983.

8. The Hassan II Mosque in Casablanca ranks as the 7th largest mosque in the world and ranks first as the highest religious building in the world with a height of 210 meters.

9. Even though the capital of Morocco is Rabat, Casablanca is considered the business and economic center of the country.

10. It was in the seventh century that people (Berbers) first settled in Casablanca and it was founded by Mohammed III.

11. The financial industry of Morocco is concentrated in Casablanca as 30% of the Moroccan banking network has its headquarters in the city.

12. The Port of Casablanca is not a natural one and it is one of the largest artificial ports in the world.

13. In the 19th century, because of growth in the industry, Casablanca was the main supplier of wool for Great Britain.

14. The first Jewish synagogue that was built in Casablanca was known as the Rabbi Elijah Synagogue and was built in 1750.

15. Casablanca is the most populated city in Africa after Lagos in Nigeria and Cairo in Egypt.

16. In Casablanca, big and luxurious taxis are known to have a white color while normal and small taxis are characterized by the color red.

17. There is a famous cafe known as the “Excelsior” Café that is one of the oldest cafes in the country and was built in 1916.

18. There is a 20th-century old forest in Casablanca known as the Bouskoura forest that was created after the earthquake that hit and destroyed the city.

20. Because most of the country’s industry is located in Casablanca, the city uses 30% of the national electricity production.

21. Casablanca contributes to about forty-four percent of the industrial production of Morocco and thirty-three percent of industrial exports.

22. Although Casablanca has industries in fishing, fish canning, sawmills, furniture production, building materials, glass, textiles, electronics, leatherwork, and cigarettes, one of the most important exports is phosphate.

24. Almost all the citizens of Casablanca live in the urban area, up to ninety percent of the residents.

25. Arabs and Berber Muslims are the major citizens of this city, up to 99.9 percent of the people living in the city are them.

27. Despite the fact that Arabs and Berber Muslims make up the most population of the city, Jews have been around since the time the city was known as Anfa.

28. During the covert Mossad-organized migration operation from 1961 to 1964, the city served as a departure point for a lot of people.

29. The Moroccan Jewish Museum is a museum established in the city in 1997 to honor the contribution of the Jews to the city.

30. Place de France which is now known as the United Nations square was a contact point between what the colonists called the Ville indigène to the left.

31. The Treaty of Algeciras of 1906 made it possible for French officers to control operations at the customs office and seize revenue generated.

32. Starting from 1986, Casablanca saw Ed as the host to The Grand Prix Hassan II, a professional men’s tennis tournament of the ATP tour.

33. Morocco was supposed to host the 2015 African Nations Cup Games in Casablanca but declined it due to fear of ebola infection.

34. The Grand Stade de Casablanca is the proposed title of the planned football stadium that is designed to host up to 93,000 spectators.

36. Casablanca is home to a lot of famous people, as Haja El Hamdaouia, one of the most iconic figures in aita music was born in the city.

37. One of the most Moroccan funk bands known as Attarazat Addahabia was founded by an indigène of Casablanca called Abdelkabir Faradjallah.

38. In Casablanca, there is a museum that is fully dedicated to Andalusi music that is called Dar ul-Aala.

39. The famous novel known as The Simple Past which was written by Driss Chraïbi was based in Casablanca.

40. Casablanca hosts an International Book Fair every year in February at the fairgrounds opposite Hassan II Mosque.

41. The father of Moroccan theater, Tayeb Sadiki was born and bred in Casablanca and it was in this city that he made his career.

42. Since the first half of the 20th century, Casablanca has had many movie theaters including the Cinema Vox, which was the largest in Africa at the time it was built.

43. Although the 1942 American film Casablanca was filmed in the United States, its setting was in Casablanca and has had a long-lasting impact on the city’s image.

44. One of the first Moroccan films to deal with Morocco’s complex realities was Love in Casablanca which was released in 1991.

45. When the French were in control of Casablanca, the planning of the new colonial port city was assigned to Henri Prost by General Hubert Lyautey.

46. The École des Beaux-Arts of Casablanca which is one of the oldest visual art centers in Casablanca was established by Édouard Brindeau de Jarny in 1919.

47. The Academy of Traditional Arts which teaches students the traditional arts of Casablanca was founded on October 31, 2012.

48. There is a street art festival that is celebrated in Casablanca every year known as the Sbagha Bagha and during the celebration, murals are created on the sides of apartment buildings.

49. Casablanca has a thriving street photography scene and this has drawn a lot of international attention because of its economic capital’s street scenes.

50. Casamémoire and MAMMA are the main organizations dedicated to the preservation and appreciation of the city’s architectural heritage.

51. France was in full control of Casablanca in March 1912 when the Treaty of Fes established the French Protectorate.

53. During World War 2, Casablanca was the site of the Nouasseur Air Base, a large American airbase used as the staging area for all American aircraft.

54. After Philippe Pétain of France signed the armistice with the Nazis, Casablanca and other Moroccan cities were heavily defended by French soldiers as they were in favor of the Germans.

55. Towards Morocco’s independence in the 1940s and 1950s, Casablanca was a major center of anti-French rioting.

56. After Morocco gained independence from France in 1956, Casablanca hosted an ensemble of progressive African leaders during the Casablanca Conference of 1961.

58. On June 6, 1981, the Casablanca Bread Riots took place with the government stating that 66 people were killed and 100 were injured.

59. In March 2000, more than 60 women’s groups organized demonstrations in Casablanca calling for a ban on polygamy and reforms in women’s legal status.

61. As calls for reform spread through the Arab world in 2011, Moroccans joined in and this led to a lot of progress in the economy and government.

Hope you enjoyed the ride, please tell us your view in the comment section below.