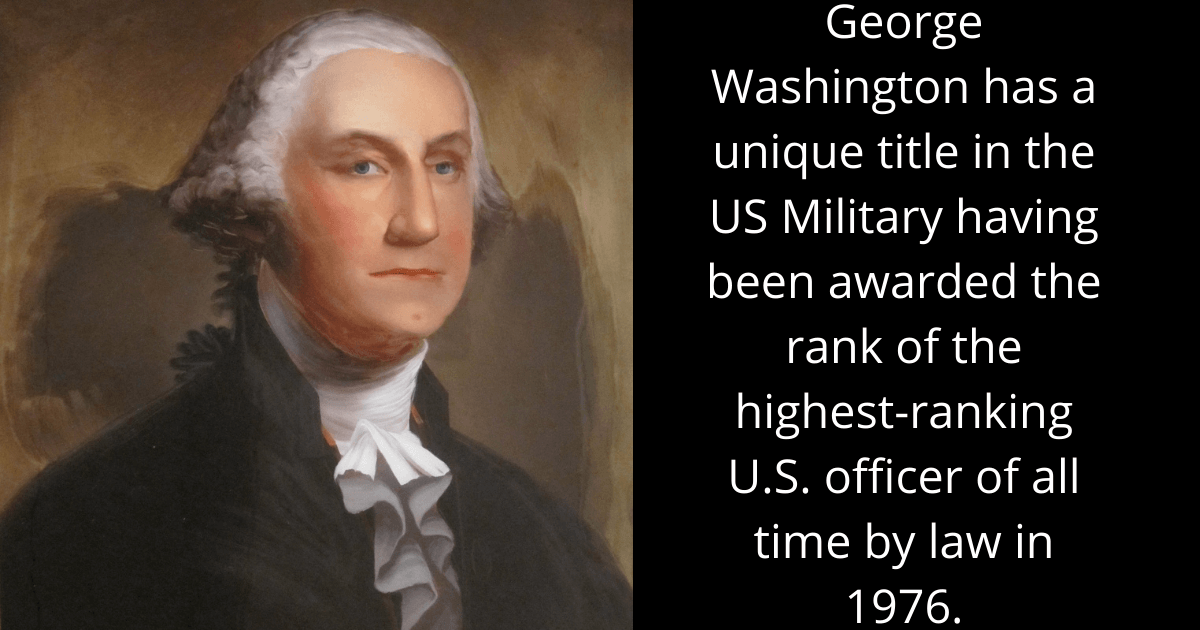 He is arguably the most important figure in America’s history as he laid down the groundwork for the future success of  America. In the article below, we will be exploring some Interesting and unknown facts about the first President of the United States of America;

1. Interestingly, Washington served as a General in the US Army without being paid any form of wages or salaries.

2. Surprisingly, he doesn’t have a middle name, but people started adding more to their names in the 19th century.

3. The good relationship that exist between the French and the Americans started under George Washington’s leadership during the Revolutionary war.

4. George Washington was very good at Mathematics and was a great surveyor having conducted over 199 surveys.

5. Washington’s net worth plummeted massively after the Revolutionary war.

6. Strangely, George Washington used to own slaves having inherited about 10 slaves following his father’s death.

7. Unfortunately, Washington never had any offspring till he died.

8. Washington considered himself a farmer and was integral to the development of Agriculture in the United States.

10. George’s Childhood was believed to be unknown to many with only a few things that could be said about him.

11. Sadly, he lost his father at the age of 11 but his half-brother Lawrence played a major role in upbringing.

12. Unlike his brothers, George Washington never had a formal education due to his father’s death.

13. Despite being passionate about joining the military, his mother was heavily against the idea but he had to look for alternatives in an attempt to join the Army.

14. He is often regarded as one of the founding fathers of the United States.

15. His leadership qualities started at a young age having taken charge of the family Virginia Estate following his half-brother’s death who died of Tuberculosis.

16. Washington’s management skill was unmatched having ruled over 3000 acres of farmland and also owned the largest Whiskey distillery in the country.

17. His great relationship with the Fairfax family at a young age was very crucial in his decision to become a soldier and a politician.

18. At the age of 23, he had already become the commander of Virginia troops.

19. Sounds weird but Washington once professed his love to the wife of one of his closest friends named Sally.

20. Washington got married on the 6th of January, 1759 to a lady named Martha Dandrige.

21. Despite not having kids, his marriage lasted for a staggering 40 years.

22. It was believed that he resigned from the Army willingly after the 1758 war having complained about recruitment not being good enough.

23. He had a lot of health challenges having suffered from various diseases such as pneumonia, dysentery, smallpox, and tuberculosis.

24. He was known to be very agile in the army and his favorite horse was called Blueskin while he was still with the military.

25. Despite talks of George Washington having wooden teeth, research suggests that his teeth were made of Silver, Gold, and copper.

26. The British Proclamation Act of 1763 propelled Washington to leaf the American Revolution.

27. He was among the first few to draft the American constitution.

28. George Washington enjoyed a smooth ride into power as he was the people’s favorite and met with little or no opposition.

29. Under his regime as the President of the United States of America, the country enjoyed great leadership and a leap in economic growth.

30. He never subscribed to the idea of party politics as he was neither a fan of the Democratic or Republican Party.

31. Despite laying the foundation for the White House, he never got the chance to live in America’s most prestigious house with the building yet to be completed while he was still in power.

32. Major appointments in the nation such as the secretary of state & secretary of treasury happened during his regime with the help of his trusted cabinet.

33. For a man whose integrity matters to him a lot, he was believed to be reluctant to accept the salary of $25,000 being proposed to him by the congress as he was mindful of how the people will perceive it.

34. His level of modesty was second to none as he preferred to be addressed as Mr. President despite his array of titles from the Army.

35. Despite not visiting France, he was honored with French citizenship.

36. Quite commendable of George Washington as he played a vital role in clearing the debt crisis of America when he assumed power.

37. George was often considered as a man of peace having valued peace over conflict during his regime as the President of the United States of America.

38. The exemplary leader passed away at the age of 67 having battled throat cancer.

39. Amongst other things, Washington was a writer and loves to read. Some of the books he wrote include Rules of Civility and Farewell Address.

40. George Washington is the second wealthiest US President of all time boasting of a net worth o over $600million.

41. He ranks as one of the tallest ever presidents of the United States of America with a height of about 6feet and 4 inches.

42. George retired in 1797 and focused more on his farming and other businesses.

43. One of his famous quotes goes thus: “It is better to offer no excuse than a bad one.”

44. Interestingly, it is believed that he had to borrow money to attend his own Presidential inauguration.

45. George Washington has a unique title in the US Military having been awarded the rank of the highest-ranking U.S. officer of all time by law in 1976.

46. He wasn’t much of a religious person but his character remains unquestionable and unmatched.

47. George Washington’s love for dogs was unrivaled having kept up to 30 dogs especially the hunting hounds breed.

48. Surprisingly, one of his major critics was Former President Thomas Jefferson with many believing he should have declared war against the British rather than signing a peace treaty with them.

49. Though he might have his shortcomings, George Washington was the only founder to have freed over 100 plus slaves under his control.

50. He holds the record as the only President to have led his country to battle during the 1794 Whiskey Rebellion.

51. Washington’s second term wasn’t as pleasant as he had expected having come under a lot of scrutiny from the Press and his opponent who suggested he was creating a monarchy.

52. Sounds unbelievable but many reports suggest that he felt trapped in the presidential office.

53. It is believed that the former Military general almost died during his first term in office after suffering from a tumor on his thigh.

54. Astonishingly, Washington’s wife Martha was considered to be “Not Happy” as First Lady after a few months in office.

55. Washington had a special bond with his favorite slave whose name is William Lee for over thirty years. He worked with him during the Revolutionary War and also followed him to the Presidential mansion.

56. Having built a wide range of Spy networks, George Washington is often considered the master of spies.

57. Strangely, some religious sect in America believes that Washington was purposely deprived of a child by God so that he can focus solely on serving his homeland.

58. He was deemed special being having shockingly survived four bullets in his coat and hat without a scratch during the French and Indian War.

59. Washington’s wife Martha hated the sight of former President Thomas Jefferson having described him as a “Detestable being”.

60. He was often considered a showman who loves to sway people’s attention to his side.

61. Is there anything George can’t do? It is believed he was the architect behind the masterpiece at Mount Vernon.