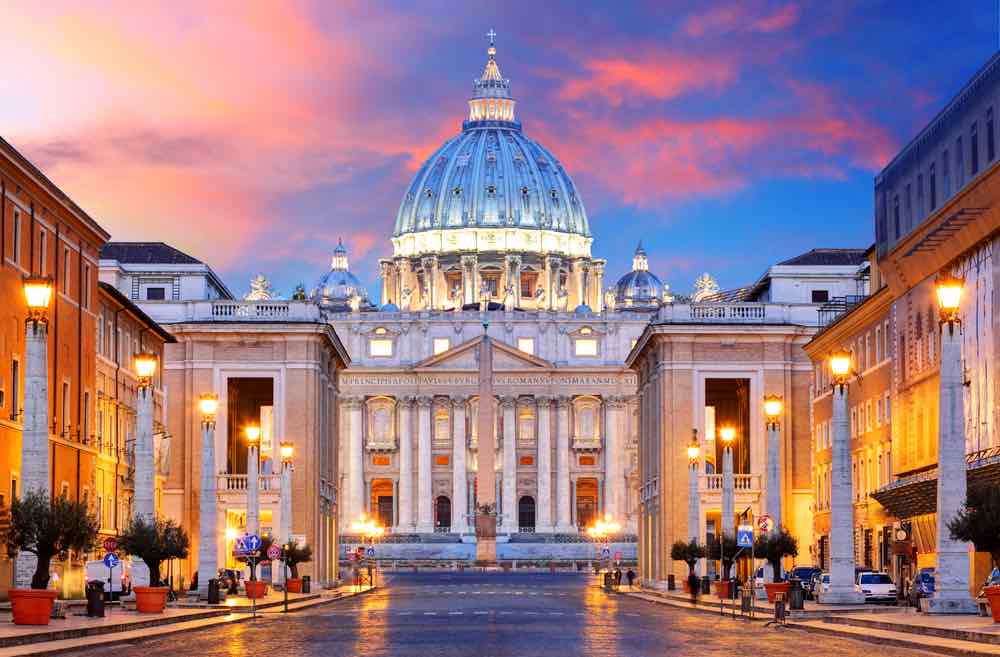 The Catholic Church, also known as The Roman Catholic Church is the oldest Christian Church in the world and the largest single denomination in Christianity. With over 1.2 billion baptized Catholics in the world, Catholicism has been a moving force in the development of Western culture. In this article, we will be uncovering some of the bright sides of the catholic church and also some of its dark sides.

It continues to be influential in religious issues, art, education, medicine, science, music, philosophy, literature, and politics. There is a lot to know and uncover about this religious movement. Do you know that there are about 80 married Roman Catholic priests? Relax as we go on this ride of exploring interesting facts about the Catholic Church.

1. The Roman Catholic Church is headed by the Pope, the Bishop of Rome, while the Holy See, is the central governing authority of the church.

2. St. Peter, an apostle of Jesus Christ, is said to be the very first Pope.

3. The office of the Pope is known as the Papacy.

4. The Pope lives in Vatican City, which is a small country within Italy.

5. The core beliefs of Catholicism are found in the Nicene Creed and authoritatively summarized in the Catechism of the Catholic Church.

6. Catholic theology teaches that the contemporary Catholic Church is the continuation of the early Christian community established by Jesus.

7. Katholikos, a Greek word meaning “toward the whole” is the root of the word “Catholic”. St Ignatius used this word to show that the Church is a gift of Christ to all people.

8. The Seven Sacraments of the Catholic Church are ways in which bishops or priests intercede with or bring grace from God to ordinary people.

9. The Rosary is a primary signature of the Catholic devotion.

10. The Cross is a predominant Catholic symbol that is seen as the union of divinity (the vertical line) and the world (horizontal line).

11. The incense used in the Catholic Church symbolizes prayers rising to heaven.

12. Catholics place ashes on their foreheads at the beginning of Lent as an outward sign of repentance.

13. The Blessed Virgin Mary is highly regarded in the Catholic Church, proclaiming her as Mother of God, free from sin, and an intercessor.

14. The Church teaches that, immediately after death, each person’s soul will receive a particular judgment from God, based on their sins and their relationship to Christ.

15. The Church believes in “Purgatory” as a temporary condition for the purification of souls who, although destined for Heaven, are not fully detached from sin and thus cannot enter Heaven immediately.

16. The Seventh-day Adventist church teaches that the Antichrist will be the Pope, and the Catholic Church will cause the apocalypse.

18. Women are not allowed to become Roman Catholic priests.

19. Pope Francis, the present Pope of the Roman Catholic Church, was once a nightclub bouncer.

22. According to the Church, Saints are people who lived an exceptionally holy life while living on earth and are said to reside eternally with God in heaven.

23. The final schism affecting the Catholic church was in 1571, when Martin Luther led the Reformation, dividing the church and leading to the emergence of Protestantism.

24. The “extra” books of the Bible which are commonly believed to have been added by the Catholics were actually originally removed from the Bible during the Protestant Reformation by Martin Luther, mostly because these books do not fit into their theology.

25. The Big-Bang theory of evolution was proposed by a Catholic priest, Monsignor Georges Lemaitre.

26. The Church executed William Tyndale in 1536 for translating the Bible into English.

28. St. Peter’s Basilica is the largest Catholic church in the world.

29. There are about 80 married Roman Catholic priests, who were married before they joined the Catholic Church, but were allowed to remain married after their conversion to Catholicism and their vows are recognized by the Vatican.

30. The first black person to be documented as a saint in the Roman Catholic Church was Saint Maurice; a 3rd-century Roman soldier who was martyred when he refused to massacre Christians for the Roman Empire.

31. The Church is a “communion of Churches”; the 22 Eastern Catholic churches, are also sometimes referred to as the “Orthodox Catholic Church”.

32. During the French Revolution, leaders tried to replace Catholicism with a “Cult of Reason” where Truth, Liberty, and Reason were worshiped.

33. The Church is the largest charitable organization in the United States.

34. The Catholic Church is the largest non-governmental provider of healthcare globally.

35. About 15% of the hospitals in the United States Are Catholic hospitals.

36. Brazil has the most Catholics in the world.

37. There are more annual offenses than there are people in the Vatican, making the city one with the largest crime rate in the world.

38. Sigismondo Malatesta was the only person ever canonized to Hell by the Roman Catholic church.

39. In 1568, the entire population of the Netherlands was condemned to death as heretics after converting from Catholicism to Protestantism.

40. If a Catholic priest reveals anything someone confessed to him for any reason at all, he is automatically excommunicated from the Church and can only be forgiven by the Pope.

41. Any Catholic may baptize someone at risk of dying as long as the person desires to be baptized and it must go in accordance with the Catholic Catechism.

42. The Swiss Papal Guard, which is the oldest active military unit in continual existence since 1506, protects the Pope.

43. Each member of the Swiss Papal Guard is Catholic, male, and Swiss, and must complete military training in Switzerland.

44. The “Devil’s Advocate” was an official position in the Catholic Church that argued against the canonization of a saint.

45. Not all 266 Popes of the Catholic Church have been from European countries.

46. Pope Francis is the first Pope from Argentina, the first Latin, and the first Jesuit Pope.

47. Spanning over 126 countries, Pope John Paul II is known to be the only pope who traveled more than another Pope in history.

49. Around the 14th century, the Seat of the Catholic Church moved temporarily to Avignon, France. Pope Gregory returned to Rome in 1376 and ended the Avignon Papacy.

51. Due to its aquatic habitat and behavior, the Catholic Church officially categorized the Beaver as a type of fish, making it acceptable to eat on Good Friday and throughout Lent.

52. From the late 20th century, the Catholic Church has been criticized for its doctrines on sexuality, its inability to ordain women, and its handling of sexual abuse cases.

53. The Quebec government had once collaborated with the Catholic Church to falsely certify 20,000 “orphaned” children as mentally ill and confine them to psychiatric institutions. The orphans were then subjected to medical experimentation and sexual abuse.

54. It took until 2006 before the Church apologized for what they’d done; when they atoned and gave the survivors about $15,000 each and, in exchange, forced them to sign a contract promising never to press charges.

55. Over the years, several Popes have been accused of conspiracy to cover up sexual abuses among priests within the church.

56. The molestation and rape of children by Catholic priests in America resulted in more than $3.3 billion in settlements during the past 15 years.

57. Emperor Constantine did not create the Catholic Church, as is sometimes believed.

58. The Catholic Church has been a plot device in several horror movies, particularly The Exorcist.

59. Pope Formosus (815–896) is the Pope of the Roman Catholic Church whose dead body was exhumed, dressed in papal vestments, put on trial, and judged to be unworthy of the papacy. His papal edicts were deemed invalid, the fingers he used to perform sacraments were cut off, and his body was tossed into the Tiber River.

61. Catholics rely more on rituals and ceremonies than most other Christian religions.

Hope you enjoyed the ride of uncovering fun facts about the Catholic Church, please tell us your view in the comment section below. What to know more about tourist cities? Check out 61 Interesting and Fun Facts About Pope Francis or 61 Surprising And Fun Facts About Vatican City