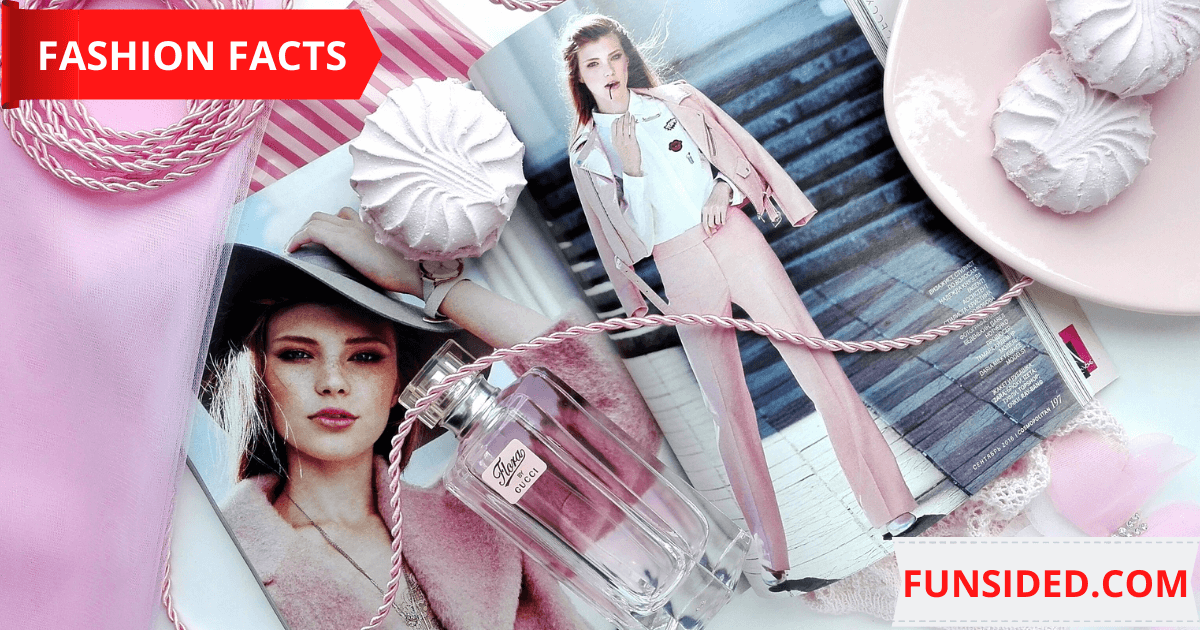 Do you know that Statistics suggest 9 out of 10 women own at least one item of clothing they have never worn? Every time we step out in our different attires at a party or social function, the piece of cloth we wear says a lot about our fashion sense consciously or unconsciously.  However, wearing the attires we like can be truly satisfying and fun, discovering some interesting, uncommon, and historical facts about women’s fashion can be more rewarding.  Ride with us as we go through these fun facts.

2. Surprisingly, women were only allowed to start wearing shorts after World War II due to a shortage of fabrics during the war.

3. Sounds bizarre but a woman was arrested in Boston on a beach in 1907 for wearing a one-piece swimsuit.

4. The first-ever fashion magazine sold was as far back as the 15th century in Germany.

5. Strange but true, the price of clothes has decreased massively by approximately 8.5% since 1992.

6. High heels have been in existence as far back as the 18th century.

7. The oldest type of clothing is often referred to as Loincloth while the second oldest is called a Skirt of which is still in vogue to date.

8. As funny as it may sound, prior to the 19th century, fashion companies often use dolls instead of models to promote their clothes.

9. The most expensive shoe in the world was designed by Harry Winston and was sold for a jaw-dropping $3,000,000.

10. The famous Lacoste crocodile logo was created in 1933.

11. The first fake eyelashes were created by a popular Hollywood movie producer called W. Griffiths. He is of the opinion that eyelashes embellish an actress’s beauty.

12. It is believed that a woman will buy an estimated 145 bags on average during her lifetime.

13. The fashion industry is so wealthy that they rake in an average of $20billion annually.

14. Shockingly, a woman on low cut about 100 years ago is usually deemed unfaithful by their husbands.

15. In ancient Europe, women wear green clothes as they believe they will aid their fertility.

16. Sounds strange but one of the major ingredients of the Lipstick is Fish Scales.

17. The famous bikini was invented in 1946 but was later banned by several countries after it was branded a sin by the Vatican.

19. The use of Sunglasses was started by celebrities in a bid to hide their identity when they bump into fans.

20. Surprisingly, in the 16th century, Pregnancy was termed Fashionable and a lot of women would put cushions underneath their clothes in an attempt to create a baby bump.

22. In the 19th century, Handbags were shockingly created to help women attract men.

23. In Manhattan, it is believed that an average person spends up to $362 on clothing per month.

24. Sounds strange but jewelry was first worn by men not women. It was regarded as a symbol of power and status amongst Kings & Royalties.

25. A collector of shoes is usually called a Sneakerhead.

27. It would intrigue you to know that women stand a high chance of been asked out by a man when putting on red.

28. Prior to the 1960s, wearing pants by women wasn’t considered fashionable in the US.

29. Back in the 1970s, wearing a mini skirt that’s too short will attract a fine or arrest by the South Korean police.

30. Christian Dior was the first fashion designer to design both the Pencil Skirt and A-line skirt in the early 1950s.

31. The world’s longest wedding dress holds a jaw-dropping record of 3km. It was designed by a Romanian Salon in 2012.

32. Since the Roman Empire, Purple has always symbolized class amongst royalties and the Elites.

34. Women who often dress like the boss are quickly appointed and promoted quickly.

35. Statistics suggest 9 out of 10 women own at least one item of clothing they have never worn.

37. A woman’s dress sense is the first thing that will attract him to a man.

39. Sounds bizarre but women tend to perform better in a mathematics test when wearing a sweater than a swimsuit.

40. Putting on black material in the court of law as an offender suggests tougher or harsh sentences.

41. Choosing the right combination of clothes can make a woman less anxious and depressed.

42. On average, women will eat up to 4LB of lipstick in their lifetime.

43. People often give money to those wearing the same fabric as them.

44. It would fascinate you to know that women notice first the shoe a man is wearing.

45. The first-ever Hoop skirt was worn by Queen Juana of Portugal due to her pregnancy.

46. In the 14th century, Anne Burgundy was the first woman to receive a Diamond engagement ring.

47. Paper disposable clothes in the 1960s were highly deemed fashionable.

48. Between the 16th and 17th centuries in Europe, shoe heels were usually painted red.

49. Sounds shocking but dating back to two centuries ago, there was no visible difference between left and right shoes.

50. The first person to ever wear the white wedding dress was Queen Victoria. Prior to the wedding, White was seen as a symbol of mourning.

51. Statistics suggest about 80% of women around the globe buy smaller sizes of shoes.

53. Prior to the 18th century, women don’t wear any underwear.

54. The penultimate shopping mall to sell clothes was built in Ancient Rome.

56. One of the most popular clothing items in the world is the T-Shirt and over two billion pieces are sold annually.

57. Looks unbelievable but you can now purchase a Bra that can also serve as a gas mask.

58. The inventor of the Bra Clasp was no one else than the famous author, Mark Twain.

60. The very first set of Doc Martens boots were made of tires.

61. An average American, spends a total of 11.5% of their income on clothing in the 1950s but their spending has now reduced drastically to a shocking 3.5%.

Do you find these women’s fashion facts interesting? Leave a comment below and share if you like the content. Do you know that Across the world, over three million first dates occur per day? Click here to check out more Interesting Relationship Facts that will Surprise you